1The Door to Political Power in South-eastern Nigeria 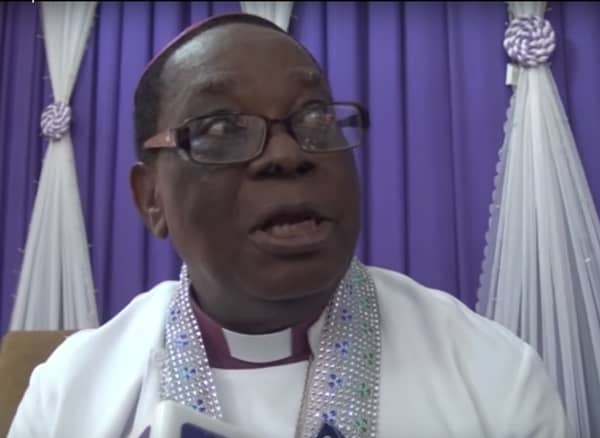 As Nigeria prepares for February’s presidential election, Archbishop Emeritus Maxwell Anikwenwa is among the critical Ibo ethnic group leaders who have shifted support away from President Muhammadu Buhari to challenger Atiku Abubakar. The question of whether Africa’s most populous nation turns back to the political party that has dominated this century could fall to influential men like Anikwenwa who rouse religious fervour.

Soldiers in Gabon have attempted a coup, announcing the establishment of a “restoration council” after taking over the national radio station. Reading out a statement, the officers condemned President Ali Bongo who addressed his compatriots last week from Morocco for the first time since reportedly suffering a stroke in October. Niger is a place where women have less education, lower living standards and less equality with men than just about anywhere else in the world, but a quiet revolution is playing out. Many women come to sidewalk courts every month to push for a divorce, frustrated not only by their husbands’ inability to earn a living during a time of economic hardship, but also because their basic views on relationships have changed.

4How Africa Might be Hit by a Chinese Slowdown With Chinese investment in some African nations worth more than some of those states’ own domestic spending, analysts fear the prospect of weaker investment in future and fading demand for commodity exports.

The newly built Cathedral of Nativity had its first Mass under heavy security on Sunday, the eve of Coptic Christmas, a day after a deadly bomb blast near a Coptic church. Mr Sisi, who declares himself a defender of Christians against extremists, told worshippers the simultaneous opening of the cathedral and the major Al-Fattah Al-Aleem mosque carried a message of unity.

Zimbabwean teachers will go on strike from Tuesday to press for salaries to be paid in U.S. dollars, a union said, as pressure builds on President Emmerson Mnangagwa. With not enough hard currency to back up funds showing in bank accounts, the value of electronic money has plummeted, prompting businesses and civil servants to demand payment in U.S. dollars they can withdraw.

Democratic Republic of Congo officials say they are delaying the announcement of the results of its presidential election until sometime later this week. Corneille Nangaa, head of the country’s electoral commission (CENI), said, “It is not possible to publish the results on Sunday. We are making progress, but we do not have everything yet.”

8The Ghanaian Tech Wiz to Look out For

Besides creating algorithms for Instagram and Snapchat and consulting for Twitter, Iddris Sandu is now working with Kanye West and Jaden Smith to create augmented-reality experiences around music and politics for the tech festival ComplexCon next year in Chicago. In 2019, he plans to go back to Africa to help students envision social platforms of their own. JPMorgan Chase & Co. acknowledged that Bear Stearns made millions of dollars of payments to a friend of the son of Libyan dictator Moammar Al Qaddafi around the time it raised $200 million for the country’s wealth fund. But the bank is refuting the Libyan Investment Authority’s central allegation in a London lawsuit that the funds were used to bribe and intimidate officials who awarded the 2007 bond deal. The company says payments were for help setting up introductions with the North African fund.

10Could Coachella have Tapped more into the Excitement around Afrobeats?

Right now though, Afrobeats’ global rise need Coachella more than the festival needs the genre. The pressure is on African performers to show that they can handle the spotlight, and emerge from the global underground.