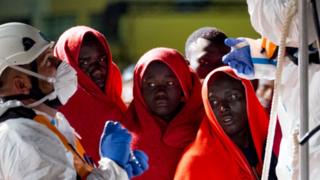 A controversial proposal by a German minister that foreign powers acquire land in Africa to curb migration has been rejected by the African Union, writes the BBC’s Dickens Olewe.

The European Union, or a body like the World Bank, should build and run cities in Africa in order to boost job creation and development on the continent, Germany’s Minister for Africa, Gunter Nooke, told the BBC in an interview in which he outlined his thinking on how to stem migration to Europe.

This will mean African countries leasing their land to a foreign body to “allow free development for 50 years”, Mr Nooke said.

It is a controversial idea, rejected by critics as reeking of colonialism. But others – like Carol Musyoka, an academic at Strathmore Business School, one of Kenya’s top universities – are open to the concept.

In a BBC interview, Ms Musyoka described the proposal as “fascinating”, and said she would support it if it was a genuine attempt to ensure that Africans – not foreign powers – benefited.

In 2009, he said developing countries should consider surrendering part of their territory to foreign states which would then build what he called “charter cities” from the ground up.

The cities, he added, would operate under a set of laws separate from the host country.

In 2008, Madagascar’s then-President Marc Ravalomanana expressed interest in implementing the plan in the Indian Ocean island following a meeting with Mr Romer.

He said two such cities would be built where locals and migrants from neighbouring states could live.

The opposition accused Mr Ravalomanana of treason, and organised protests which killed the idea and helped trigger his downfall in 2009.

Honduras’ then-President Porfirio Lobo Sosa also expressed support for the idea, saying in 2011 that “charter cities” would improve the lives of Hondurans by offering competitive jobs, better health and education, and a “top class” legal and security system.

The independent Honduran La Prensa newspaper said at the time that the plan would make the country “the Hong Kong of Central America”.

Mr Sosa failed to implement it, following a backlash from critics opposed to Honduras losing control over its territory.

Like in Europe, migration is a toxic political issue in the Americas and many Hondurans are part of the migration caravan moving towards the US border. 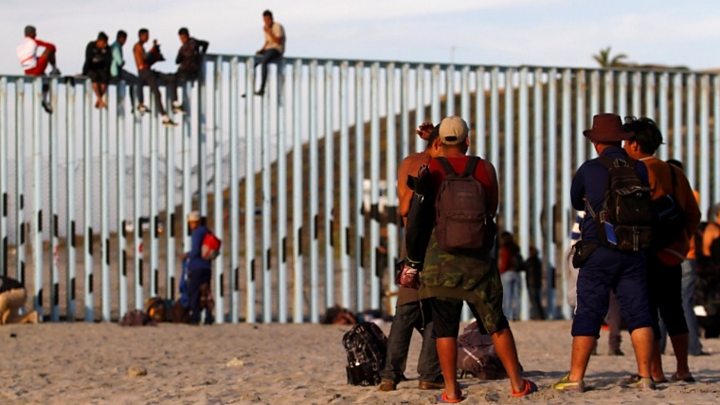 The current Honduran government hopes that the creation of what it calls special economic zones (SEZs) will boost development.

Although it has not fully outlined its plans, it has said that the SEZs would fall under foreign laws and foreign judges as this would make Honduras more attractive to Western investors, according to BBC Mundo’s Luis Fajardo.

“We believe that when these special economic zones come to life and people see how successful they are in terms of generating employment, the politicians from all the states [in Honduras] will ask for it,” Economics Minister Arnaldo Castillo told the BBC.

But resistance to the idea remains strong, with many poor Hondurans believing the SEZs will only benefit the rich, and will create extended gated communities which will living under rules separate from the rest of the country, Fajardo said.

Mr Romer, in a 2011 TED Talk, argued that foreign-run cities could be a model of efficient governance and offer a good quality of life, stopping people from migrating for economic reasons.

Some proponents of the idea see Hong Kong as a model. They argue that the Chinese territory owes its economic development to when it was under British control between 1841 to 1997.

Mr Nooke sees the cities as economic bases that would also provide education to young Africans.

“The basic idea is that these free cities will create growth and prosperity,” he told the BBC.

However, some warn the plan will not work.

“Creating an enclave economy would be a crazy idea,” Ken Opalo from Georgetown University in the US warned.

Such cities would trigger internal migration, and not benefit the whole economy or fix the myriad problems African states are grappling with, he said.

“However messy or corrupt, it would be best to work through state institutions,” Mr Opalo said, adding that the best way to help the continent is to invest in small and medium-sized businesses to create employment.

The African Union’s (AU) Director of Communication, Leslie Richer, also rejected the idea of foreign-run cities, saying it “is a lazy answer” to concerns about migration and “implies that Africa needs to give up sovereignty and accede to ‘management’ by international organisations”.

“I envision that our own African growth model will drive an African miracle. Sustained high economic growth in the continent will be driven by African unity and political and economic integration,” the AU envoy for Infrastructure Development, Raila Odinga, said.

But Mr Nooke is determined to pursue the idea of foreign-run cities, saying it “must be conceived in such a way that any conflict will be avoided” between European and African governments.

Ms Musyoka is among Africans who hope such cities will be built, saying she will accept “voluntary colonialism” because of the failure of many African governments to provide a better life for their people.

Her view will make the founding fathers of independent Africa turn in their graves, but it could gain currency among young Africans risking their lives to reach Europe to escape poverty, corruption and inefficiency.