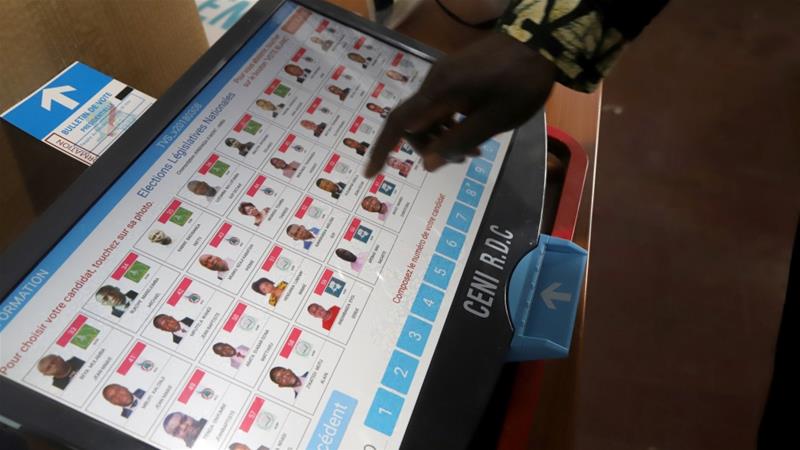 Kinshasa, DRC – The Democratic Republic of the Congo’s electoral commission (CENI) has postponed Sunday’s presidential and parliamentary vote in three cities in the vast country, citing concerns over Ebola and violence.

CENI said in a statement on Wednesday that election in the eastern cities of Beni and Butembo in North Kivu province and the western city of Yumbi – in Bandundu province – will take place in March 2019.

Voting will take place in the rest of the country as scheduled, the statement added.

There is an ongoing Ebola outbreak in the eastern part of the country with calls for the vote to be postponed. More than 320 people have so far been killed in the outbreak – the second worst in history.

The latest outbreak started in May 2018.

The electoral commission said official results of the presidential poll will be announced on January 15.

The announcement about the postponement comes four days after CENI told Al Jazeera that polls would take place in the Ebola-hit parts of the country.

Since November 28, there have been more than 500 confirmed cases of Ebola in North Kivu and Ituri provinces, according to the World Health Organization (WHO).

More than 46 million Congolese have registered to take part in the poll that has been repeatedly delayed.

The postponement has not gone down well with voter in Beni, an opposition stronghold. Many in the city are accusing the commission of denying them their democratic right to cast their ballot.

“This is just provocation. We can’t accept this after waiting for more than two years. We are not ready to allow another delay while we continue to die on daily basis from attacks and Ebola,” Simon Sikuli, a 34-year-old activist told Al Jazeera by phone.

“We can’t wait to go and vote on Sunday like all other Congolese. Why more delay for  Beni. We have been waiting for long and can’t afford another delay,” he added.

Meanwhile, Esperence Kasiviro, said election should be held no matter the situation.

“This new delay has come just to cause people here to revolt. It’s not normal and we cannot understand this regime what it wants. We have allowed them to delay up to Sunday but not up to March.

“This, we don’t really take. Enough is enough. They are not right to use Ebola as a reason to put us on hold. What if the epidemic is not off in March? We demand elections to be held here as well on Sunday.

“We have been victims for long and now, we want to get peace back for us to develop our territory. That’s all,” Kasiviro said.

Elections were first scheduled to be held in 2016. It was then postponed to December 23 this year and then to December 30.

Earlier this month, a fire destroyed one of the main warehouses of the electoral body, damaging nearly 80 percent of the 10,000 voting machines meant for the capital, Kinshasa, home to about 15 percent of the country’s electorate.

The highly-contested poll is meant to choose a successor to President Joseph Kabila, who is due to step down after 18 years in power.

As many as 21 candidates are competing for the country’s top job.

The DRC, a country of more than 80 million people, has not seen a peaceful transition of power since it gained independence from Belgium in 1960.