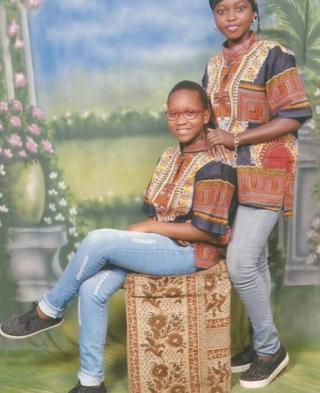 Tanzania’s President John Magufuli has said pregnant girls should be expelled from school. Here Jackie Leonard Lomboma, who runs a centre for teenage mothers in the eastern city of Morogoro, gives her reaction:

I was orphaned at three months old and raised by my grandfather in Tabora village in the central-western region of the country.

He struggled to provide me with my basic needs, however I managed to finish my primary school education.

He however did not have the money to pay for my secondary education so I stayed at home for two years.

The father of my child

It was at this time that I met a young man who offered to talk to his parents to pay my secondary school fees if only I accepted to be with him.

I was desperate and it was an opportunity to fulfil my dream. And that is how I became a teenage mother.

It was also the first time I had sex and I got pregnant.

I was young, pregnant and alone. Although I still had my dreams, there was little to show that my bleak situation would change.

My grandfather had kicked me out. I had no support. The traditions and customs were also not on my side either:

When a girl gets pregnant before getting married, you become like a curse to your family and everyone in the village, so I had to leave the area.

I lived alone without any family support or social support and also the father of my child was nowhere to be seen.

I didn’t know of any laws or anything that could have supported me to track him down.

My search would also be futile because he did not want to take responsibility and there was nothing I could do about it.

Eventually, when they decided to leave for another place, the mother asked me what I needed as a goodbye gift, something of value, to show appreciation for the work that I had done.

I told her I wanted to go to school.

It was a shock to her. She hadn’t expected that. She had thought I would ask for money.

She offered to giving me some starting capital to set up a business in Tanzania but I was resolute in my decision.

It was another opportunity to reclaim my dream and I was determined to see it through this time.

I reasoned that even if she gave me millions of shillings, I only had a primary-level education and I felt I needed knowledge and skill to know how to spend the money prudently.

Eventually she agreed to take me to school. That’s how my journey through secondary school started.

I joined a secondary school in Uganda and I was happy that there were other Tanzanians at the school and I quickly made friends.

There were, however, tough times. I was bullied and mocked and I found that difficult.

But I remained focused because I knew it was only through education that I could make a positive change in my life and give a better life to my daughter, Rose.

It is a big disappointment to hear the president say that girls who get pregnant should not be allowed back to school.

I am very disappointed because Tanzania is one of the poorest countries in the world and in order for us to overcome this we need to empower underprivileged groups like teenage mothers with education.

The biggest problem is that we are focusing on students who are in the school system, and not on the many who have already dropped out.

We have ignored this group who need help the most and acting like this is not a crisis – we are wrong.

I was empowered through education, that is why today I am supporting other girls to stand up again.