Tributes pour in for veteran lawyer who defended Nelson Mandela and other anti-apartheid activists. He died at 92. 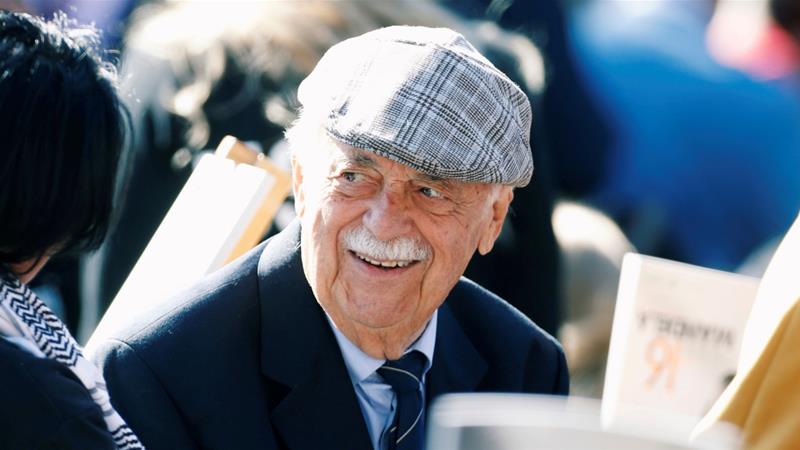 George Bizos, the anti-apartheid campaigner and human rights lawyer who defended Nelson Mandela during the decades-long struggle for South Africa’s democracy, has died.

Bizos died “peacefully” at his home in Johannesburg of “natural causes”, his family said late on Wednesday.

South African President Cyril Ramaphosa said the news of Bizos’s death was “very sad for us as a country”.

“An incisive legal mind and architect of our constitution, he contributed immensely to our democracy. We extend our deepest condolences to his family and dip our heads in his honour,” Ramaphosa said. 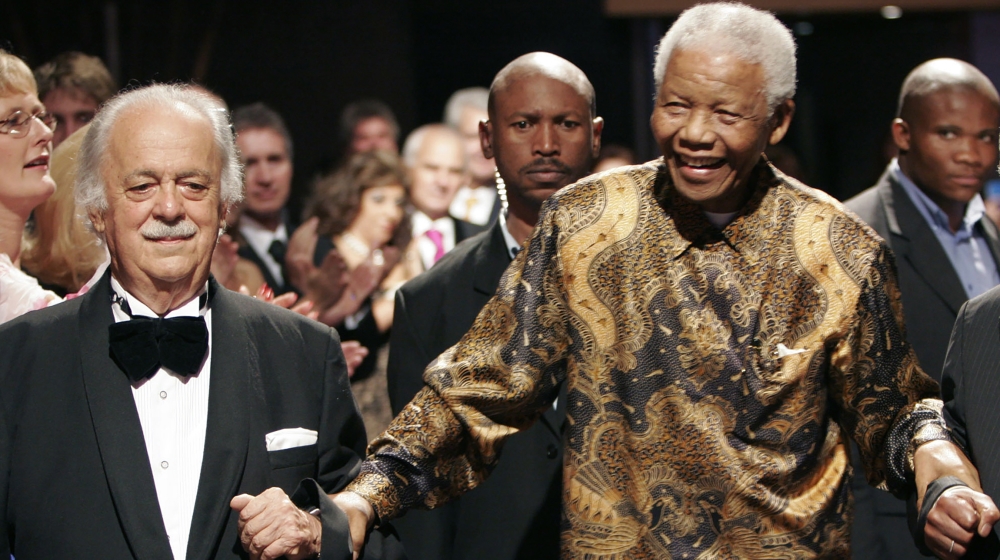 Bizos was born in Vasilitisi, southern Greece, in 1927. He arrived in South Africa in 1941 after he and his father fled the Nazi occupation of Greece in a small rowboat that drifted in the Mediterranean Sea for days before being picked up by a British destroyer.

He described these events in his 2007 memoir, Odyssey to Freedom.

“Despite being a beneficiary of apartheid as a WW2 refugee to the settler colony of South Africa, he embedded his life in our eternal quest to be collectively free,” said Thandi Matthews, senior researcher at the South African Human Rights Commission.

In South Africa, Bizos studied law at the University of the Witwatersrand in Johannesburg where he met Mandela and the two became lifelong friends.

Bizos represented Mandela and fellow anti-apartheid activist Walter Sisulu in the historic Treason Trial, which started in 1956 and ended in 1961 with the acquittal of all the defendants.

He then represented Mandela at the 1963 Rivonia Trial when Mandela and others were sentenced to life imprisonment on charges of seeking to overthrow the apartheid government.

“George was a great human being and one of South Africa’s greatest human rights fighters,” said Adam Habib, vice chancellor of the University of the Witwatersrand.

‘Fighter against evil and injustice’

Bizos continued to be active into old age. After retirement in 1990, he joined the Legal Resources Centre (LRC) as counsel in its Constitutional Litigation Unit.

As part of the LRC, Bizos appeared before the Marikana Commission of Inquiry and represented some of the families of the 34 striking mine workers killed by police in August 2012.

“In his time at the LRC, George played a critical role in the grooming of young attorneys who wanted to pursue human rights work,” said Nersan Govender, LRC chairperson.

Howard Varney, who worked with Bizos at the LRC, added: “The passing of Bizos removes a cherished link to the historic fight against evil and injustice. “

He received many rewards for his lifelong struggle for justice. In 1999, Mandela – who in 1994 had become South Africa’s first Black president – gave Bizos the Order for Meritorious Service.

Tributes have been pouring in for Bizos since the news of his death emerged.

“George had been captured on camera with tears pouring down his face as the people he was defending with Arthur Chaskalson in the Delmas Treason Trial were sent to long terms of imprisonment,” said Albie Sachs, former judge on the Constitutional Court of South Africa and human rights activist.

“He was always warmhearted, emotional, passionate, brave and very principled – this in a profession noted for its coldheartedness, rigidity and opportunism.”

Wim Trengove, senior advocate at the Johannesburg bar association, said: “Bizos had an extraordinary combination of tenacity and gentle humanity. He heroically fought the apartheid government before hostile courts for months and years on end. To do so took superhuman strength and perseverance.”

And John Dugard, international law professor and a friend of Bizos, recalled: “No lawyer did more to oppose the injustices of apartheid in South Africa than George Bizos. He was unique among lawyers in providing not only legal advice but also moral support to those he defended. His empathy for the suffering of those who opposed apartheid was legendary.”

Bizos is survived by three sons and seven grandchildren.