A video circulated on social media showed a number of men running from the grounds of a prison near Cape Town. 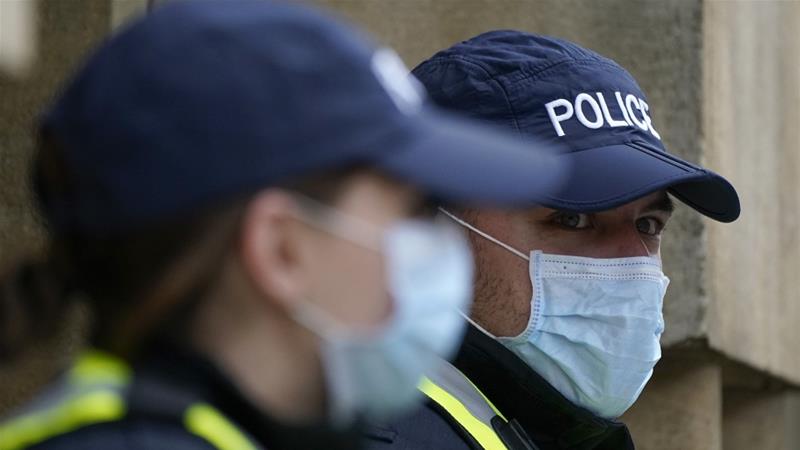 South African police and correctional services have launched an extensive search for prisoners who escaped from a prison in Malmesbury, near Cape Town.

“We don’t have numbers yet as the manhunt is under way,” correctional services spokesperson Logan Maistry told the dpa news agency on Friday.

The search party, which includes detectives on foot and in vehicles, has already rearrested several of the escapees, police and correctional services said.

Traffic chief Kenny Africa told local media he received information of a light delivery vehicle that has been hijacked and that traffic officers were on high alert.

A video circulated on social media by well-known anti-crime activist Yusuf Abramjee showed a number of men running from the prison grounds.

Prisoners escape Malmesbury. Some even hijacked a vehicle. pic.twitter.com/HqugqzLu5M

Other videos showed men with their hands behind their backs being led into the back of a vehicle by police officers.

Witness Justus Schoonraad, a high school principal, was quoted by local media as saying some prisoners jumped the fence and made their way onto the school premises.

“I was sitting at my desk and then I heard a few shots from the vicinity of the prison and that is about 400m from the school,” he said.

“I saw a lot of guys running around, and these guys were running all over the place.”

It is not known how the prisoners, who are all awaiting trial, escaped, but Maistry said an investigation is under way and they would provide details as soon as possible.

Police warned members of the public not to try and apprehend any of the prisoners, but to call authorities instead.