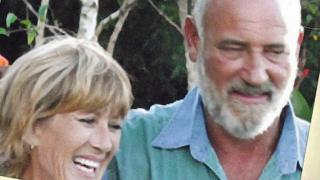 A South African businessman facing terrorism charges in Mozambique has died in custody of suspected poisoning, his daughter has told the BBC.

Andre Hanekom was arrested in August and then accused of being a leader of a jihadist group in northern Mozambique.

His daughter said he had become ill on Saturday in Pemba jail, bleeding from the stomach and convulsing.

He had died before a court hearing this month where he hoped to prove his innocence, Andrie Hanekom said.

Contacted by the BBC, police said they had not been informed of Mr Hanekom’s death and could not comment.

“His family are absolutely broken. We have tried for six months for the world to see he was an innocent man and we have lost him. We were so close – his court hearing was supposed to be this week,” Ms Hanekom told the BBC.

“My father was a good man. He was an amazing father. He was a very, very honest straight-forward person. He did only his best for his family for years in Mozambique and South Africa. I want the world to know that,” she said.

What charges did he face?

In January, months after his detention, the public prosecutor’s office in Cabo Delgado named Mr Hanekom and two Tanzanians as leaders of a jihadist group, which has been terrorising the gas-rich northern province for more than a year.

Mr Hanekom had been paying militants a monthly wage of an equivalent to about $164 (£126), the prosecutor alleged.

These weapons were regarded as sufficient proof of his involvement in the finance, logistics and co-ordination of the attacks, the prosecutor’s office said.

The objective of the group was to set up an independent state in northern Mozambique and southern Tanzania, which would prevent the exploitation of the vast reserves of natural gas discovered off the coast of Palma, it added.

What do the family say?

Mr Hanekom’s wife, Francis, who has been campaigning for his release, dismissed the allegations as “nonsense”.

She said the couple had lived in Palma, running a maritime business, for about three decades and had no interest in politics.

Machetes were found in every Mozambican home and the “gunpowder” was likely to have been from flares on the couple’s boat, the AFP news agency quoted her as saying in January.

Andrie Hanekom said her father was taken ill on Saturday, when he had become paralysed and unable to speak – with guards only allowing her mother to see him for a few minutes at a time.

Andrie’s sister, Amanda, posted on Facebook that their father had been due in court and they had “mountains of proof of his innocence”.

My dad died early this morning in mysterious circumstances in the hospital in Pemba.
His court case was going to be next…

Who are the militants?

They have been carrying out beheadings and attacks on villages and defence targets in some districts of Cabo Delgado since October 2017.

Known locally as al-Shabab, the group was formed in 2015 as a religious organisation and has no known links to the Somali jihadist group of the same name.

It is thought early members of the group were followers of a radical Kenyan preacher who was killed in 2012.

They moved south and settled in Kibiti in Tanzania, which borders Mozambique.

The group is believed to be making millions of dollars from selling timber and rubies.