One person survives crash that occurred within minutes of takeoff from the capital, Juba. 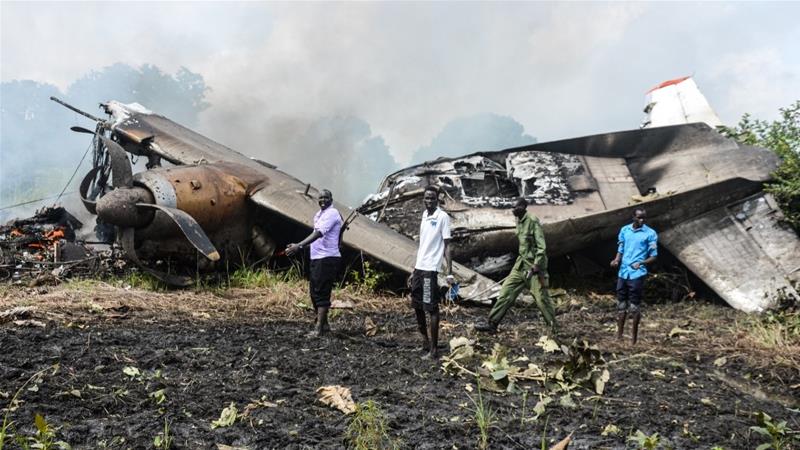 A cargo plane belonging to a local operator has crashed near South Sudan’s capital, killing four passengers and three crew members, according to the country’s transport minister.

The aircraft crashed in the Kameru neighbourhood shortly after its early morning takeoff on Saturday from Juba’s international airport.

“There were eight people on board, three passengers and five crew. A single person from among the passengers survived and she is in good health,” Transport Minister Madut Biar Yel told AFP news agency.

“The four other passengers and the three crew members are dead.”

According to the minister, the crew members were Russian while the passengers were all South Sudanese.

The plane owned by local company South West Aviation had been carrying cash to the Wau region in the country’s northwest for Juba-based Opportunity Bank, according to AFP.

Several planes have crashed in recent years in South Sudan, a country emerging from a ruinous civil war that broke out in 2013, two years after it gained independence from Sudan.

In 2015, 36 people were killed when a Soviet-era Antonov plane crashed just after takeoff from Juba.

In 2017, 37 people had a miraculous escape after their plane hit a fire truck on a runway in northwestern Wau before bursting into flames.

Nineteen people were killed in 2018 when a small aircraft carrying passengers from Juba to the city of Yirol crashed.