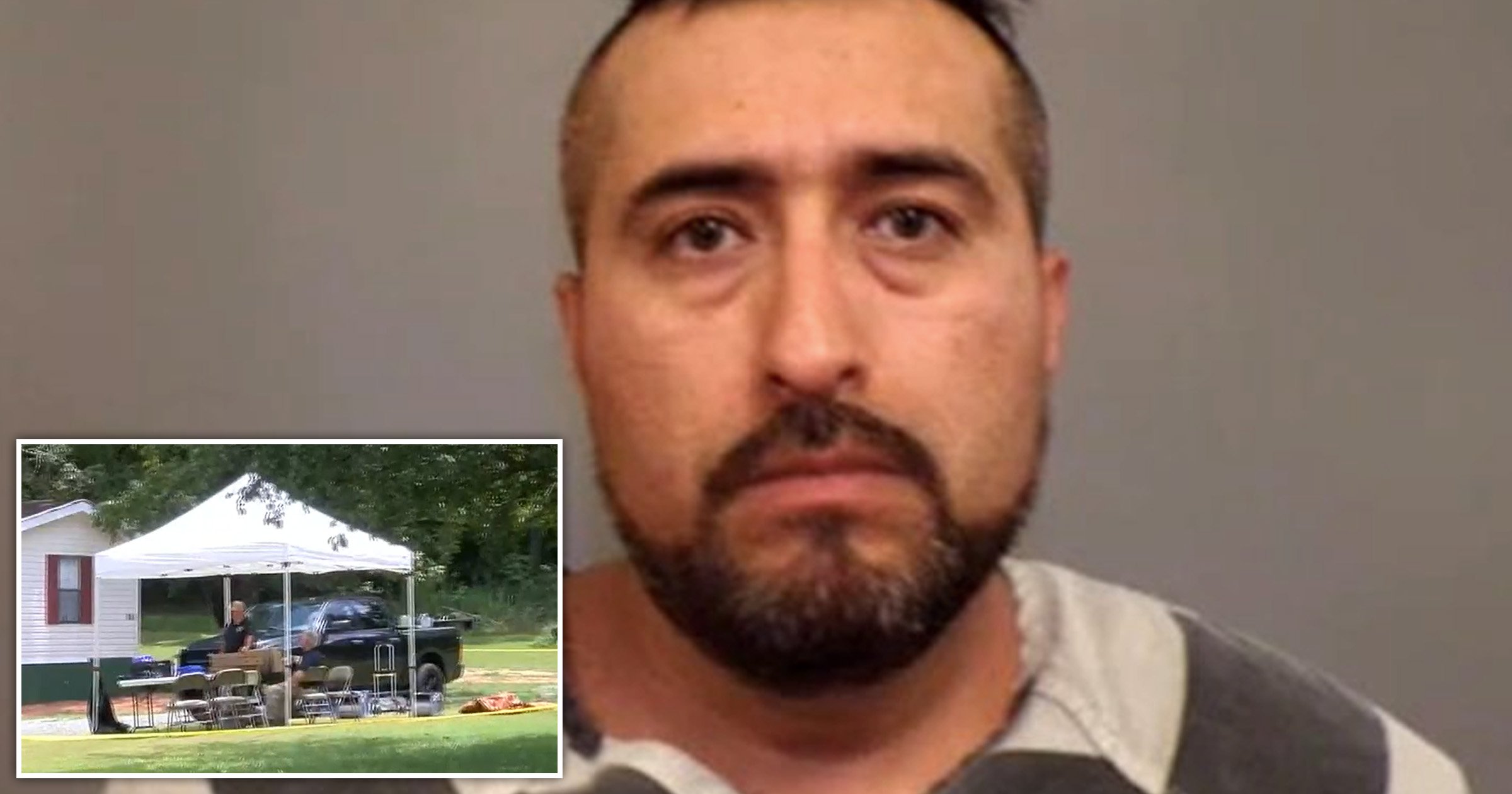 A 12-year-old girl chewed through restraints to escape after being held captive for a week in Alabama, and eventually led investigators to two decomposing bodies.

Jose Paulino Pascual-Reyes, 37, has been accused of abducting the young girl, tying her to bed posts and keeping her in a ‘drugged state’ with alcohol, according to a criminal complaint filed in Tallapoosa Circuit Court.

A motorist discovered the 12-year-old wandering along a rural road Monday morning and immediately called the police, setting off an investigation that led to Pascual-Reye’s arrest, AL.com reported.

After the girl was discovered, a team of state, local and federal investigators worked to arrest the suspect, Tallapoosa County Sheriff Jimmy Abbett said.

‘I would say she’s a hero,’ Abbett said, noting: ‘She is safe now. We want to keep her that way.’

Pascual-Reyes has been charged with kidnapping, two counts of murder and two counts of corpse abuse, according to court records. He being held at the Tallapoosa County Jail.

Investigators searched Pascual-Reye’s mobile home, not far from where the young girl was found, and discovered two decomposing bodies.

The remains of those bodies were sent to the Alabama Department of Forensic Sciences for identification.

Authorities have not shared any additional information about the bodies or the ongoing investigation.

‘It’s a fluid investigation,’ Abbett said. ‘Things are changing, and I don’t want to jeopardize the identification of our juvenile.’

Pascual-Reyes is reportedly facing multiple counts of capital murder in connection to the decomposing bodies found in his mobile home. There were other people inside the home at the time authorities arrived, but Abbett could not elaborate further.

‘It’s horrendous to have a crime scene of this nature,’ he said on Tuesday.