There were several reasons Republicans struggled to translate votes into seats, including candidate quality and strength in the wrong places. 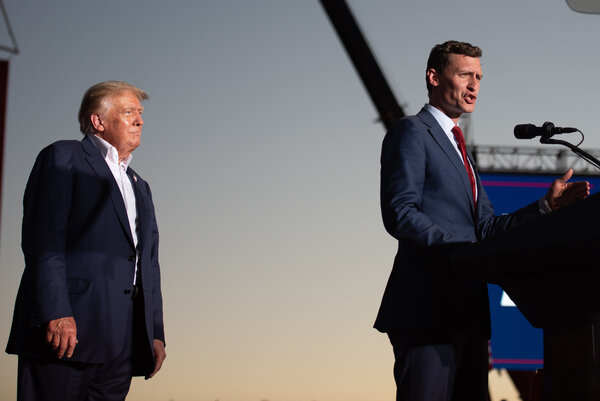 Here’s a figure about the 2022 midterm elections that might surprise you: Republicans won the national House popular vote by three percentage points — 51 percent to 48 percent. They still won by two points after adjusting for races in which only one major party was on the ballot.

Yes, that’s right: Republicans won the popular vote by a clear if modest margin, even as Democrats gained seats in the Senate and came within thousands of votes of holding the House.

If you’re looking to make sense of the 2022 election, the Republican lead in the national vote might just be the missing piece that helps fit a few odd puzzle pieces together.

The national polls, which showed growing Republican strength over the last month of the campaign, were dead-on. On paper, this ought to have meant a good — if not necessarily great — Republican election year.

Imagine, for instance, if the Republicans had run seven points better than Joe Biden’s 2020 showing in every state and district, as they did nationwide. They would have picked up 21 seats in the House, about the number many analysts expected. They also would have easily won the Senate, flipping Arizona, Nevada, Georgia, and holding Pennsylvania.

Yet for a variety of reasons, Republicans failed to translate their strength into anything like a clear victory.

The Republican win in the national House popular vote is not illusion. It is not a result of uncontested races. It is not the result of lopsided turnout, like Californians staying home while Texans showed up to vote. The Republicans would still lead even if every county or state made up the same share of the electorate that it did in 2020.

It is not just about one or two Republican shining successes, like Florida or New York, either. Republicans outran Donald J. Trump’s 2020 showing in nearly every state. The exceptions are all very small states with one or two districts, where individual races can be unrepresentative of the broader national picture.

Under a lot of circumstances, this Republican showing would be impressive. Consider, for instance, that Republican candidates won the most votes for U.S. House in all four of the crucial Senate states where Republicans fell short: Pennsylvania, Arizona, Georgia and Nevada.