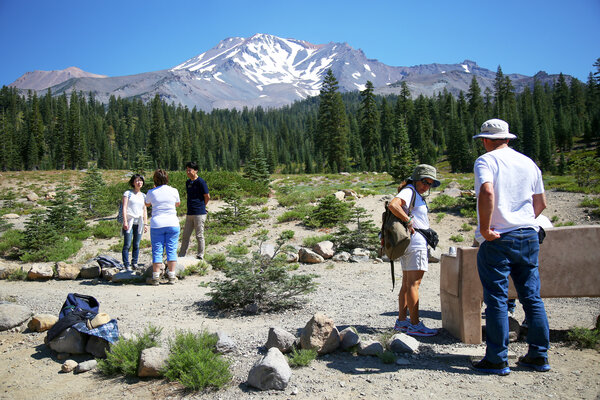 Nearly five years ago we brought you the story of a little town an hour south of the Oregon border that was doing battle with a big timber company over who owned the rights to a pristine spring that gurgles in the shadows of Mount Shasta, the majestic snow-capped dormant volcano.

After $1.5 million in legal fees and countless hours of argument and activism, the City Council of that town, Weed, Calif., recently approved a deal securing use of the water in perpetuity. It was a David-over-Goliath victory for Weed, population 2,700. And it was an especially sweet moment for a small group of residents whose political views ran the gamut from left to right but who put aside those differences in their collective fight to win back what was in their view the town’s rightful ownership of spring water that has been piped into homes in Weed for more than a century.

“It was a long, grinding campaign,” said Bruce Shoemaker, one of the residents who helped found Water for Citizens of Weed, CA, the group that fought to regain the city’s rights to the spring.

“We did not have a tradition of community activism until this came along. And there were a lot of odds against this little town going up against big corporate behemoths,” Mr. Shoemaker said.

“This never would have happened had people not stood up.”

The costs of the battle, in both money and time, are a reminder of how precious and contested water can be in California, a timely parable for a state now slipping back into drought.

The legal battle also took its toll on the residents who got involved. In 2017, after residents lodged a complaint to state agencies claiming the city’s right to the water, the timber company that claimed rights to the spring, Roseburg Forest Products, sued the city, Water for Citizens of Weed and its nine members individually.

With the help of pro bono lawyers, the residents argued that Roseburg’s suit was an intimidation tactic, a strategic lawsuit against public participation, or SLAPP suit. A judge ruled in favor of the residents, and an appeal by the timber company was ultimately dropped.

A separate eminent domain lawsuit by the city was underway when the water deal emerged.

Mr. Shoemaker concedes that residents would have preferred free access to the water — for decades the city was paying a symbolic $1 a year for the water before Roseburg made its demands in 2016 that set off the cascade of legal wrangling.

Walgreens had not been following guidelines from the Centers for Disease Control and Prevention on the spacing of Pfizer vaccine doses. But after complaints from customers, the pharmacy chain will do so. [New York Times]

A new virus variant that is thought to have been behind the surge of cases in India was detected in the Bay Area. It is believed to be the first time the variant has been detected in the U.S. [The Hill]

California is nearing four million vaccine doses administered in the state, a target that would allow the state to reopen more broadly. [Los Angeles Times]

The Long Beach Convention Center will become a temporary facility to hold migrant children — the second in the state — later this week. The facility could hold up to 1,000 children. [Los Angeles Times]

California’s prison systems are scrambling to rehouse hundreds of transgender inmates who have requested housing transfers under a new law. [Los Angeles Times]

Uber may soon stop letting California drivers see ride destinations before picking up passengers and set their own pricing. The company said the moves have made the service unreliable as too many drivers were selecting the most lucrative rides. [San Francisco Chronicle]

A video captured off Dana Point in Orange County showed hundreds of dolphins swimming along the coast. [SFGate]