It may not be a household name, but few publications have had the reach, and potentially the influence, in American politics as The Western Journal.

Even the right-wing publication’s audience of more than 36 million people, eclipsing many of the nation’s largest news organizations, doesn’t know much about the company, or who’s behind it.

In a New York Times investigation, Nicholas Confessore and Justin Bank found that the site, which stokes outrage and curates a narrative in which conservatives and their values are under constant assault, is caught in a high-stakes clash between Silicon Valley and Washington. The site has struggled to maintain its audience through Facebook’s and Google’s algorithmic changes aimed at reducing disinformation — actions the site’s leaders see as evidence of political bias.

You can read the full investigation here. But if you have time only for the highlights, here’s what the reporters learned.

The Western Journal’s audience is huge, but precarious.

The publication does almost no original reporting, instead repackaging stories found elsewhere that fit into right-wing narratives chosen by the site’s editors. After an editor finds a worthy story, it is handed off to a pool of contract writers who typically have 30 minutes to write a story. Most work remotely.

It was a model that worked strikingly well — for a while. In the three years ending in March, Western Journal posts on Facebook earned three-quarters of a billion shares, likes and comments, nearly as many as the combined tally of 10 leading American news organizations.

But each of the tech giants began limiting its reach. Google News blacklisted it for what it considered deceptive business practices, Apple News followed after saying it produced stories that promoted “views overwhelmingly rejected by the scientific community,” and Facebook downgraded The Western Journal after it was repeatedly dinged on fact-checking sites.

Its founder has a history of divisive politics.

Floyd G. Brown, who founded the site, is a political activist who has chosen writing as his weapon. He began his career with the race-baiting “Willie Horton” ad during the 1988 presidential campaign, which used mug shots of a black convicted murderer to stoke fears that the Democratic candidate, Michael Dukakis, was soft on crime.

In the 1990s, he peddled opposition research and conspiracy theories about Bill Clinton. In the 2000s, he helped form a network of political action committees that made ads attacking Barack Obama, including one that questioned whether Mr. Obama was a secret Muslim.

The company also has unusually close ties with a pro-Trump PAC, America Fighting Back. Mr. Brown is the PAC’s chairman.

Mr. Brown’s son Patrick served as chief executive of the site until he stepped down in August to take a medical leave. Early in his publishing career, Patrick Brown initially focused on uplifting and nonpolitical stories, but eventually adopted its right-wing focus.

The site has amplified claims of political bias in Big Tech.

Its leaders didn’t buy explanations from the technology companies on why the publication had been downgraded or suspended, echoing the common complaint in conservative media that Big Tech was biased against them.

To cope with the changes, it began, in the words of Patrick Brown, “backing into something that looks more like a traditional media company.” It launched a corrections page and hired copy editors with traditional journalism training. It removed thousands of old stories, published editorial standards and renamed its army of related Facebook pages to tie them to a single brand.

It has now rebounded, but is about half of its prior size. Later this year, the Browns will release a smartphone app intended to sidestep the gatekeeping of Big Tech. 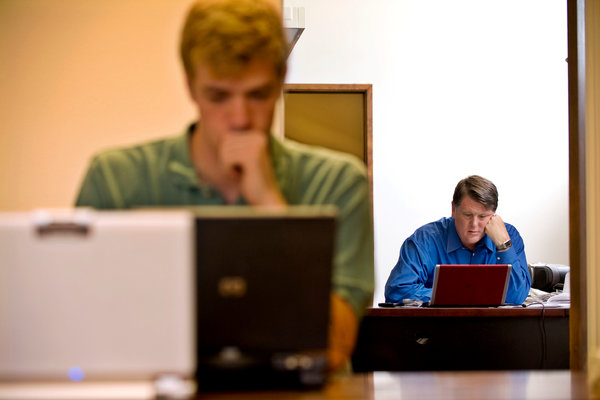 Daniel Victor is a Hong Kong-based reporter, covering a wide variety of stories with a focus on breaking news. He joined The Times in 2012 from ProPublica. @bydanielvictor

A 3-alarm fire broke out in Chinatown Thursday night, tearing through a city-owned building that houses multiple non-profit organizations and a senior center, officials said.…