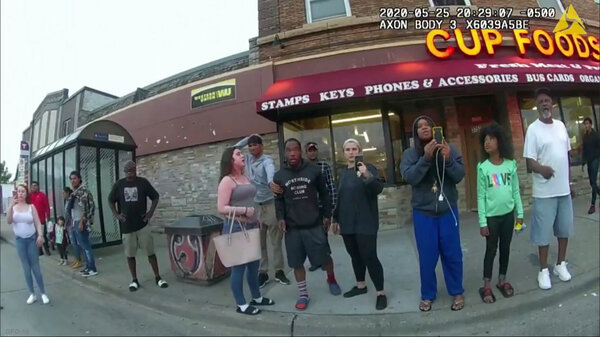 Since the first day of the trial of Derek Chauvin, it has been one of the central arguments in his defense: that the bystanders who witnessed George Floyd’s arrest last May in Minneapolis also influenced Mr. Chauvin’s actions.

On Wednesday, Eric J. Nelson, a lawyer for Mr. Chauvin, returned again to the crowd of people who had gathered outside Cup Foods and watched Mr. Chauvin kneel on Mr. Floyd, their voices raised and their cellphones recording. Mr. Nelson repeated insults that had been heard on videos from that day and suggested that the bystanders made up an aggressive and unpredictable group.

Asked if the crowd was growing “more excited,” a use-of-force expert for the prosecution, Sgt. Jody Stiger of the Los Angeles Police Department, answered, “They became more concerned.”

Police policies generally advise how officers should react when they are being heckled by bystanders or filmed with smartphones, an increasingly common occurrence, said Chuck Wexler, executive director of the Police Executive Research Forum, a nonprofit in Washington.

Three other officers were present during Mr. Floyd’s arrest, and in an ideal situation, Mr. Wexler said, Mr. Chauvin would not have been directly monitoring the crowd.