A day after he refused to condemn white supremacists at the first presidential debate, President Trump unleashed a xenophobic attack on Representative Ilhan Omar at a rally in Minnesota Wednesday night, accusing her of telling “us” — meaning his overwhelmingly white audience — “how to run our country.”

Ms. Omar, Democrat of Minnesota and an outspoken Trump critic, especially on immigration, is one of the first two Muslim women to be elected to Congress. She came to the United States in 1995, at the age of 12, after fleeing Somalia’s civil war and spending four years in a refugee camp, and she has been an American citizen for 20 years, since she was in high school in Minneapolis.

But Mr. Trump, who has a long history of demeaning female adversaries — especially women of color and Ms. Omar in particular — questioned her standing as an American during a rant about a video posted by a right-wing group allied with him that researchers say is part of a coordinated disinformation campaign. The video accuses Ms. Omar’s campaign of ballot harvesting but provides no verifiable evidence that her campaign collected ballots illegally or was involved in voter fraud.

Chants of ‘‘lock her up” broke out during a campaign rally for President Trump after he accused Representative Ilhan Omar of telling “us” how “to run our country.”

“Another massive issue for Minnesota is the election of Joe Biden’s plan to inundate your state with a historic flood of refugees.” [crowd booing] “Biden and crazy Bernie Sanders have agreed on a manifesto. Did you see last night? ‘I didn’t agree. I didn’t agree,’ after the show. They said, oh, actually he did. Oh, great. They fact-checked, they found out he made a mistake, slight mistake. It’s the worst thing you’ve ever seen. But they pledged a 700 percent increase in refugees — 700 percent. Congratulations Minnesota. Congratulations — now what about Omar, where she gets caught harvesting?” [crowd booing] “What the hell is going on? I hope your U.S. attorney is involved. What is going on with Omar? I’ve been reading these reports for two years about how corrupt and crooked she is —” Crowd: “Lock her up! Lock her up! Lock her up!” “Let’s get with it. Let’s get with it. I mean, frankly harvesting is terrible, but it’s the least of the things that she has done. How the hell — then she tells us how to run our country. Can you believe — how the hell did Minnesota elect her? What the hell is wrong with you people? What the hell happened?” 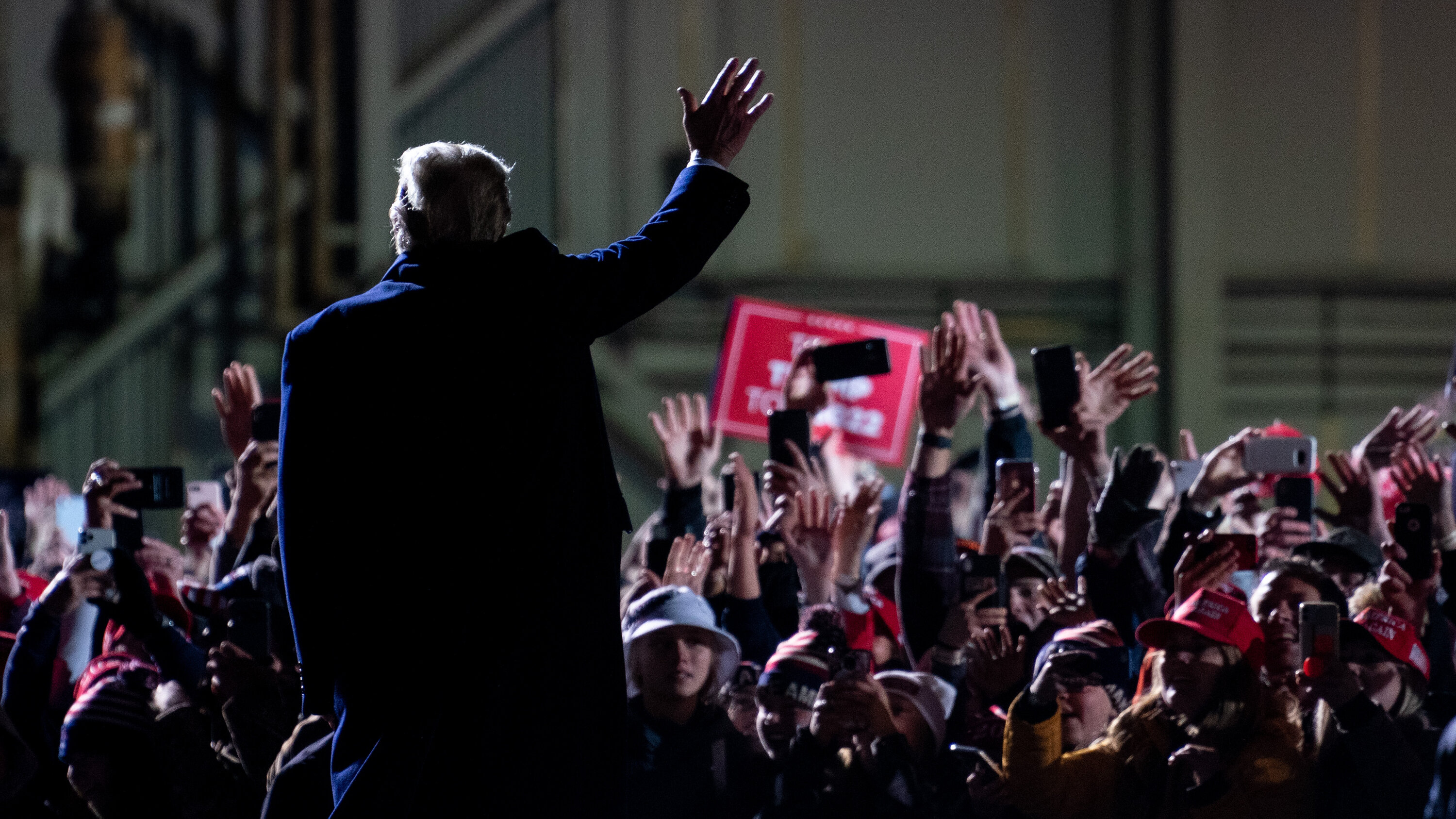 As Mr. Trump rattled off his grievances against Ms. Omar, the crowd chanted, “Lock her up!”

“Harvesting is terrible, but it’s the least of things that she has done,” Mr. Trump said. “Then she tells us how to run our country, can you believe it? How the hell did Minnesota elect her? What the hell is wrong with you people — right? What the hell happened?”

Mr. Trump, his voice rasping amid a cascade of boos, also hammered at his Democratic opponent, Joseph R. Biden Jr., for his pledge to roll back sharp Trump administration restrictions on admitting refugees if he is elected. Mr. Biden has called for raising Mr. Trump’s cap of 18,000 refugees admitted per year nationwide to 125,000, slightly above the level President Barack Obama said should be allowed in his final year in office.

“Another massive issue for Minnesota is the election of Joe Biden’s plan to inundate your state with a historic flood of refugees,” he said.

“Seven hundred percent increase, refugees, coming from the most dangerous places in the world, including Yemen, Syria, and your favorite country, Somalia, right?” Mr. Trump said later, to a chorus of boos.

Minneapolis is home to about 57,000 people of Somali descent, and Minnesota has one of the largest Somali populations in the country.

While Minnesota has not been carried by a Republican since 1972, Hillary Clinton won the state by less than 2 percent in 2016. Polls of the state show Mr. Biden with a substantial lead over Mr. Trump.

Mr. Trump’s comments on Wednesday track closely with a series of tweets last year in which he told a group of four progressive congresswomen of color, including Ms. Omar, to “go back” to where they came from, even though all are American citizens and all but Ms. Omar were born in the United States.

“Not only is the president a racist, but he’s a racist xenophobic,” Ms. Omar said last week after Mr. Trump made similar comments about her at a rally.

“The president clearly loves to prey on people’s fears,” she said. “He spreads the disease of hate everywhere he goes. These cult rallies that he’s holding across the country are now being fueled by fear.”