Erick Ortiz lay in a hospital bed just before Thanksgiving, struggling to breathe. Unable to see his family, he texted his wife, concerned about his high school chemistry students: “Have they assigned a sub for my classes?”

Four days later, he was put on a ventilator. He would never recover.

Mr. Ortiz’s death last month after testing positive for the coronavirus devastated his family and colleagues at Charles H. Milby High School, which serves one of Houston’s poorest neighborhoods, and heightened concern among educators throughout the city about in-person teaching during the pandemic.

“I don’t want this to ever happen to another teacher,” said Maria Ortiz, Mr. Ortiz’s widow, who retired from teaching in 2019. “They have to be protected as well.”

There is no indication that teachers are dying at a higher rate than other professionals, and no evidence that the coronavirus is spreading faster in schools than in communities at large, especially in districts where health precautions are strictly followed. Federal researchers said Tuesday that they had found “little evidence that schools have contributed meaningfully to increased community transmission” in places that take safety seriously.

But the special role that teachers play in their communities, through their connection with children and families, and the concern among educators about the safety of in-person teaching has made the losses especially painful and disruptive in many places.

“There are educators that are dying and have died from this,” said Daniel A. Domenech, executive director of the American Association of School Administrators, which represents 9,000 superintendents across the country. “When that happens, that makes the situation even harder to try to convince others to move ahead.”

Though there is no definitive account of how many of the nation’s 3.5 million teachers have died during the pandemic, the American Federation of Teachers, one of the nation’s largest teachers’ unions, said it was aware of 530 school employees lost to Covid-19 last year. 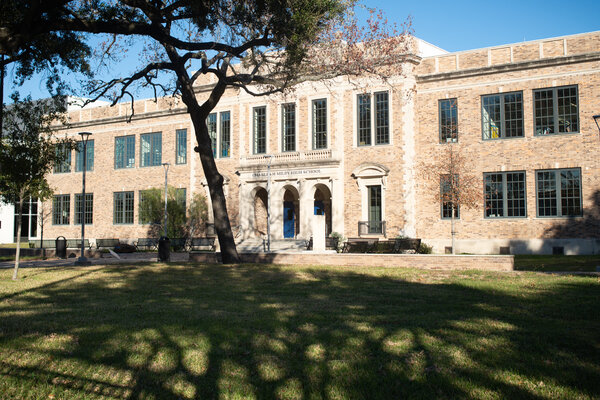 The Houston Independent School District, like many across the country, said that it had taken the kind of steps recommended by public health officials, including a mask mandate, social distancing and plexiglass barriers in classrooms. But many educators said that those rules were not strictly enforced, and that the precautions were inadequate or unevenly applied.

Mr. Domenech said school superintendents find themselves trying to balance teacher safety concerns with the need for in-person learning, to combat the many inequities of remote schooling. “They will always be under fire from the teachers who feel that they’re being forced to go into a situation that they don’t think is safe,” he said, “and from parents who either want their kids in or out.”

Educators lost to the virus in recent weeks include a married couple who taught at public schools in Grand Prairie, Texas, and died within hours of each other; an art teacher in Fayetteville, N.C., whose students left her personal messages on a memorial outside the school; and a gym teacher and coach in Lincoln County, N.C., whose family hung a Nerf basketball goal off the TV in his hospital room to try to distract him as he lay dying.

The lack of contact tracing in most of the country, as well as the rapid spread of the virus throughout much of the United States in recent months, makes it nearly impossible to know where most of those teachers contracted the virus. But their deaths have still contributed to the heated debates in communities over school safety.

The death of Patrick Key, an elementary schoolteacher in Powder Springs, Ga., who lost a monthlong battle with Covid-19 on Christmas morning, intensified pressure to halt in-person learning in Cobb County’s school district. After two other district teachers died last week, more than a hundred educators showed up for a protest ahead of a school board meeting.

Two board members and the superintendent declined a request to wear masks during a moment of silence to honor Mr. Key, whose obituary asked that in lieu of sending flowers for his funeral, people buy and wear face coverings.

In Montgomery, Ala., the deaths of at least four school employees who had been battling the virus have added to the sense of alarm. The most recent was a 49-year-old music teacher. On Monday, the superintendent announced that Montgomery schools would move to remote classes and most likely resume in-person instruction only once vaccines are available for the district’s 4,500 employees.

Some states have prioritized educators for vaccinations, but not all. And even in places where teachers are near the front of the line, officials say it could take months to vaccinate everyone who works in schools. Even then, many teachers remain concerned about returning to classrooms as new, apparently more contagious variants arise.

Mr. Ortiz’s death in December had a galvanizing effect on educators in Houston. The following week, teachers at about 50 schools in Harris County participated in a nationwide sickout to demand a safer learning environment during the pandemic.

“He could have been me,” said Traci Latson, 50, a teacher at Meyerland Performing and Visual Arts Middle School, who described in-person instruction in Houston as “Russian roulette.” Mr. Ortiz’s death prompted her to get her will and financial affairs in order, she said.

Under Texas law, teachers and their unions lack collective bargaining power, unlike in many Northern states, where some teachers and their unions have resisted returning to classrooms because of concerns about their safety. In Chicago, tensions over reopening plans have escalated to the point where the district told parents not to send their children to school on Wednesday because teachers refused to come to work in person and may strike.

Public health experts have largely come to agree that schools, particularly elementary schools, are unlikely to seed transmission of the virus when community spread is low — provided those schools use mitigation strategies. That thinking was bolstered again Tuesday by a study from the Centers for Disease Control and Prevention, which looked at 17 schools in rural Wisconsin where mask wearing was common; it found that of 191 infections among staff members and students during the fall, seven resulted from in-school transmission.