Erika López Prater, an adjunct professor at Hamline University, said she knew many Muslims have deeply held religious beliefs that prohibit depictions of the Prophet Muhammad. So last semester for a global art history class, she took many precautions before showing a 14th-century painting of Islam’s founder.

In the syllabus, she warned that images of holy figures, including the Prophet Muhammad and the Buddha, would be shown in the course. She asked students to contact her with any concerns, and she said no one did.

In class, she prepped students, telling them that in a few minutes, the painting would be displayed, in case anyone wanted to leave.

Then Dr. López Prater showed the image — and lost her teaching gig.

Officials at Hamline, a small, private university in St. Paul, Minn., with about 1,800 undergraduates, had tried to douse what they feared would become a runaway fire. Instead they ended up with what they had tried to avoid: a national controversy, which pitted advocates of academic liberty and free speech against Muslims who believe that showing the image of Prophet Muhammad is always sacrilegious.

After Dr. López Prater showed the image, a senior in the class complained to the administration. Other Muslim students, not in the course, supported the student, saying the class was an attack on their religion. They demanded that officials take action.

Officials told Dr. López Prater that her services next semester were no longer needed. In emails to students and faculty, they said that the incident was clearly Islamophobic. Hamline’s president, Fayneese S. Miller, co-signed an email that said respect for the Muslim students “should have superseded academic freedom.” At a town hall, an invited Muslim speaker compared showing the images to teaching that Hitler was good. 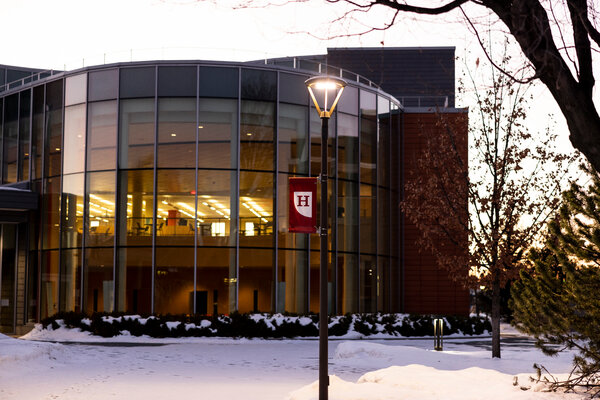 Free speech supporters started their own campaign. An Islamic art historian wrote an essay defending Dr. López Prater and started a petition demanding the university’s board investigate the matter. It had more than 2,800 signatures. Free speech groups and publications issued blistering critiques; PEN America called it “one of the most egregious violations of academic freedom in recent memory.” And Muslims themselves debated whether the action was Islamophobic.

Arguments over academic freedom have been fought on campuses for years, but they can be especially fraught at small private colleges like Hamline, which are facing shrinking enrollment and growing financial pressures. To attract applicants, many of these colleges have diversified their curriculums and tried to be more welcoming to students who have been historically shut out of higher education.

Dr. López Prater’s situation was especially precarious. She is an adjunct, one of higher education’s underclass of teachers, working for little pay and receiving few of the workplace protections enjoyed by tenured faculty members.

University officials and administrators all declined interviews. But Dr. Miller, the school’s president, defended the decision in a statement.

“To look upon an image of the Prophet Muhammad, for many Muslims, is against their faith,” Dr. Miller’s statement said, adding, “It was important that our Muslim students, as well as all other students, feel safe, supported and respected both in and out of our classrooms.”

In a December interview with the school newspaper, the student who complained to the administration, Aram Wedatalla, described being blindsided by the image.

]“I’m like, ‘This can’t be real,’” said Ms. Wedatalla, who in a public forum described herself as Sudanese. “As a Muslim and a Black person, I don’t feel like I belong, and I don’t think I’ll ever belong in a community where they don’t value me as a member, and they don’t show the same respect that I show them.”

Todd H. Green, who has written books about Islamophobia, said the conflict at Hamline was “tragic” because administrators pitted natural allies — those concerned about stereotypes of Muslims and Islam — against one another.

The administration, he said, “closed down conversation when they should have opened it up.”

The painting shown in Dr. López Prater’s class is in one of the earliest Islamic illustrated histories of the world, “A Compendium of Chronicles,” written during the 14th century by Rashid-al-Din (1247-1318).

Here are three artistic depictions of the Prophet Muhammad, including the one in dispute at Hamline University. →

This image started the outcry at Hamline University.

It is included in one of the earliest Islamic illustrated histories of the world, “A Compendium of Chronicles,” written during the 14th century by Rashid-al-Din (1247-1318).

Omid Safi, a professor at Duke University, said he regularly shows images of the Prophet Muhammad in class. His family fled to the United States from Tehran during the Iran-Iraq war. He packed an image of Muhammad holding a Quran into one of the family’s few suitcases. It now hangs at his home.

This 15th-century world history, by Hafiz-i Abru, also shows the Angel Gabriel calling on the Prophet Muhammad to spread the word of God. This work, “Muhammad’s Call to Prophecy and the First Revelation,” a folio
from a Majma’ al-Tavarikh, has been shown at the Metropolitan Museum of Art.