Trailing in the polls, President Trump had more at stake in the debate against Joseph R. Biden Jr. Now Republicans hope the president can present a powerful contrast with Mr. Biden that translates into voter turnout. 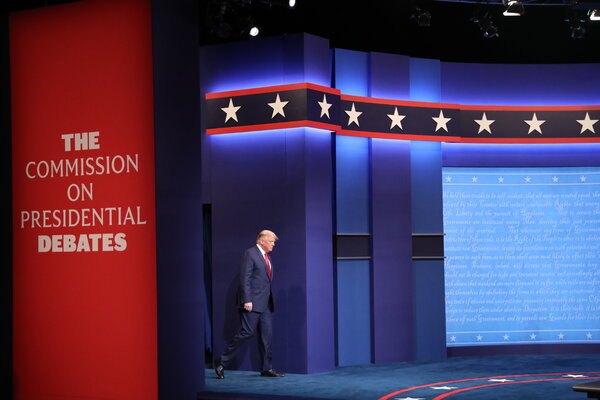 President Trump and Joseph R. Biden Jr. left Nashville on Friday to begin the final chapter of the campaign after a debate in which both men cleared the relatively low bar of expectations. Mr. Biden dispelled any notion that he was too old to be president and Mr. Trump, after a loud and chaotic first debate, was a relatively restrained figure, exhibiting discipline as he prosecuted a case against Mr. Biden.

But with polls showing the president struggling against Mr. Biden and the election less than two weeks away, Mr. Trump had more at stake. And should Mr. Trump lose on Election Day, he may long regret that he failed to muster the kind of performance he showed the nation on Thursday at that pivotal first debate in September, or that he abruptly canceled what would have been a third encounter between the two men.

For Republicans, that what-might-have-been scenario struck home as they watched Mr. Biden provide Mr. Trump an opening in the final moments of the debate with remarks about the oil industry.

“If Trump had acted this way in the first debate, he would have had the space to be able to see how effective the professional pol line of attack could have been, and then focused on that for the last four weeks,” said Chris Lehane, a Democrat and senior adviser to Vice President Al Gore, referring to Mr. Trump’s efforts to portray Mr. Biden as an ineffective Washington insider.

Mike Murphy, a Republican consultant and critic of Mr. Trump, said the president had turned in a stronger debate performance, but it was almost certainly too little and too late. “Slightly better maybe — but still losing,” he said. “Country has wanted to fire Trump for a while.”

The second and final debate was fought, by most accounts, to a relative draw. But it set the contours for this homestretch, as Mr. Trump and Mr. Biden hurtled into the final days of the 2020 campaign, taking their closing arguments from the prime-time stage to critical states like Florida for the Republican incumbent and Pennsylvania for the Democratic nominee.

And each man left Nashville able to draw on the missteps of his opponent. 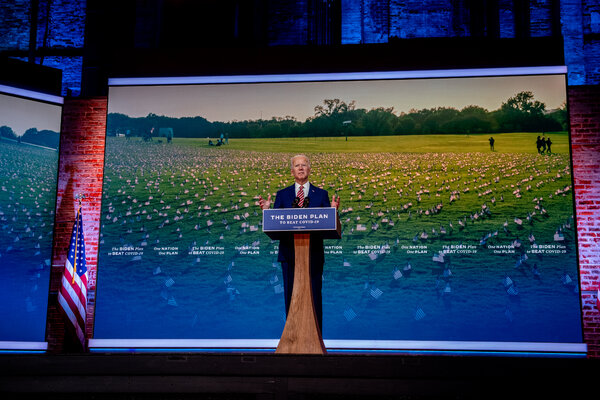 For Mr. Trump, it was Mr. Biden’s acknowledgment that he wanted the nation to “transition from the oil industry.” For Mr. Biden, it was Mr. Trump’s assertion that Americans were “learning to live with the virus” at a time when the coronavirus pandemic is hitting record numbers across the nation.

Mr. Biden woke up to a goading “Question of the Day for Joe Biden” from the Trump campaign, sent in an email to reporters, that signaled how Republicans would like to frame the case against Mr. Biden in states like Pennsylvania in the final days. “Are you writing off all energy-producing states since you again pledged to end the oil industry and destroy fossil fuels?”

Mr. Trump returned to that point as he campaigned at The Villages retirement home in Florida. “I said whoa, do you want to get rid of oil and gas?” the president said. “Is that — yeah, we want to phase it out. I said thank you, Texas, are you watching? Pennsylvania, Oklahoma, Ohio, are you watching?’’