For months, far-right activists have rallied against masks and lockdowns imposed during the coronavirus pandemic. Now some protesters have shifted their focus to the Covid-19 vaccine. 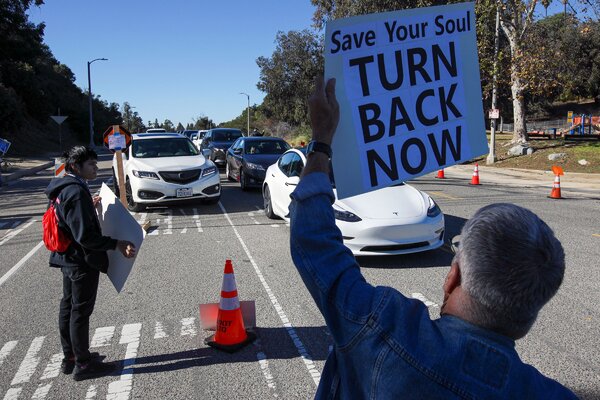 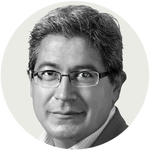 LOS ANGELES — An out-of-work stand-up comic originally from New Jersey. An actor and conservative podcast host dressed in a white lab coat. A gadfly who has run several unsuccessful campaigns for Congress in Los Angeles. And at least a few who had been in Washington the day of the Capitol riot.

They were among the motley crew of so-called anti-vaxxers who recently converged on the entrance of the mass vaccination site at Dodger Stadium to protest distribution of a coronavirus vaccine.

The loosely formed coalition represents a new faction in California’s long-established anti-vaccine movement. And the protest was the latest sign that Californians have become the unlikely standard-bearers for aggressive criticism of the vaccines even as virus cases continue to spread in the state.

California, which has averaged 500 daily deaths tied to the virus over the past week, will soon become the state with the largest number of coronavirus deaths, surpassing New York.

For months, far-right activists across the country have been rallying against mask-wearing rules, business lockdowns, curfews and local public health officials, casting the government’s response to the virus as an intrusion on individual liberties. But as masks and lockdowns become an increasingly routine part of American life, some protesters have shifted the focus of their antigovernment anger to the Covid-19 vaccines.

Last week at Dodger Stadium, the same small but vocal band of demonstrators who previously staged anti-mask and anti-lockdown protests in the Los Angeles area disrupted a mass vaccination site that gives an average of 6,120 shots daily. About 50 protesters — some carrying signs reading “Don’t be a lab rat!” and “Covid = Scam” — marched to the entrance and caused the Los Angeles Fire Department to shut down the city-run site for about an hour.

The disruption illustrates the increasingly confrontational bent of some of the state’s vaccine opponents, who have long claimed that mandatory school vaccine laws represent governmental overreach. Many were already skeptical about vaccine science, having read online disinformation sites that claimed early childhood vaccines caused autism, an allegation long refuted. 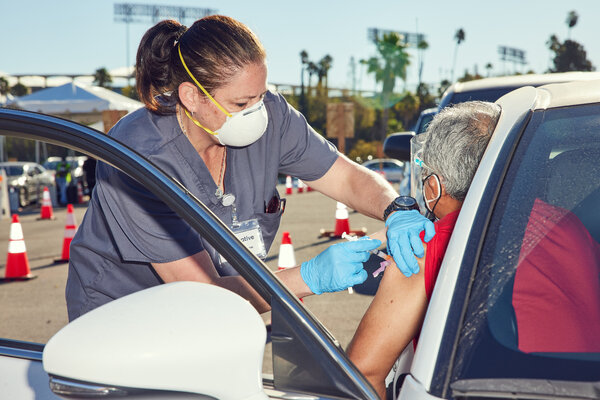 In California, the anti-vaccine movement has been popular for decades among Hollywood celebrities and wealthy parents, gaining momentum as state lawmakers passed one of the nation’s toughest mandatory vaccination laws for children in 2015. Previously, parents had opted out of vaccinations by seeking exemptions claiming that vaccines conflicted with their personal beliefs, but the law eliminated that option. The popularity of those exemptions led to immunization rates that dropped to 80 percent or lower at public and private schools and preschools in Beverly Hills, Santa Monica and other affluent Los Angeles area communities.

“Anti-vaccine attitudes are as old as vaccines themselves,” said Richard M. Carpiano, who is a professor of public policy and sociology at the University of California, Riverside, and who studies the anti-vaccine movement. “The other thing that gets tied into this is the wellness movement, this idea that natural is better. There’s a broader kind of mistrust of Big Pharma, and about medical care and medical professions. There is this real market for discontent that these groups can really kind of seize upon.”