At the deli downstairs, they know that Xavier Guzman likes his sausage grilled and wrapped, just the patties and nothing else.

Like other 4-year-olds, Xavier likes to keep his food groups separate. He will eat meat, but not in a sandwich. He loves kiwis and bananas, but not in the same bowl. And he will have a piece of bread, but it must not be toasted.

Xavier’s pickiness means a lot of extra planning for his mother, Janet Guillen. It’s even harder because her son has autism and does not speak.

She cannot easily cook for him, because the gas in their apartment building has been off for a year, after a gas leak. They pick up takeout for almost every meal.

Ms. Guillen’s neighbors “have money to go out to restaurants,” she said. “We don’t.”

On an early fall morning, Ms. Guillen, 43, sat on her son’s bed in the apartment where her mother has lived in Inwood for 40 years. Ms. Guillen moved back in about three years ago with her son.

Xavier laid on a pile of pillows behind her, in the small bedroom that they share with Ms. Guillen’s brother, and reached out his arm toward his mother. 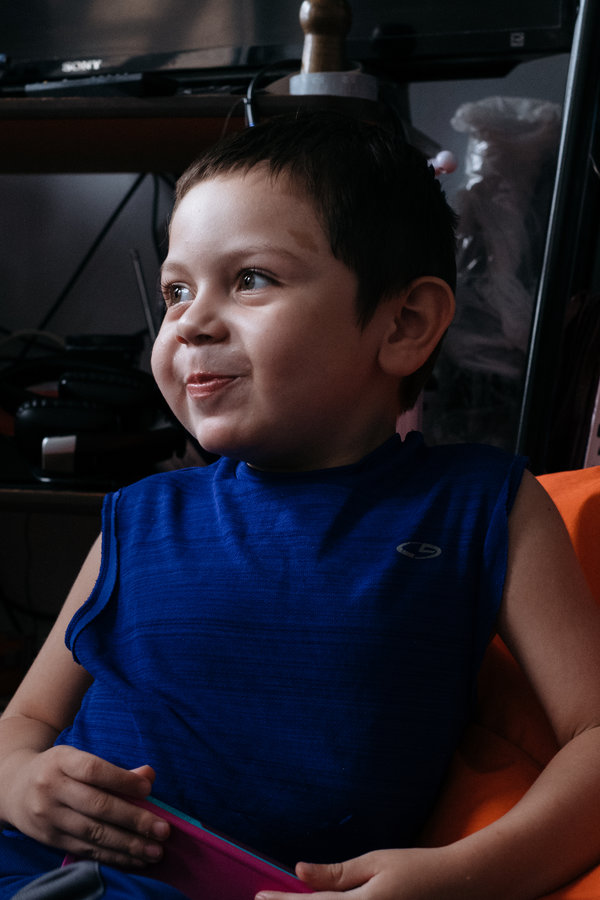 “That’s how he asks for a kiss,” she said. “I always kiss him and hug him. He loves that. When I say, ‘Give me a kiss,’ he gives me his forehead or his cheek so I can give him a kiss.”

Ms. Guillen has been out of work for a year and a half because of the demands of caring for Xavier, she said.

She had worked her way up in retail during her 20s and 30s, with jobs at Rite Aid, Gap and Lane Bryant. Ms. Guillen was working at a grocery store when she found out she was pregnant.

Xavier was a happy baby, Ms. Guillen said, but when he failed to reach developmental milestones in his first year, she grew concerned. He said “go” once he turned 1, but the moment was fleeting.

“We were so happy,” said Ms. Guillen, who was living with Xavier’s father at the time. “Another year later, we were taking a bath and he went, ‘Hot.’ But he didn’t repeat it. He just said it that one time.”

After seeing specialists, Ms. Guillen learned her son had autism.

“I didn’t know what that was,” she recalled. “And then I was in denial on top of that.”

As Xavier grew into a toddler, his early intervention program began to call her more frequently to pick him up when he cried or got sick, she said. “Once I got there, he was totally fine,” she said. Xavier’s needs began to affect her work, and her relationship with her partner began to sour. Ms. Guillen was eventually fired because of attendance issues, she said.

So she took Xavier and headed back to her mother’s apartment in Inwood. 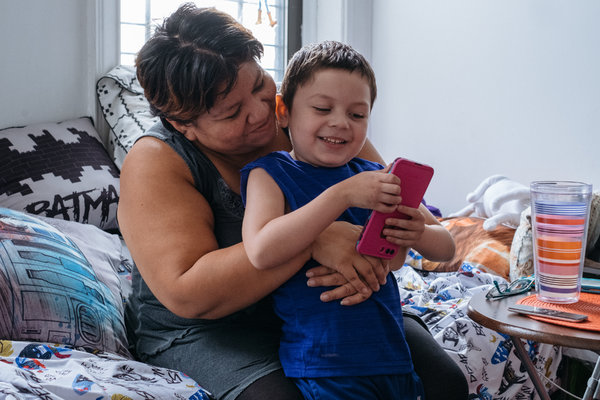 In August, Catholic Charities, one of the eight organizations supported by The New York Times Neediest Cases Fund, used $297 from the fund to buy Xavier diapers, shoes and boots, as well as a therapeutic tricycle. The tricycle is specifically designed for children with special needs to help develop their motor skills. Xavier rides it daily, his mother pushing him up the steep hill into Inwood Park, giving him a boost until they reach even ground.

Clad in Spider-Man sneakers and a Batman baseball cap on a recent afternoon, Xavier hopped on his tricycle outside of their apartment building.

“This is my cardio for the day,” Ms. Guillen said while pushing him up the hill. “He’s going to get bigger and stronger. I have to keep up.”

Xavier now attends the Kennedy Children’s Center, an affiliate of Catholic Charities that specializes in preschool for children with developmental issues. Ms. Guillen is reluctant to take another full-time job in case she has to leave in the middle of a shift to pick up Xavier. They receive $200 a month in food stamps and $280 in public assistance; Xavier receives $750 a month in Social Security disability payments.

Ms. Guillen spends her days planning his meals and connecting with other parents of children with autism.

“I was telling myself, ‘Maybe it’s my fault. Maybe I did something wrong,’” she said. “Then parents started talking about their experience, and I thought, ‘Yes I need this outlet. I felt alone.’”

When he’s not on his tricycle or at school, Xavier watches speech programs and cartoons on his iPhone. His favorite is “The Hive” from Disney, which he watches in English, Spanish, Portuguese, Italian and Russian, changing the languages on his own.

Ms. Guillen tries to care for herself by practicing hot yoga, warming up her bedroom with a small space heater.

“I would do it all over again,” she said with a wide smile. “I’m adaptable.”

Donations to the Neediest Cases may be made online, or with a check or over the phone.