After a summer marked by hot spots, lockdowns and travel restrictions, Labor Day was a last chance to get back on the open road. 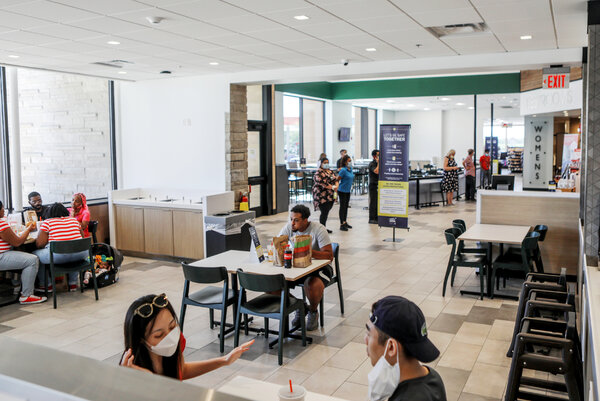 By Kirsten Luce and Lucy Tompkins

Labor Day weekend is typically a chance to take a last deep breath of summer — to fit in one final county fair, extended-family gathering, or long beach weekend — before settling into a new school year or returning to a busy fall.

But like everything else since the coronavirus arrived, the joys and rhythms of the long weekend felt different this year.

Still, after a summer marked by canceled plans, in which many people were largely confined to the boundaries of their neighborhoods or cities, Americans hit the road. In minivans and on motorcycles, with cats or kids, they pulled into highway rest stops like the Richard Stockton Rest Area along Interstate 95 in New Jersey to snack, fill up on gas and reflect on a summer that mostly wasn’t, and a fall they hoped would bring better.

For some families, this weekend was the first time all summer they felt safe enough to travel out of town; the first time they would see certain friends or family members since the country shut down and Americans were forced indoors.

Jonathan Martinez, a construction contractor from New Jersey, used the weekend to escape town and try to regain a sense of normalcy. Mr. Martinez, who was traveling to Northern Virginia with his wife and two sons to visit friends, said it was their first trip in months.

“It’s pretty exciting,” he said. He had dirt bikes strapped to his truck for riding on the trails behind his friend’s house. “Finally, we can take a little ride and enjoy their family.”

After months of isolation, some risks are worth taking, said James Haven, a health care policy researcher who paused at the rest stop with his wife and son on their way to Pennsylvania for a weekend getaway.

“I guess we just got fed up,” he said. “There’s a limit to how much we could stay indoors and not see friends. We have to create a decent quality of life for our 5-year-old. He has to see other kids, it’s really important at this age.”

A new season will bring new challenges, as schools grapple with reopening and it gets too cold for outdoor activities. Mr. Haven remains tentatively hopeful.

“Cases are in decline nationwide,” he said, “so I’m kind of just banking on that.” 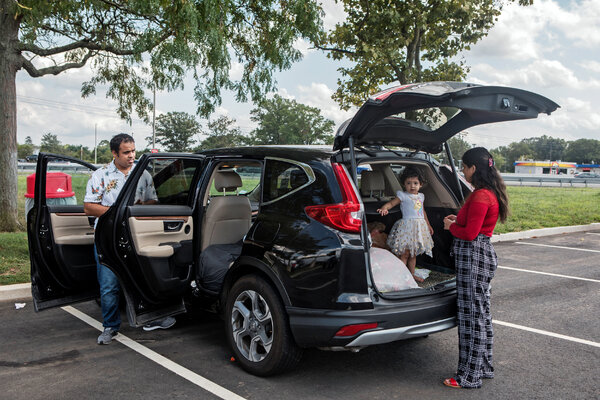 Renu Kuinkel, 32, originally from Nepal, with her daughter Rewisha, 1. Ms. Kuinkel and her family were headed from Queens, where they live, to Maryland to visit friends from Nepal who just arrived for their medical residency.

It’s been really bad. We go nowhere. This is the first time we have been out of New York City.

We both were positive with the coronavirus in mid-April. When [her husband] started to stay home from work he was sick for almost two months and isolated in the home. Now we are feeling fine with the kids. It’s been hard but a little bit fun, too.

‘We’ve been home for six months so we feel safe.’

Carolyn Hernandez, 27, of New York City, with Hawkeye, her one-eyed cat. A makeup artist, Ms. Hernandez has been out of work for the duration of the pandemic. This is the first trip they’ve taken out of the city to see family friends.

It’s his first road trip, we’re trying to see how it works. He needed to get out of the house too.

It’s hard to get close to people. I do fashion and events — there’s no events right now. I have not worked. We’ve been home for six months so we feel safe.