Activists say as many as 16 other abortion-related cases around the country could end up at the Supreme Court. 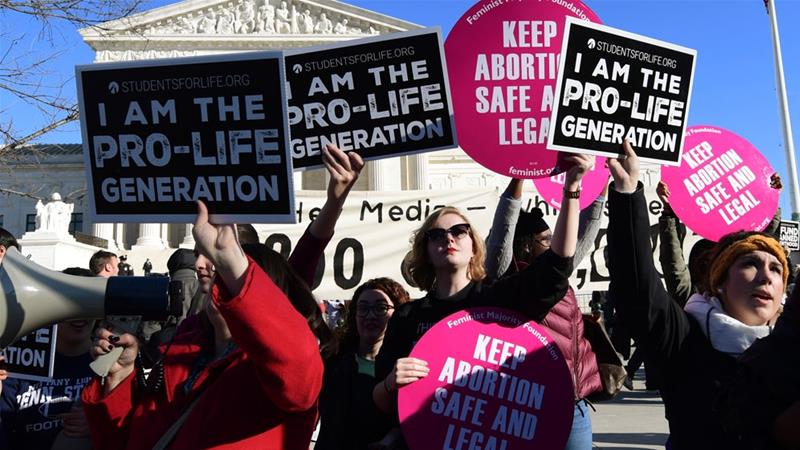 A ruling by the Supreme Court of the United States on Monday striking down limits on access to abortion was seen a victory for reproductive rights, but experts warned that supporters and foes alike would regroup to plan their next move over the contentious issue.

The nation’s top court struck down a Louisiana law that required doctors performing abortions to have a sometimes difficult-to-obtain formal affiliation called “admitting privileges” at a hospital within 30 miles (48km) of the clinic.

The court ruled that the requirement provided no significant health benefits and imposed on women’s constitutional right to abortion, which was set out nationwide in a landmark 1973 Roe v. Wade decision.

Monday’s decision marked the second time that the court has ruled against an admitting privileges requirement, following a 2016 ruling that struck down a similar law in Texas.

While supporters of reproductive rights claimed a victory, they cautioned that as many as 16 other abortion-related cases around the country have the potential to be heard by the Supreme Court.

“States were jockeying for position around whose case would be the first to make it to the Supreme Court,” Nash said.

Andrea Miller, head of the National Institute for Reproductive Health, a pro-abortion rights group, expressed relief that people in Louisiana would continue to have access to abortion.

“But there’s no telling what will happen next time an abortion case comes before the court,” she said in a statement.