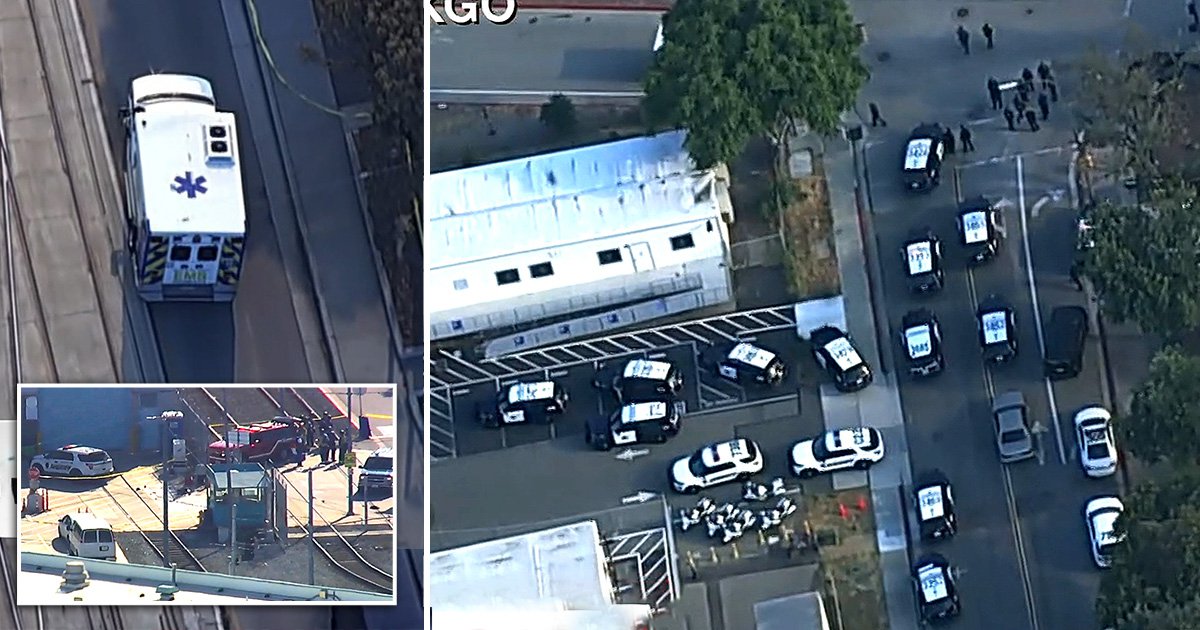 San Jose police officers swarmed the scene around Younger Avenue and San Pedro Street after receiving a report of a shooting shortly after 6.30am local time.

‘Shooter is down,’ the Santa Clara County Sheriff’s Office tweeted about an hour later.

Mercury News reporter Robert Salonga tweeted that ‘multiple people are dead, including the shooter’ in the attack at or near a Santa Clara Valley Transportation Authority facility.

A sheriff’s office spokesperson confirmed multiple deaths and injuries and that the shooter was dead, Salgona reported. The shooter died from a self-inflicted gunshot wound. The shooting took place during the busiest time of the day for the rail yard, according to Salgona.

San Jose Mayor Sam Liccardo tweeted that several people were being treated and ‘the shooter is no longer a threat, and the facility has been evacuated’.

A shooting at the VTA facility on Younger St has left several people being treated, but the situation is still being assessed. The shooter is no longer a threat, and the facility has been evacuated. I will update as more information becomes available.

San Jose Police Department’s media relations earlier tweeted that cops were at the scene and ‘this is still an active scene and we ask that everyone stay out of the area while we conduct our investigation’.

The sheriff’s office was set to hold a press conference on the incident at 8.30am local time.