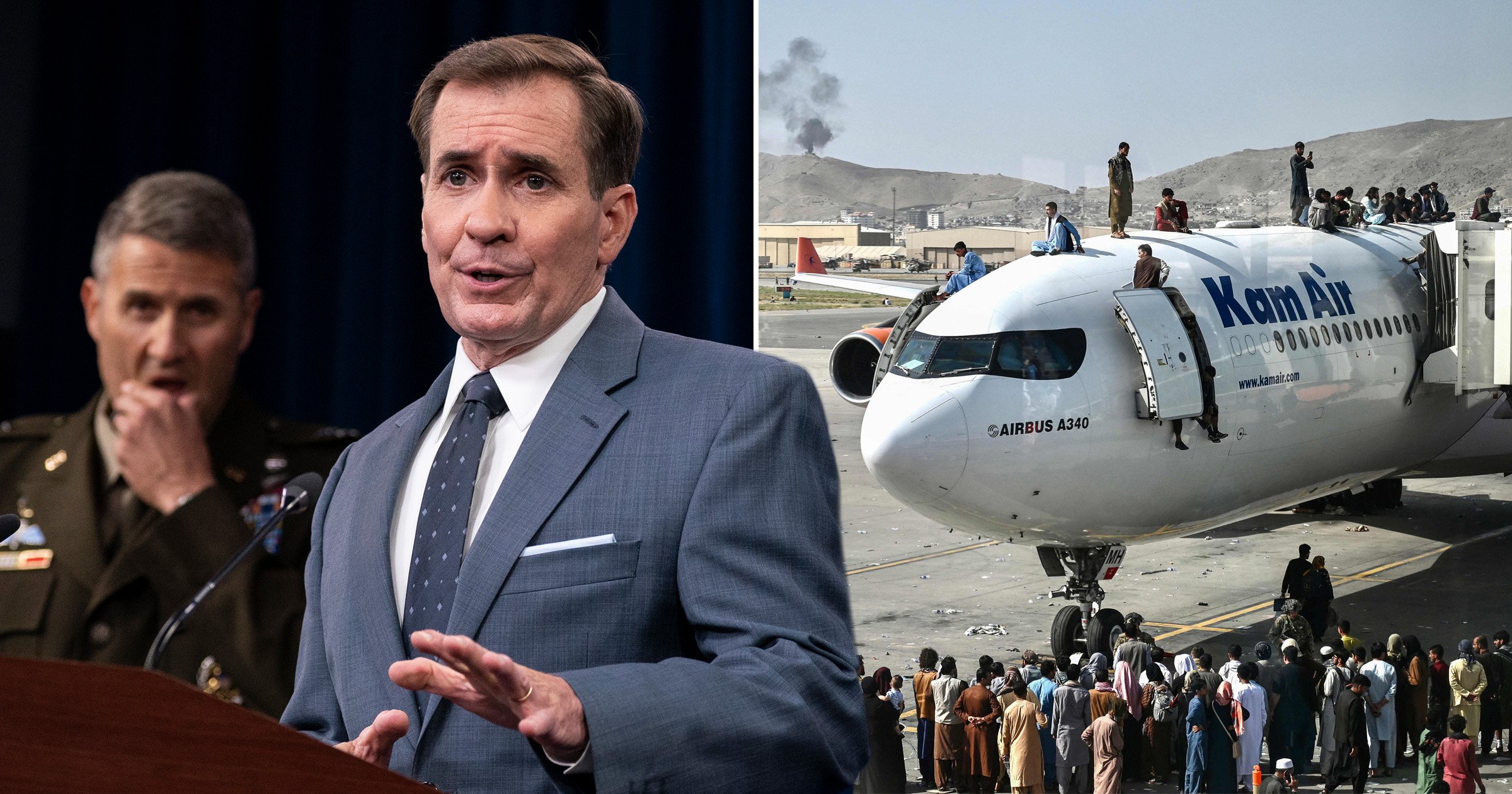 The US military is ramping up its efforts to evacuate Americans and Afghan allies from Kabul airport, with the goal of executing one flight per hour. Pentagon officials on Tuesday said they aim to ‘maximize capacity’ in airlifting people by the mission’s August 31 end date.

Overnight, seven Air Force C-17 planes picked up 700 to 800 civilian evacuees including 165 Americans, Army Major General William Taylor said during a Pentagon press conference on Tuesday morning. Among the evacuees were Afghans who have applied for Special Immigrant Visas, as well as third-country nationals.

By Wednesday, the goal is to have one flight depart per hour, the general said.

‘The speed of evacuation will pick up,’ Taylor said.

On Monday, flights were temporarily suspended as Afghans rushed the tarmac in a desperate attempt to escape after the Taliban took control of Kabul. At least eight Afghans were killed at the airport – two armed men shot by US troops, three who fell from a departing military transport jet and three others whose bodies were found on the runway.

During the news conference on Tuesday, Chief Pentagon spokesman John Kirby said that US commanders at the airport were communicating directly with Taliban commanders outside to keep the area secure. Kirby said the arrangement was part of deal reached on Sunday between US Central Command General Frank McKenzie and Taliban leaders, to allow for safe evacuation and stop the conflict.

Asked by a reporter if about 100,000 people seeking to leave Afghanistan could be airlifted by August 31, Kirby replied that 5,000 to 9,000 could be evacuated per day

‘What we’re confident (in) is we’re going to maximize capacity,’ Kirby said.

President Joe Biden in an address on Afghanistan on Monday expressed no regret over his decision in April to begin withdrawing all US troops from Afghanistan. Biden admitted that Afghanistan’s collapse happened ‘more quickly than we anticipated’ but said, ‘I stand squarely behind my decision’.

‘After 20 years, I’ve learned the hard way that there was never a good time to withdraw US forces,’ Biden said.