After 14 months away, authorized performers returned to train platforms to play for a reduced ridership. 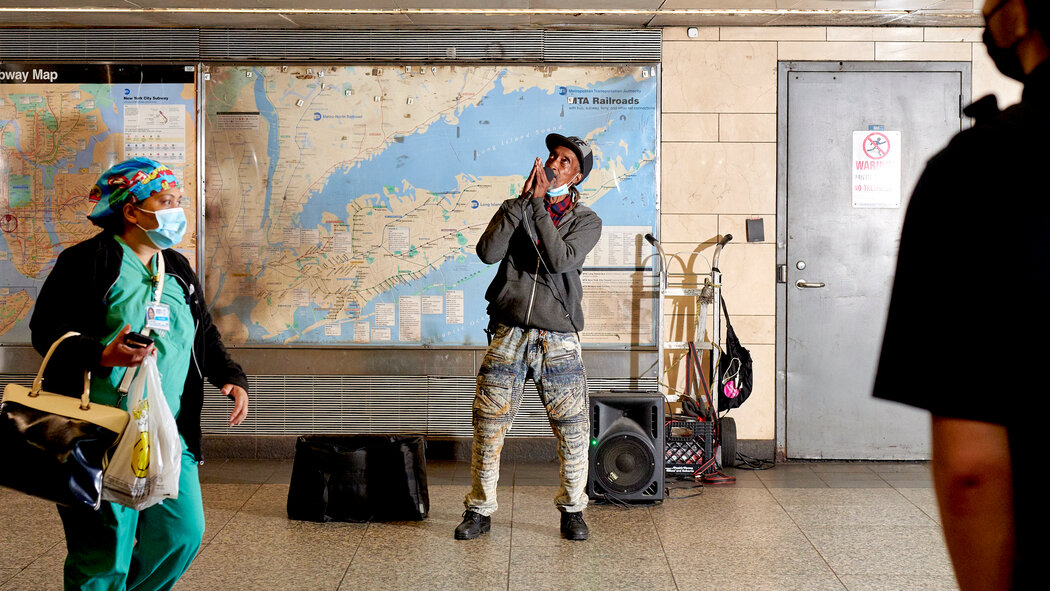 Sean Grissom hit the stage — the 28th Street stop on the No. 6 train — promptly at noon on Friday and played the first notes on his cello just as a clattering train barreled past him and drowned out the music with a deafening screech.

He has played in the New York City subway for tips since 1988. But he stopped in March 2020 when the city became locked down during the pandemic. Riders had disappeared from the subways and so had most subway performers, deterred by the danger of catching the virus, and the lack of passengers to play for.

On Friday, after more than 14 months, the music was back.

The Metropolitan Transportation Authority restarted its Music Under New York program, which organizes Mr. Grissom and some 350 other performers at some of the most popular underground spots.

Not that the musicians returned to any big crowds on Friday. Even with infection rates at all-time lows and ever more New Yorkers getting vaccinated, many riders are still leery of returning to the subway.

Mr. Grissom did not seem bothered that his playing often went unheard and unacknowledged. When one passenger finally threw a dollar into his hat, he stood up and bowed.

“After a year of no applause, I’ll take anything,” he said. “Anything is better than not being able to play.”

That passenger, Kevin Shuker, 61, a physical therapist, said he was glad to see more musicians back on the platforms.

“What’s been missing in New York is the music,” he said. “It gives you the feeling that New York is returning to normal.” 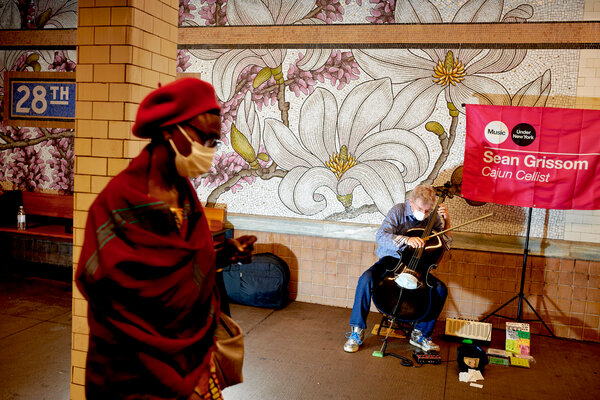 During the worst of the pandemic in April 2020, weekday subway ridership dropped to 300,000 from roughly 5.3 million. Today it is at roughly 2.3 million riders a day, still well below normal.

Foreign tourists and office workers — both big tippers — have still largely not yet returned, and subway cars and stations still seem dramatically empty compared to the robust prepandemic crowds.