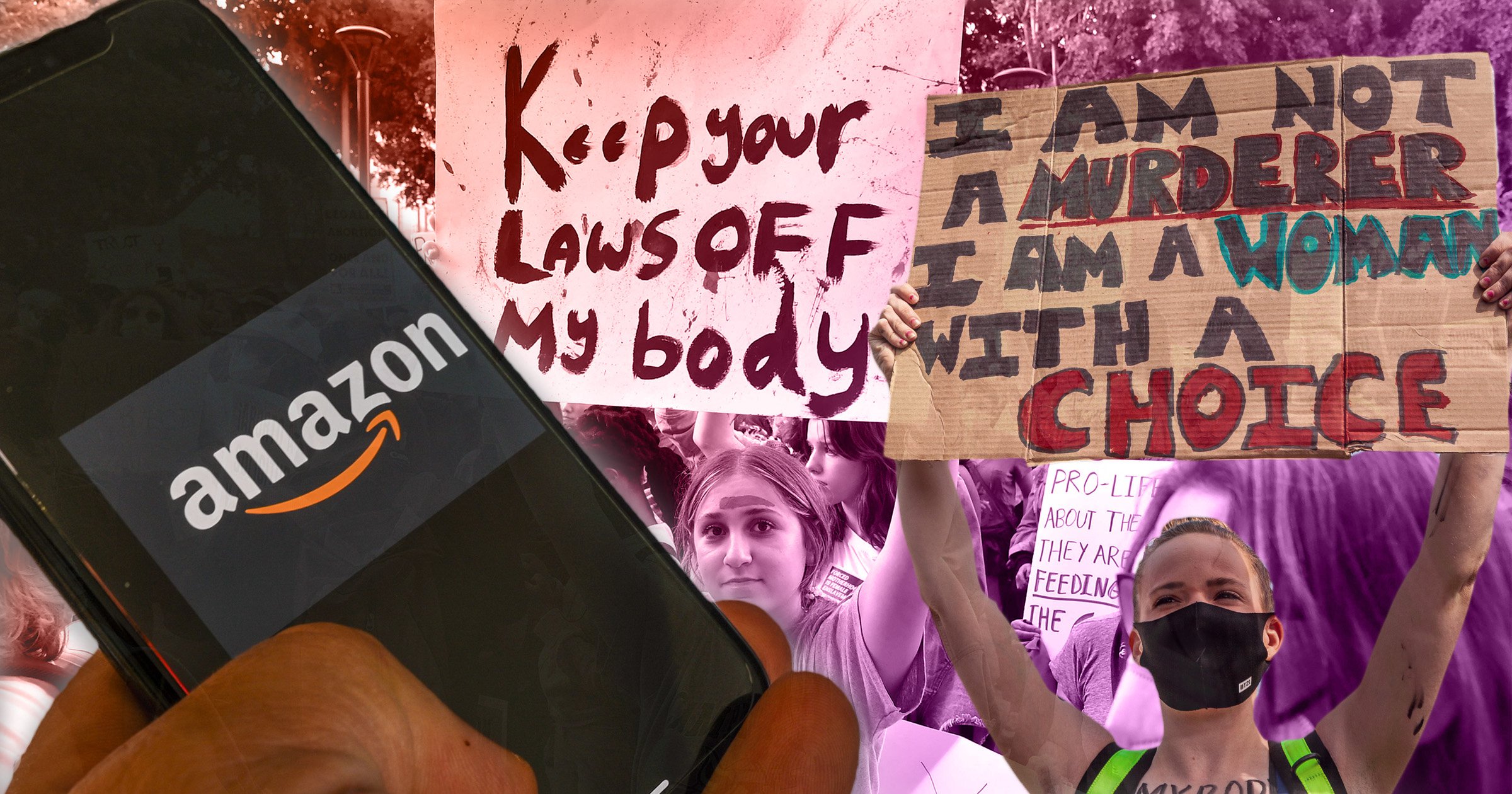 Amazon has joined companies promising to pay travel expenses for women needing abortions, with dozens of US states set to restrict terminations after an expected Supreme Court ruling.

The country’s second-largest private employer has told staff it will pay up to $4,000 (£3,186) each after a leaked draft judgment suggested the 49-year-old protection for abortion — known as Roe v Wade — is likely to be overturned.

In the draft opinion, conservative ­Justice Samuel Alito wrote: ‘Roe was egregiously wrong from the start.’

Based on his opinion, the court would find the Roe v Wade decision that allowed abortions before a foetus is ­viable outside the womb — up to 28 weeks — was wrong because the US Constitution makes no mention of abortion rights.

The Constitution does not prohibit the citizens of each state from regulating or prohibiting abortion.’

About two dozen states including Oklahoma and Alabama have laws poised to limit abortion access.

Aside from Amazon, other major firms such as Citigroup and Yelp have helped employees bypass laws curbing abortion access in Republican states.

The procedure remains one of the most divisive issues in US politics.

Activists on both sides took to the streets of Washington after the news broke yesterday.

Student Annie McDonnell, 19, said: ‘If it’s a moral issue, you shouldn’t be depriving us of our choice.’

Former US secretary of state Hillary Clinton said the ruling would ‘kill and subjugate women’.

US president Joe Biden said if the court did overturn Roe v Wade it would ‘fall on voters to elect pro-choice officials’ in November’s midterm elections.

The ruling would be the court’s most sweeping since former president Donald Trump named three ­justices, cementing a 6-3 conservative majority.