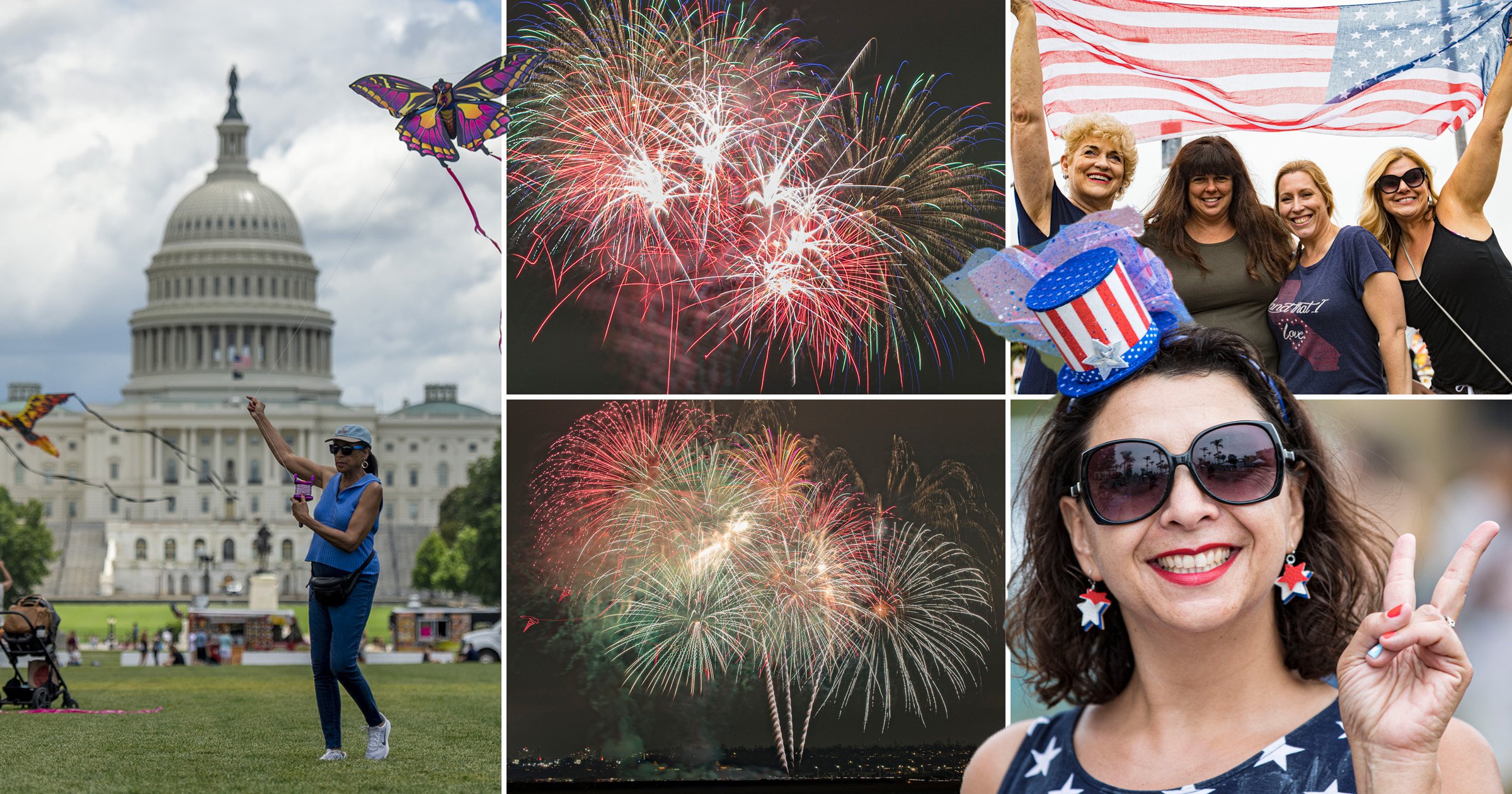 Americans marked their nation’s 245th birthday with major celebrations to make up for last year’s cancelled events during the pandemic.

Two of the biggest firework shows in the country will blast off over the National Mall in Washington, and over a mile stretch of New York City’s East River, separating Manhattan from the boroughs of Queens and Brooklyn.

The president hosts the event three days after his visit to Surfside, Florida, to console families whose loved ones were in a residential tower that collapsed on June 24.

In total 24 people have been confirmed dead, with 121 still missing.

On New York’s East River, 50 pyrotechnicians have spent days loading more than 65,000 shells on five barges to wow audiences watching the spectacular show either in person or on television.

Aleksandra Magidoff, 12, from Brooklyn, is headed to a New Jersey suburb to reconnect with a family friend.

Her family were among the more than 3.5 million people who have moved out of New York, once the US epicentre of COVID-19, since the pandemic started in the spring of 2020.

Aleksandra, who is already vaccinated, said: ‘I’m so excited – I can talk to them and celebrate with them and just socialize!’

She plans to gorge on ‘a bunch of hamburgers and hotdogs’ before taking in the fireworks show at a New Jersey fairgrounds.

Last July Fourth she watched fireworks from her apartment building’s rooftop while under lockdown, allowed to celebrate with only her immediate family.

Some classic July Fourth events such as Nathan’s Famous Hot Dog Eating Contest in Brooklyn’s Coney Island remain scaled back to allow for social distancing in recognition of the continued threat of the COVID-19 coronavirus, which has killed more than 600,000 Americans.

The more transmissible Delta variant has raised alarms about the potential for another surge among the unvaccinated.

Several Florida communities have cancelled their July Fourth fireworks out of respect for those impacted by the building collapse, city officials said.

Elsewhere in Washington on Sunday, marching bands will return for a traditional parade on Capitol Hill’s Barracks Row.

As darkness falls, the National Mall is expected to draw big crowds to a 17-minute fireworks display set off from both sides of the Lincoln Memorial Reflecting Pool.

Meanwhile, this weekend is expected to be the busiest July Fourth road travel holiday on record – with an estimated 43.6 million Americans behind the wheel, or five per cent more than a previous record set in 2019, according to the American Automobile Association.