Rev Al Sharpton has called for the release of footage showing what led to the death of Andrew Brown Jr, a black man shot dead by police in North Carolina.

Mr Brown was killed by sheriff’s deputies during a morning raid on his home on 21 April.

Pasquotank County officers had been trying to serve Mr Brown with search and arrest warrants relating to a felony drugs charge when he attempted to drive away. 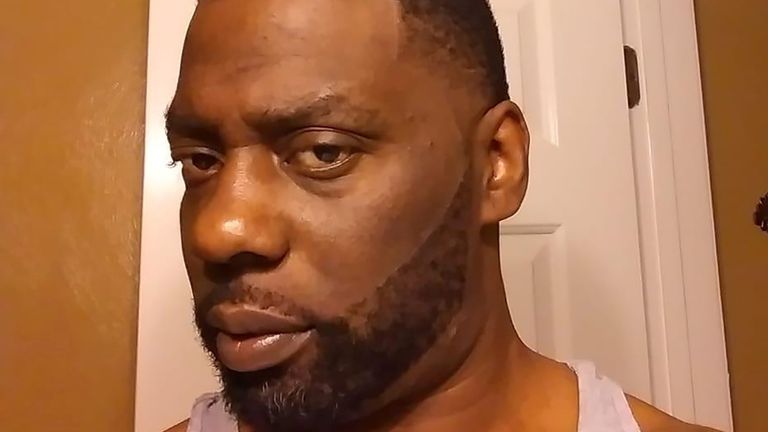 An autopsy ordered by his family showed the 42-year-old was struck by five bullets, including a fatal one to the back of his head.

But what led to the shooting is unclear – witness accounts vary and a judge has refused to release footage from the body-worn cameras of deputies, saying this could jeopardise investigations.

Rev Sharpton was speaking at Mr Brown’s funeral on Monday when he said: “I know a con game when I see it.

“Release the whole tape, and let the folk see what happened to Andrew Brown.

“You don’t need time to get a tape out. Put it out! Let the world see what there is to see. If you’ve got nothing to hide, then what are you hiding?” 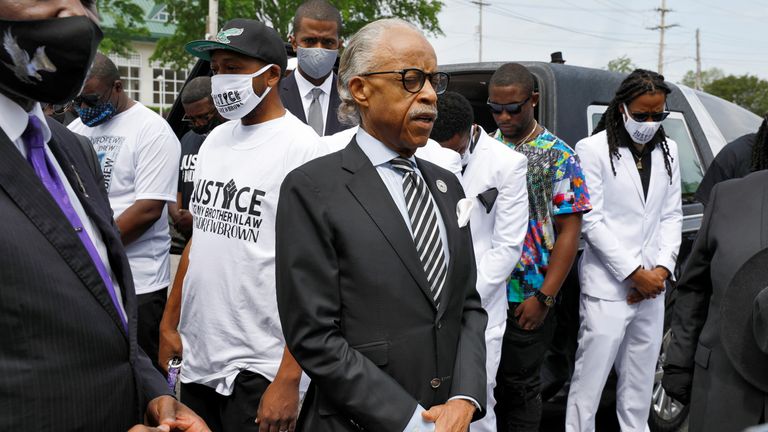 His words prompted loud applause at the invitation-only service in Elizabeth City.

Speaking of Mr Brown, he added: “If he did wrong, bring him to court. But you don’t have a right to bring him to his funeral.”

Pasquotank County District Attorney Andrew Womble said officers fired only after Mr Brown’s car was driven toward them and made contact.

But lawyers for Mr Brown’s family have seen a 20-second portion of the video and said it showed he was “executed” by the deputies, who kept shooting him in his driveway as he drove away.

The release of the footage must be approved by a judge under state law, but North Carolina judge Jeff Foster has delayed this for 30 to 45 days to allow investigations to be completed. Mr Floyd, a black man, died after Chauvin knelt on his neck for eight minutes and 46 seconds.

Rev Sharpton said the drive to reform policing in the US is a chapter in a decades-long struggle by black Americans for their rights.

He said: “We must deal with the inequality in the criminal justice system today.

The FBI and state agents are both investigating the shooting of Mr Brown and three deputies who were involved remain on leave.