A listing for an 1830s cabin has been removed from Airbnb after it was accused of ‘making a mockery of what is the slave experience’.

The cabin in Greenville, Mississippi, was listed for £135 per night and was described as being ‘historic but elegant’.

The owner said the ad was put out by the previous owner who locked him out of the rental account until it gained attention. It has now been removed.

Entertainment attorney Wynton Yates, who is black, discovered the posting when his brother shared it in their family group chat.

The property was described as a former sharecropper’s cabin first built at Panther Burn.

Speaking on TikTok, Mr Yates said: ‘This is not OK in the least bit.

‘How is this okay in somebody’s mind to, to rent this out — a place where human beings were kept as slaves — rent this out as a bed and breakfast?’

He added: ‘Maybe you’re thinking, “Okay maybe this will give people insight into how enslaved people had to live, their living conditions.” 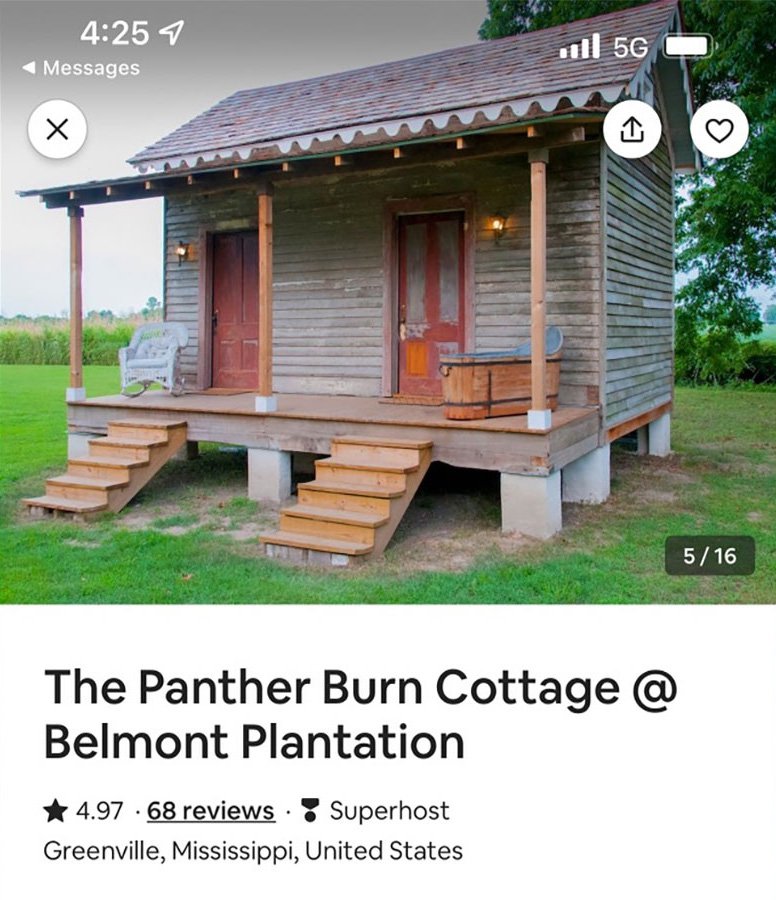 Mr Yates, from New Orleans, told CNN that paying to stay in the property was ‘an egregious leveling up of this atrocity, of just disrespecting and making a mockery of what is the slave experience because we’re in a country where we’re still experiencing the repercussions of slavery’.

Brad Hauser – who has owned the Belmont Plantation for three weeks – said he was informed the cottage was ‘not old enough to have housed enslaved people’.

He said he ‘strongly opposes the previous owner’s decision to market the building as the place where slaves once slept after toiling in the cotton fields in human bondage’.

‘I apologize for the decision to provide our guests a stay at “the slave quarters” behind the 1857 antebellum home that is now a bed and breakfast’, he said. ‘I also apologize for insulting African Americans whose ancestors were slaves.’

Confirming he will not be renting it out in future, Mr Hauser said he plans to contact people who previously lived on the Belmont Plantation to clarify the history behind the area.

A statement from Airbnb said: ‘Properties that formerly housed the enslaved have no place on Airbnb.

‘We apologize for any trauma or grief created by the presence of this listing, and others like it, and that we did not act sooner to address this issue.’