Kianna Ameni-Melvin’s parents used to tell her that there wasn’t much money to be made in education. But it was easy enough for her to tune them out as she enrolled in an education studies program, with her mind set on teaching high school special education.

Then the coronavirus shut down her campus at Towson University in Maryland, and she sat home watching her twin brother, who has autism, as he struggled through online classes. She began to question how the profession’s low pay could impact the challenges of pandemic teaching.

She asked her classmates whether they, too, were considering other fields. Some of them were. Then she began researching roles with transferable skills, like human resources. “I didn’t want to start despising a career I had a passion for because of the salary,” Ms. Ameni-Melvin, 21, said.

Few professions have been more upended by the pandemic than teaching, as school districts have vacillated between in-person, remote and hybrid models of learning, leaving teachers concerned for their health and scrambling to do their jobs effectively.

For students considering a profession in turmoil, the disruptions have seeded doubts, which can be seen in declining enrollment numbers.

A survey by the American Association of Colleges for Teacher Education found that 19 percent of undergraduate-level and 11 percent of graduate-level teaching programs saw a significant drop in enrollment this year. And Teach for America, which recruits recent college graduates to teach in low-income schools across the country, said it had received fewer applications for its fall 2021 corps compared with this period last year. 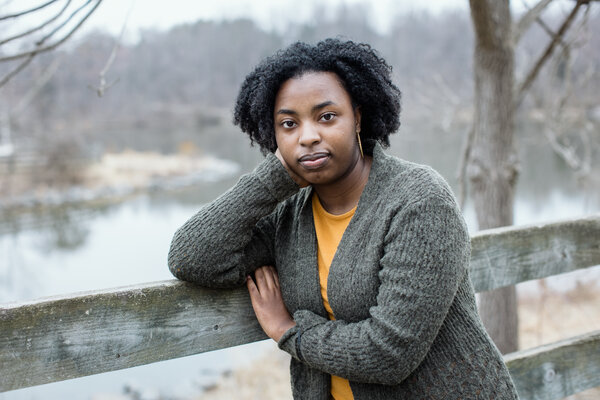 Many program leaders believe enrollment fell because of the perceived hazards posed by in-person teaching and the difficulties of remote learning, combined with longstanding frustrations over low pay compared with professions that require similar levels of education. (The national average for a public-school teacher’s salary is roughly $61,000.) Some are hopeful that enrollment will return to its prepandemic level as vaccines roll out and schools resume in-person learning.

But the challenges in teacher recruitment and retention run deeper: The number of education degrees conferred by American colleges and universities dropped by 22 percent between 2006 and 2019, despite an overall increase in U.S. university graduates, stoking concerns about a future teacher shortage.

For some young people, doubts about entering the teaching work force amid the pandemic are straightforward: They fear that the job now entails increased risk.

Nicole Blagsvedt, an education major at the University of Wisconsin-La Crosse, felt a jolt of anxiety when she began her classroom training in a local public school that recently brought its students back for full in-person learning. After months of seeing only her roommates, moving around a classroom brimming with fourth and fifth graders was nerve-racking.

Ms. Blagsvedt’s role also encompassed new responsibilities: sanitizing fidget toys, enforcing mask use, coordinating the cleaning of the water bottles that students brought to school because they couldn’t use the water fountains. In her first week, she received a call from an office assistant informing her that one of her students had been exposed to Covid-19, and that she had to help shepherd the students out of the classroom so it could be disinfected.

“This panic crossed my mind,” she said. “I thought: This was what it’s going to be like now.”

Administrators running teacher preparation programs said the new anxieties were most likely scaring away some potential applicants. “People are weighing whether or not it makes sense to go to a classroom when there are alternatives that may seem safer,” said David J. Chard, dean of the Wheelock College of Education and Human Development at Boston University.

But for many students, the challenges posed by remote teaching can be just as steep. Those training in districts with virtual classes have had to adjust their expectations; while they might have pictured themselves holding students’ hands and forming deep relationships, they’re now finding themselves staring at faces on a Zoom grid instead.

“Being online is draining,” said Oscar Nollette-Patulski, who had started an education degree at the University of Michigan but is now considering swapping majors. “You have to like what you’re doing a lot more for it to translate on a computer. I’m wondering, if I don’t like doing this online that much, should I be getting a degree in it?”

In some instances, remote teaching has deprived education students of training opportunities altogether. At Portland State University in Oregon, some students were not able to get classroom placements while schools were operating remotely. Others were given only restricted access to student documents and academic histories because of privacy concerns.

At the university’s College of Education there was a decline in applications this year, which the dean, Marvin Lynn, attributed to students in the community hearing about the difficulties in training during the pandemic.