If ever a place checked almost every box for conditions that put people at risk of the coronavirus, it is Hialeah. 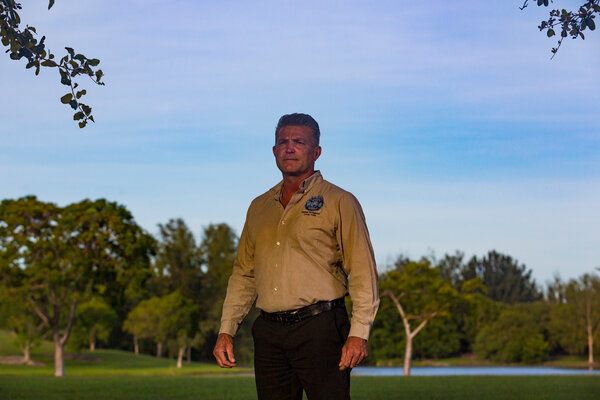 HIALEAH, Fla. — Of all the places in the country that are most vulnerable to the coronavirus, Hialeah is easy prey: a Hispanic blue-collar enclave outside Miami where households are packed, incomes are tight and work is essential.

The virus lurks in the South Florida city’s nursing homes, nestles in its densely crowded apartment buildings and multiplies among families whose breadwinners must go out each day to toil at construction sites, hospitals and factories.

Miami-Dade County has endured one of the nation’s worst coronavirus outbreaks, and on many days, no other ZIP code in the county has more new cases than downtown Hialeah. Only three cities in the state — Miami, Orlando and Jacksonville — have had more.

The Miami area has slowly begun to tame its rate of infection. But it is sometimes hard to be optimistic in Hialeah, Florida’s sixth-largest city, where prevalence has remained stubbornly high.

Paramedics have gotten sick. A father and son, both doctors who tended to local residents for decades, died. A funeral home brought in an extra cooler to store bodies, prompting worried neighbors to protest. Some hospitals in the city told ambulances at the peak of the summer surge to bypass their emergency rooms because they were too full of Covid-19 patients.

“The calls were back-to-back-to-back — at night, during the day, whenever,” said Eric Johnson, a firefighter paramedic in the city and president of the local firefighters’ union. He contracted the virus himself in March, probably at work, and then his wife got it.

“You would see a house with 11 or 12 people inside,” he said. “Many, many, many, many times you’d return to the same place for multiple patients out of the same house.”

Hialeah — pronounced hi-ah-LEE-ah — is prone to stereotypes, with its shabby motels, industrial roots and colorful history of corruption. (The sitting mayor has admitted to loan sharking and once tried to pay a $4,000 ethics fine in pennies.)

Hialeah Park, a casino and racetrack, appears as a backdrop in “The Godfather: Part II,” and the park’s flamingos were filmed for the opening credits of the TV show “Miami Vice.” A local Kentucky Fried Chicken is the only one in the country that sells flan for dessert. (It’s delicious.) The writer Jennine Capó Crucet, a city native, has said that readers outside of Florida often think that her first book, titled “How to Leave Hialeah,” is about a woman, not a place.

What Hialeah is at its core, however, is a city of families and workers, two demographics ravaged by the coronavirus.