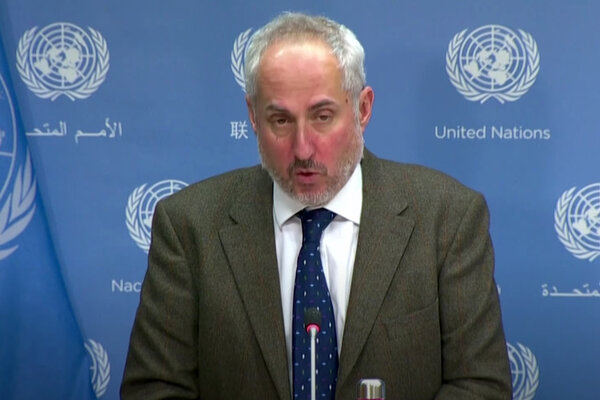 At least 140 people drowned when a boat carrying migrants sank off the Senegalese coast over the weekend in the deadliest shipwreck this year, the International Organization for Migration, a United Nations agency, said on Thursday.

The boat had left Mbour, a coastal town in western Senegal, on Saturday with about 200 migrants, bound for the Canary Islands. But it caught fire a few hours later and capsized in the Atlantic Ocean near St.-Louis, on Senegal’s northwest coast, the agency said.

The Senegalese and Spanish navies, as well as nearby fishermen, managed to rescue 59 people and recover the remains of 20 others, according to the International Organization for Migration, which cited news reports.

The organization said it was deeply saddened by the shipwreck, which came after four ships carrying migrants sank in the Central Mediterranean last week and one other sank in the English Channel.

“We call for unity between governments, partners and the international community to dismantle trafficking and smuggling networks that take advantage of desperate youth,” Bakary Doumbia, the agency’s chief of mission in Senegal, said in a statement.

“It is also important that we advocate for enhanced legal channels to undermine the traffickers’ business model and prevent loss of life,” he said.

The shipwreck came as the number of migrants making the dangerous sea crossing from West Africa to the Canary Islands, a Spanish archipelago, has increased significantly in recent weeks, according to the International Organization for Migration.

About 11,000 migrants have reached the Canary Islands this year, compared with 2,557 during the same period last year, the agency said. At least 414 people have died along the route, up from 210 last year, the organization said.

Dame Mbengue told Senegalese news media that he had been one of the migrants aboard the boat when the engine caught fire. The crew managed to control the flames, he said, before the fire spread to cans of gasoline, causing a major explosion.

He said he had jumped into the ocean and held onto a can that was floating in the water until he was rescued by passing boaters.

Macky Sall, the president of Senegal, wrote in French on Twitter, “It was with great emotion that I learned of the explosion, on the high seas, of the engine of a boat that was carrying young compatriots.”

António Guterres, the United Nations secretary general, said he was horrified to learn of the shipwreck.

“Every person searching for a better life deserves safety and dignity,” he said on Twitter. “We need safe, legal routes for migrants and refugees.”

The U.N. agency said that in September alone, 14 boats carrying 663 migrants — among them, 42 children — had left Senegal for the Canary Islands. About a quarter of the boats sank or reported other problems.

Earlier this month, the Senegalese military said it had intercepted two long canoes, known as pirogues, that were loaded with 186 migrants who had been trying to reach Spain.

Benjamin N. Lawrance, a professor of history at the University of Arizona who has worked with West African migrants, said poverty and high unemployment have driven many people to leave West Africa for Europe, often in small fishing boats that are not seaworthy.

In Senegal, an impoverished nation of 14 million, fishing stocks have collapsed, decimating the regional economy, after the country handed over fishing rights to boats from China and the European Union, he said.

If local fishing waters were open to West African fishermen, some of the migration to the Canary Islands would decline, he said. Many of the shipwrecks in the region, he said, involve just a few people and rarely gain international attention.

“Unfortunately, it’s a very common occurrence, and we only we learn of the ones that are particularly tragic,” he said. “But there are so many that are unaccounted for.”

A pupil said to resemble a balding man has ‘vanished’ from his school after an investigation was launched into parents’ concerns. Parents had demanded answers…