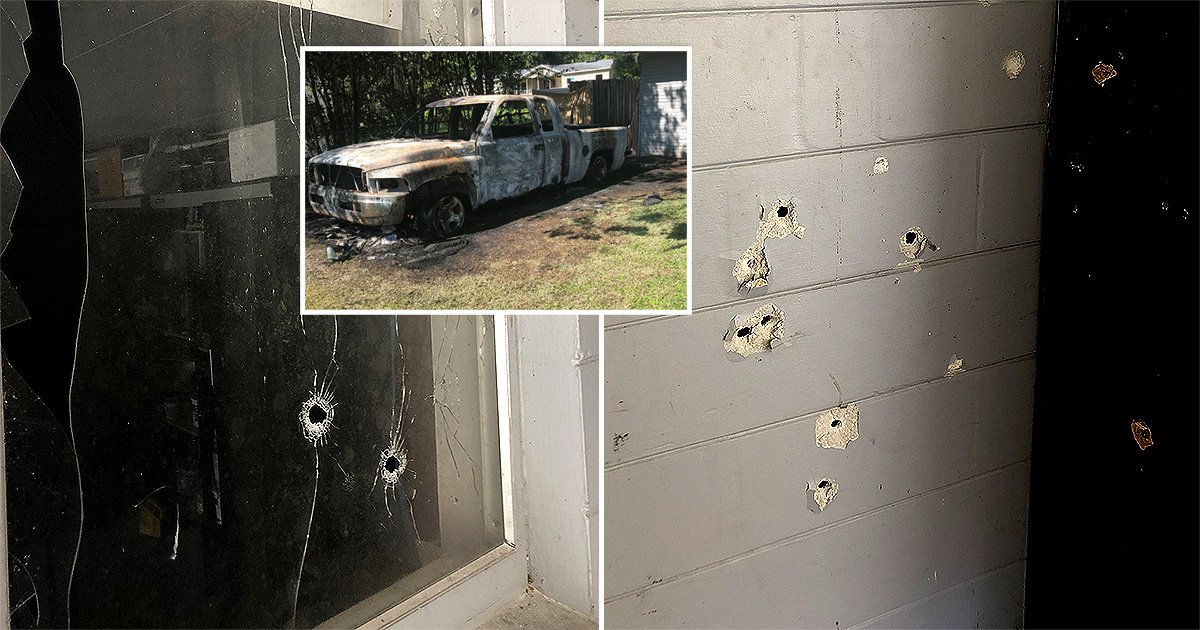 Four people included a mother and her baby have been killed after a gunman clad in body armour and camouflage gear went on a shooting rampage in Florida, according to police.

An 11-year-old girl was also found with multiple gunshot wounds after the suspect allegedly engaged officers in a frenzied shootout before taking a hit and surrendering himself.

He described himself as a ‘survivalist’ and had taken meth before the incident, Polk County Sherriff Grady Judd said.

At around 7.30pm on Saturday night, a woman reported a ‘suspicious vehicle’ containing a ‘strange person’ parked near her home in Lakeland, a city east of Tampa.

She claimed he told her ‘God sent me here to speak with one of your daughters,’ Sherriff Judd told a press conference on Sunday morning.

Officers arrived six minutes later but the vehicle and suspect were gone.

At around 4.30am, a lieutenant responding to a call two miles away heard ‘two volleys of automatic gunfire’.

Sherriff Judd added: ‘He immediately notified his deputies to respond to the area and within the same few seconds we began getting 911 calls of an active shooter.’

‘As we tactically approached the area there was a truck on fire and a popping noise in the front yard.

Deputies also noticed ‘breakable lights’ lining the path from the road up to the house.

‘As we approached, we saw an individual totally outfitted in body armour, who looked as if he was ready to engage us all in an active shooter situation, but we didn’t see a firearm,’ Sherriff Judd added.

He immediately ran into the house before officers ‘heard another volley and heard a woman scream and a baby whimper’.

The Sherriff continued: ‘Our lieutenant tried to make entry to the front of the house and it was barricaded. He ran around to the back of the house, made entry and met the person and a gunfight ensued.

Responding units then returned fire, after which a helicopter unit saw the suspect leaving the property with his hands raised.

After being taken to hospital, the suspect allegedly tried to grab a gun from a police officer.

Police said they are still looking for a fifth child about ten or eleven years of age who is hoped to have been spending the night at the home of a relative or friend.