As part of our coverage of Pride Month, we asked 10 members of the L.G.B.T.Q. community to reflect on their experiences. Here is one of their responses. Scroll down for more.

I have not been active in the organized L.G.B.T.Q. movement for a long time.

I enthusiastically participated in the first National March on Washington for Lesbian and Gay Rights in 1979. About 100,000 of us were there from around the country, a good turnout but much smaller than subsequent marches — when being out and proud was less dangerous.

At the second national march, in 1987, I was invited to be one of eight major speakers. It was exhilarating to speak before a crowd of nearly one million people.

At the same time, it was devastating to see the vast AIDS quilt on display in one place for the first time, symbolizing so much human loss.

I felt ambivalent about the 1993 march. For me it was overly focused on gays in the military and in presenting our community as an affluent consumer group to win favor from the corporate mainstream. This supposed affluence was not even real except for a privileged sector of largely white gay men.

In 1999 the tight circle of organizers of the Millennium March in Washington reflected how narrow and hierarchical the movement had become.

A group of us established the multiracial Ad Hoc Committee for an Open Process. Ted Beck, Mandy Carter, Chandra L. Ford, Kara Keeling and I wrote an open letter to the march organizers titled “Will People of Color Pay the Price?”

Our efforts at opening up the organizational process were not successful. I did not attend the 1999 march or any subsequent ones. For me the Millennium March was the last straw.

I prefer to put my energy into multi-issue organizing. In the 1970s and 1980s, I co-founded the Combahee River Collective, a black feminist group, and Kitchen Table: Women of Color Press to give women of color, lesbians of color and even gay men of color a voice.

Three decades later, despite some genuine efforts to increase diversity, especially in progressive movement circles, exclusivity and elitism still divide us. We have won rights and achieved recognition that would have been unimaginable 50 years ago, but many of us continue to be marginalized, both in the larger society and within the movement itself.

One in four people in the L.G.B.T.Q. community experienced food insecurity in 2017. Twenty-four percent of lesbians and bisexual women earn less than the federal poverty line. L.G.B.T.Q. youth have a 120 percent higher risk of experiencing homelessness than heterosexual, cisgender youth.

Black men who have sex with men have the highest rates of new H.I.V. diagnoses. People who are transgender, particularly transgender women of color, experience appalling levels of violence, and this violence is exacerbated by poverty and racism.

These statistics show it is not possible to achieve justice in a vacuum. Marriage equality and celebrity culture will not solve it. Neither will political agendas focused on unquestioned assimilation. Gaining rights for some while ignoring the violation and suffering of others does not lead to justice. At best it results in privilege.

Unless we eradicate the systemic oppressions that undermine the lives of the majority of L.G.B.T.Q. people, we will never achieve queer liberation.

Barbara Smith is a black feminist author and activist. 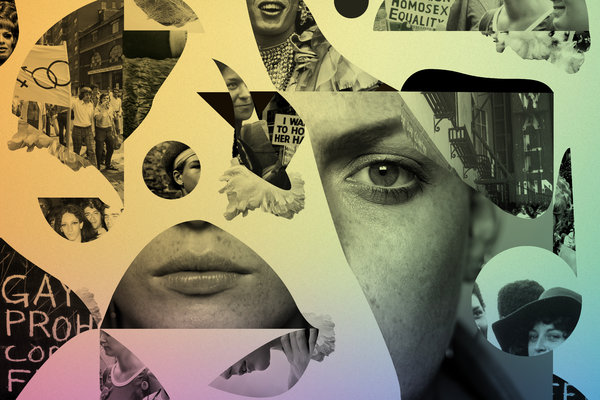 More Reflections on Life After Stonewall

I was 12 when I first heard the word “transgender.” I learned it through the internet and I knew immediately that it fit my experiences. But in 2012, there was not much in the way of trans media, and given the lack of affirmation or resources, I stepped away from that term. I was also in a conservative household in a conservative community, and already struggling with feelings of not fitting in. Keep reading >

Camille Perri: It’s Not a Bad Time to Be Queer, If You’re Rich and White

It wasn’t until I got to a private university in the late 1990s that I learned the phrase for the kind of poor my family was: not sleeping-on-the-street poor, but always-worrying-about-money poor. My-father-worked-two-jobs-poor, but my-mother-still-had-to-remove-items-from-our-shopping-cart-at-the-grocery-store poor. It was called “working class.” Before college, passing as “not poor” had been my way of life, much in the way that trying (and failing) to pass as “not gay” had been my way of life. Keep reading >

Barbara Smith: Why I Left the Mainstream Queer Rights Movement

I enthusiastically participated in the first National March on Washington for Lesbian and Gay Rights in 1979. About 100,000 of us were there from around the country, a good turnout but much smaller than subsequent marches — when being out and proud was less dangerous. At the second national march, in 1987, I was invited to be one of eight major speakers. It was exhilarating to speak before a crowd of nearly one million people. Three decades later, despite some genuine efforts to increase diversity, especially in progressive movement circles, exclusivity and elitism still divide us. Keep reading >

Julia Serano: The Science of Gender Is Rarely Simple

Most anti-discrimination policies intended to protect transgender people are centered on gender identity, a term that originated in the field of psychology and that has been used for over half a century to refer to individuals’ deeply held understanding of what gender they are. It may or may not align with the sex assigned at birth. Opponents of transgender rights have increasingly worked to shift conversations and policy language away from gender and toward biological sex. Keep reading >

Mandana Mofidi: Coming Out to Myself, for Myself

At 9 years old, I was unable to dodge a speeding car heading directly at me. The impact separated me from my bike and sent me flying in the air before landing face-first into concrete. My nose was broken and my four front teeth shattered, along with my jaw. But the pain and embarrassment of my new face — a crooked nose and a toothless smile — didn’t come close to what I felt when I discovered I was a lesbian at 13. Keep reading >

A short time ago during a meeting, I was asked by a gay man if we should keep the “T” in “L.G.B.T.Q.” I gagged and quickly asked him, why should we do that? I was then bombarded with an array of explanations — everything from “gender is different from sexuality” to “the needs of the ‘T’ community are different.” Add gasping to my gagging. Keep reading >

As a young man, I spent several years as a member of the radical Catholic Worker Movement, founded by Dorothy Day and Peter Maurin. In 1986, I made my home with a handful of other volunteers and several dozen homeless people at Saint Joseph House in New York City, just off the Bowery, in the Lower East Side. Our community, which was dedicated to Jesus’s message of peace, nonviolence and love, engaged in resistance against President Ronald Reagan’s nuclear arms race and military interventions in Central America, and every day fed hundreds of homeless men. Keep reading >

Asia Kate Dillon: Stand Up for the Most Marginalized

I want to respectfully acknowledge that the land on which this essay was written is the occupied territory of the Lenape people. As I reflect on the 50th anniversary of Stonewall, I am drawn into remembrance of those who came before: Marsha P. Johnson, Sylvia Rivera, all the trans women, femmes and people of color who started the queer revolution long before I was born. Keep reading >

At 22, I was the youngest regular at the local pub by 30 years. It had taken me close to a year to earn my seat, but Joe, the bartender, would see me walk in, cut an empty can in half with his pocketknife to make an ashtray, and place it on my table with a Pabst Blue Ribbon and a rocks glass of bourbon filled to the brim, no rocks. Keep reading >

In March I turned 71, and I have been analyzing gender since I was 4. In 1952, in my nursery school, we had to line up by gender, and the line for the boys looked like no fun at all. So off I toddled to the girls’ line, where I stood until the teacher gently made me line up with the “other little boys.” I spent the next three decades of my life studying boys and men and acting like them, all the while knowing I wasn’t male. Keep reading >