Beto O’Rourke, one of the rising stars of US politics, has said he is running for president in 2020.

The former three-term Texas congressman confirmed the widely-anticipated news in a video featuring himself and his wife seated on a couch, released on Thursday.

In the message, he said: “This is going to be a positive campaign that seeks to bring out the very best from every single one of us, that seeks to unite a very divided country.”

His campaign will formally kick off in his home town of El Paso on 30 March after he has toured the country, starting in Iowa, where the Democrat primary elections start in February.

“I’m going to travel this country and listen to those I seek to serve,” he added, inviting would-be supporters “to the greatest grassroots campaign this country has ever seen.”

He had earlier revealed his decision in a text message to KTSM, an El Paso TV station and in an interview with Vanity Fair published on Wednesday, where he said: “You can probably tell that I want to run. I do. I think I’d be good at it.

“Man, I’m just born to be in it, and want to do everything I humanly can for this country at this moment.” 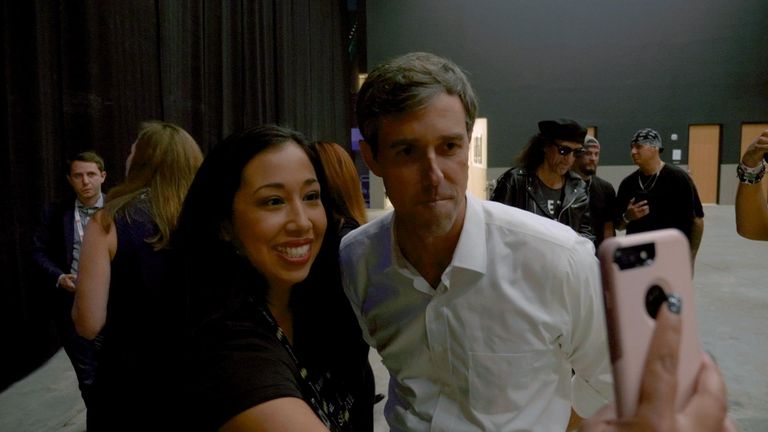 Mr O’Rourke, 46, was one of the breakout stars of November’s midterm elections, running sitting Republican senator Ted Cruz unexpectedly close in the state, a Republican stronghold.

Large crowds attended his rallies to hear his impassioned speeches calling for, among other things, health care for all, gaining him some national recognition.

Despite ultimately losing to Mr Cruz, a former presidential candidate and national figure, he was thought to have done well for a Texas Democrat.

That performance is likely to be crucial as he attempts to stand out in the crowded field of Democrat candidates already in double figures.

Among those who have declared are senators Elizabeth Warren and Bernie Sanders, both of whom have considerable national followings, while many expect former Vice-President and likely front-runner, Joe Biden is expected to announce whether