President Trump participated in a brief, silent Veterans Day ceremony at Arlington National Cemetery and President-elect Joseph R. Biden Jr. made a 15-minute visit to the Philadelphia Korean War Memorial, a morning of somber reflection for both men even as Mr. Trump continued to falsely accuse Mr. Biden of stealing the election from him.

Mr. Trump’s visit — a tradition for the occupant of the White House — was his first public appearance since a news conference last Thursday where he lied about the vote count and attempted to undermine the integrity of the electoral system.

Since then, as the coronavirus pandemic has surged across the country to record levels, Mr. Trump has made little effort to continue governing, raging on Twitter about baseless claims of voter fraud. The president has been seen traveling back and forth from his Virginia golf course. His official schedule has been empty all week. 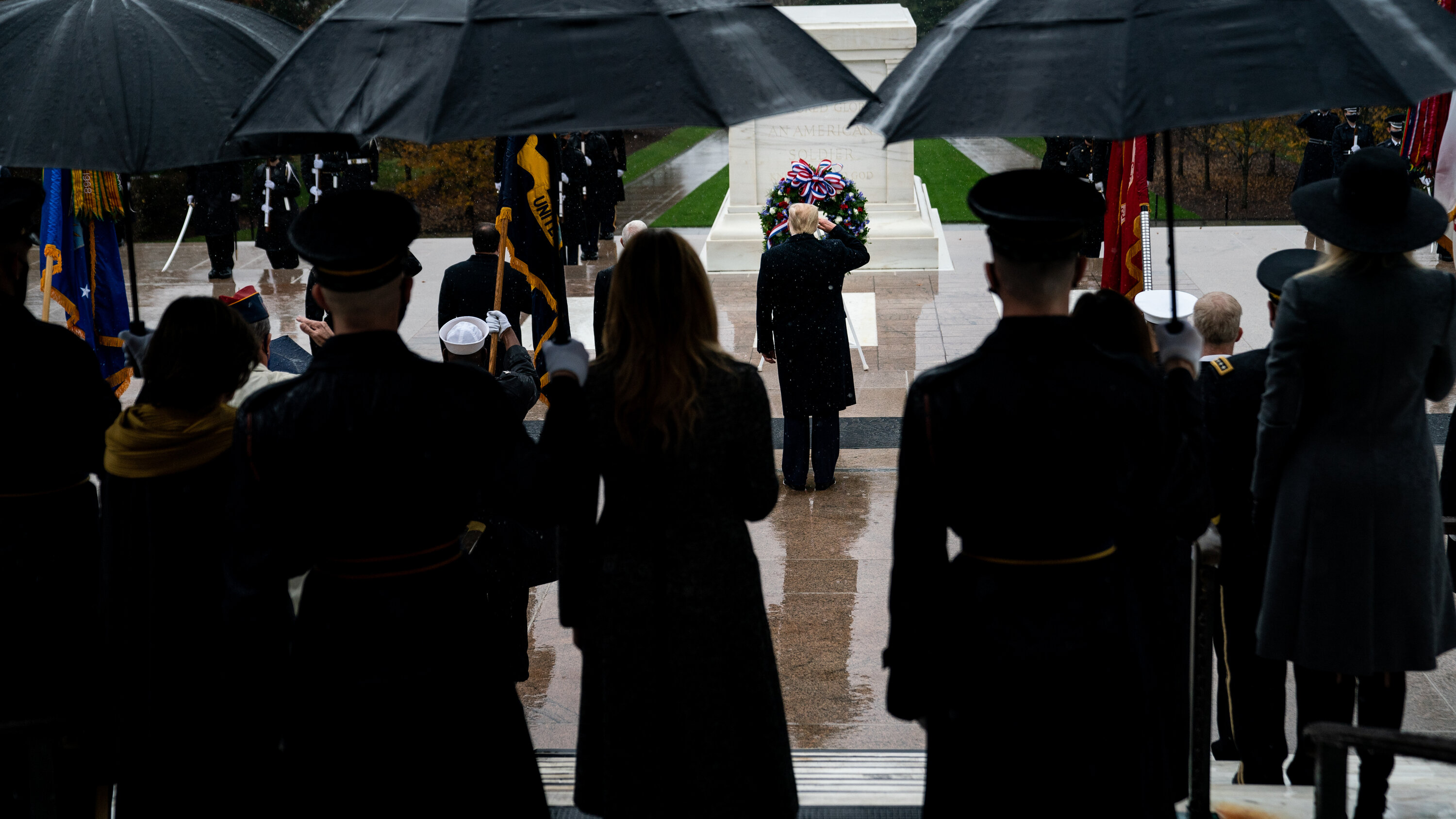 Mr. Biden has made several speeches in that time, including one on Tuesday in which he assailed attempts by the president and his Republican allies to invalidate the Affordable Care Act in the Supreme Court.

On Wednesday, the president-elect, his wife, Jill Biden, and the mayor of Philadelphia, Jim Kenney, were seen at the black marble memorial. Mr. Biden did not make public remarks, but he took pictures with a few groups of people after the presentation of the colors and a brief ceremony that was presided over by a local judge. The Bidens placed a wreath of flowers at the memorial before departing.

Both Mr. Biden and Dr. Biden wore masks while at the memorial.

Mr. Trump emerged from the White House for Veterans Day without a mask, and he did not wear one at the military cemetery, in an apparent violation of its coronavirus guidelines. All visitors to Arlington are required to “wear face coverings while on cemetery grounds,” according to its official Twitter account. “Anyone not having a face covering in their possession at cemetery entry points will not be granted access to the cemetery.”

At the cemetery, Mr. Trump stood next to Vice President Mike Pence, who also did not wear a mask. The president looked uncomfortable in the rain but played his role: he approached a wreath and stood for a moment of silence before retreating and saluting as a lone trumpeter played TAPS.