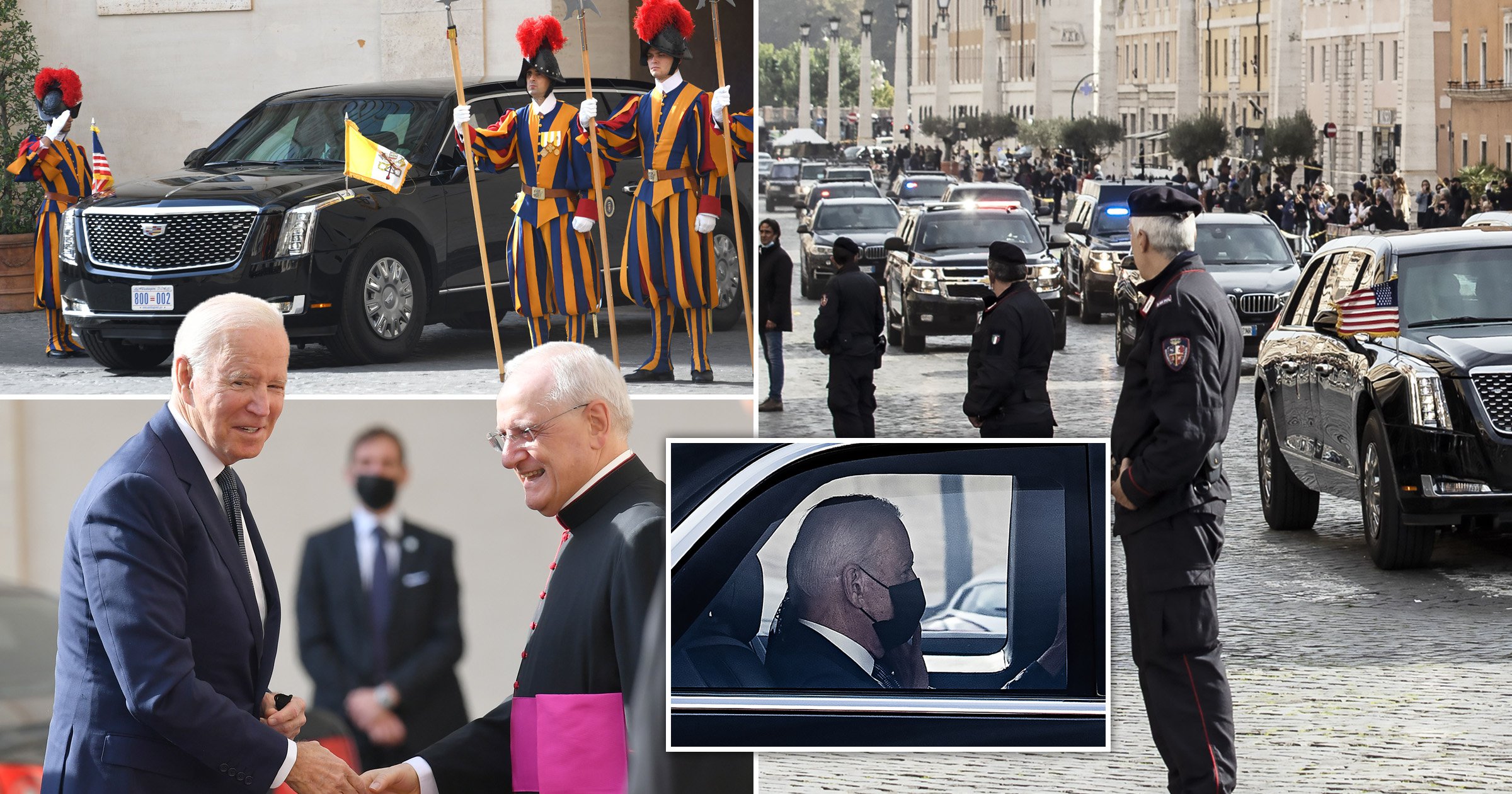 Joe Biden has been criticised for driving through Rome in a motorcade of more than 80 cars on the eve of a crucial climate summit.

The President is in Europe for the G20 followed by COP26 in Glasgow, which has been labelled as the ‘last chance’ for leaders to commit to tackling climate change.

Biden kicked off his Europe trip with a visit to Vatican City yesterday, but his mode of transport has attracted criticism.

The President always travels with a large entourage of aides, medics, security and reporters.

But for his meeting with Pope Francis, his motorcade was extended due to Italian Covid-19 restrictions, which limited the number of people who could be in each vehicle.

A Washington Post journalist covering Biden’s trip to Rome tweeted a video of the extended line of cars with the caption ‘Biden arriving at the Vatican. His motorcade is lonnnnnng.’

The footage prompted others to point out the irony of Biden’s entourage containing so many vehicles when one of the main objectives of his trip is to discuss cutting emissions.

While other Twitter users called the motorcade ‘ridiculous’ and questioned whether the president knew the carbon footprint of so many cars.

The motorcade is just one of the ways Biden is travelling around Europe, having flown to the continent in Air Force One, a customised Boeing 747-200B.

During the course of the 75-minute meeting, it is understood the pair discussed climate change, poverty and the coronavirus pandemic.

The White House said: ‘Biden thanked His Holiness for his advocacy for the world’s poor and those suffering from hunger, conflict, and persecution.

‘He lauded Pope Francis’ leadership in fighting the climate crisis, as well as his advocacy to ensure the pandemic ends for everyone through vaccine sharing and an equitable global economic recovery.’

When taking into account the size of Biden’s entourage and the amount of travelling he is doing while in Europe, one estimate put his carbon footprint at 2.2 million pounds.