The president’s push for transformative policies is running into the realities of governing with no votes to spare. 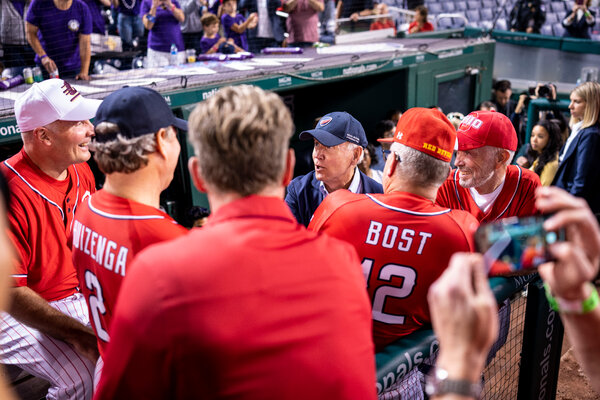 WASHINGTON — When President Biden took office, he made the case that a pandemic that had touched off a national crisis could foster a new consensus in Washington, softening partisan divisions and allowing for the kind of transformational change that would meet a devastating and dangerous moment for the country.

Pushing past obvious rifts within his own party, he proposed the biggest social agenda in a generation — a huge public works initiative to repair dilapidated infrastructure and create jobs, a cradle-to-grave social safety net plan, ambitious programs to curb climate change, and tax cuts on the rich to pay for it all.

He trusted his own negotiating skills as a 36-year veteran of the Senate, his long experience dealing with balky Republican leaders and the power of his personality and office to push it through at a time of deep political polarization.

But as his agenda hung in the balance in Congress this week, it was painfully clear that his assumptions had run headlong into the political realities of governing.

While some Republicans did get behind the infrastructure plan that would let them celebrate at groundbreakings back home, they adamantly refused to embrace the reweaving of the social safety net that Mr. Biden and many Democrats envisioned. And while the president’s proposals are widely popular with the public and have strong support among the great majority of Democrats in Congress, they did not have the unequivocal support of everyone in his party.

That has made for a very bumpy path for the president’s agenda in a Congress in which Democrats have very few votes to spare in the House and a 50-50 Senate with absolutely no room for error.

The turbulence encountered by Mr. Biden and his proposals showed that without larger majorities in Congress — the kind that Democrats currently lack — transformational change is hard to come by. And with absolutely no leeway for defections, party divisions of the kind that have flared up in Democratic ranks can be fatal — or, at minimum, lead to a significant narrowing of expectations.

It is a point that Republicans have been making repeatedly, and it was archly driven home again by Senator Joe Manchin III, Democrat of West Virginia, as he detailed his opposition to Mr. Biden’s plan and demanded that it be cut back by as much as $2 trillion before he would provide his own essential support.

“For them to get theirs, elect more liberals,” Mr. Manchin declared on Capitol Hill, saying that he feared the reach of the program being pursued by Democrats would “basically change our whole society to an entitlement mentality.”

Previous presidents who were able to carry out agendas as ambitious as Mr. Biden’s enjoyed far greater latitude on Capitol Hill, a point Mr. Biden made himself on Friday as he met privately with House Democrats at a unity rally. Lyndon B. Johnson had supermajorities in both chambers of Congress when he maneuvered Medicare into law in 1965. Even then, the process was a difficult one, requiring intensive lobbying by Mr. Johnson, himself a longtime denizen of the Senate.