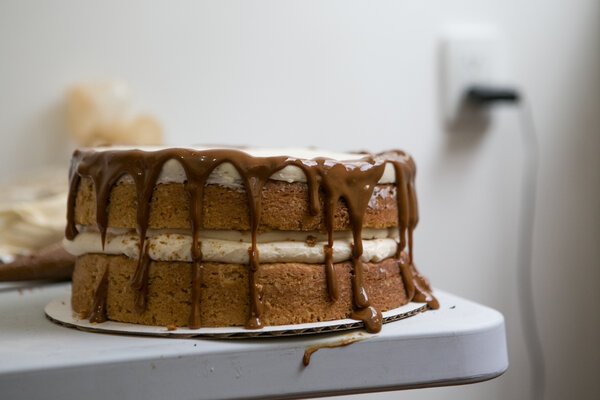 At the height of the pandemic, it was easy to worry that strangers would give you the virus. But a new study of what happened after people’s birthdays suggests that people we trust were also a common source of viral spread.

Private gatherings have been harder for researchers to measure than big public events — they’re private, after all. And there has been a fierce debate for months among epidemiologists about just how big a factor they have been in how coronavirus moved from person to person.

But researchers from Harvard, the RAND Corporation and Castlight Health used a creative method for finding them: Using health insurance claims data, they looked at the Covid rates of families in the two weeks after one of them had a birthday. Overall, their paper, published in Jama Internal Medicine, found that a recent family birthday increased Covid risk by nearly a third in counties where the virus was widespread.

Their theory is that the increased risk is almost certainly explained by birthday parties. Though the insurance claims don’t show whether any individual Covid patient had actually held a birthday party, several aspects of the data strongly suggest a connection.

For one, when researchers looked at other days of the year by randomly assigning birthdays instead of using actual birthdays, or examined diagnoses in weeks before birthdays, they found no such pattern. But, perhaps more significantly, they found the biggest infection risk in the weeks after the birthday of a child.

“My wife and I, we certainly didn’t see the need to gather indoors for our birthdays,” said Anupam Jena, a professor of health policy at Harvard Medical School and one of the paper’s authors, who said the study was inspired by his own daughter’s birthday. “Our kids might be more disappointed.”

Birthday parties, of course, often involve groups huddling in close quarters, perhaps to watch a child blow out candles on a cake.

The study considered data from last year, when Covid was much more common and fewer Americans were vaccinated. But its conclusions are still relevant for Americans who are unvaccinated today — a group that includes all children under 12. That may be especially true as the new, more contagious Delta variant begins to circulate in more states.

Many political debates about managing the pandemic have centered on what to do about public spaces — like whether restaurants should be allowed to open, or whether masks should be required. Public officials have had a harder time policing people’s behavior at home. They’ve also struggled to measure its effects.

K.J. Seung, the chief of strategy and policy for Partners in Health’s Massachusetts Covid response, who helped set up the contact tracing system, said it has been hard for contact tracers to clearly demonstrate that people were contracting the virus in small private gatherings.

Public exposures, like at a factory or a wedding, were easier for them to track. Individuals often didn’t share the nights they had a cousin over for dinner or drove a friend home from work, whether out of shame or forgetfulness — and if they did, they were reluctant to name names.

“Small social gatherings are the most difficult locations to trace,” he said. Yet “when we talked to contact tracers around the country, they were like: Yeah, people are getting infected at these small gatherings.”

So much behavior around the pandemic — including mask use and the uptake of vaccines — appears to differ by people’s political party. But the study found that birthdays led to increased Covid infections by similar levels in Republican and Democratic areas of the country. This suggests that although Democratic-leaning households may have been more likely to wear a mask while walking the dog, they may have differed less than Republicans in their comfort having a trusted friend over to visit.

“There was definitely this element of your home is a safe place and therefore when you have your friends and family over in your home, it just doesn’t feel risky,” said Dr. Ashish Jha, the dean of the School of Public Health at Brown University, who described the paper as “creative” for finding an unusual way of capturing disease transmission that is otherwise hard to measure.

For many Americans, birthday parties have gotten much safer in recent months. The Centers for Disease Control and Prevention says it’s safe for fully vaccinated people to gather indoors without wearing face coverings.

But for those who remain unvaccinated, the study is a reminder that even activities that feel the most safe pose a threat of infection. In many parts of the country, unvaccinated people are clustered by region or social group, meaning that birthday parties — and other such festive, private occasions — can still be risky.