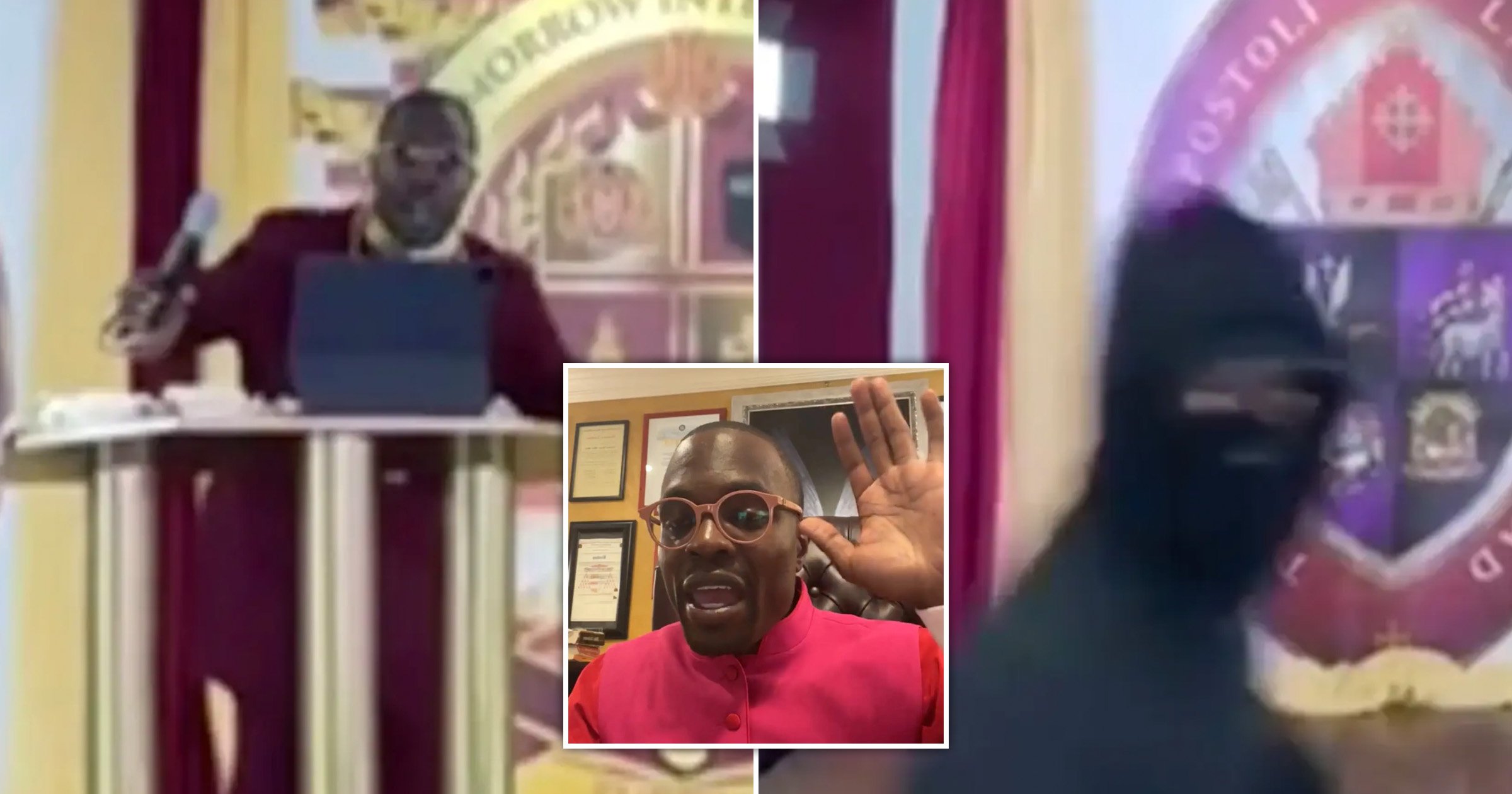 A bishop and his wife were robbed at gunpoint for more than one million in jewelry in front of his congregants as he preached a sermon.

Bishop Lamor Miller-Whitehead, 44, was preaching at Leaders of Tomorrow International Church in Canarsie, Brooklyn, on Sunday when three masked gunmen entered the sanctuary.

The robbery was caught on video as the church livestreamed the sermon on YouTube.

In the shocking video, Whitehead can be seen addressing the congregation.

‘How many of you have lost your faith because you saw somebody else die?’ he asked the crowd just before the assailants entered the back of the room.

‘Everybody stay still. Nobody move,’ the gunmen can be heard saying as they approach Whitehead.

‘I didn’t know if they wanted to shoot the church up or if they were just coming for a robbery,’ Whitehead said while recounting the incident on Instagram.

Around 100 congregants were in the building when the gunmen entered, Whitehead said.

Whitehead said he believed they targeted him specifically.

‘One went to my wife and took all of her jewelry, and had the gun in front of my 8-month-old baby’s face,’ he said in an interview with CBS New York.

Police sources confirmed to the New York Post that $1,060,000 in jewelry was stolen from Whitehead and his wife.

Whitehead said they stole his bishop’s ring, his wedding band, his bishop’s chain and necklaces underneath his robe.

Whitehead made headlines earlier this year when he helped negotiate the surrender of Andrew Abdullah, the man charged with the unprovoked shooting of Goldman Sachs employee Daniel Enriquez in May.

He believes he was targeted because of media coverage.

‘They called me the bling bling bishop. They had my Rolls Royce car all over everywhere. And I feel that it played a part in this,’ he told CBS New York.

In a later video streamed on Facebook, Whitehead offered the public a $50,000 reward for the capture of his assailants.

‘Some people say you have to put your money where your mouth is,’ Whitehead said in the video. ‘I want these young men captured. I want the NYPD to capture them, and I want them to be prosecuted at the highest level.’