Ohio police released shocking body-cam footage Wednesday of an officer fatally shooting an unarmed black man who was in his bed.

The video shows Columbus Police Officer Ricky Anderson, a 30-year veteran with the department, and other officers pushing open a bedroom door around 2am Tuesday and shooting 20-year-old Donovan Lewis as he sat up in bed.

Lewis was unarmed and found next to what may have been a vape pen.

Police went to the apartment to serve Lewis arrest warrants for domestic violence, assault and felony improper handling of a firearm, the Columbus Dispatch reported. 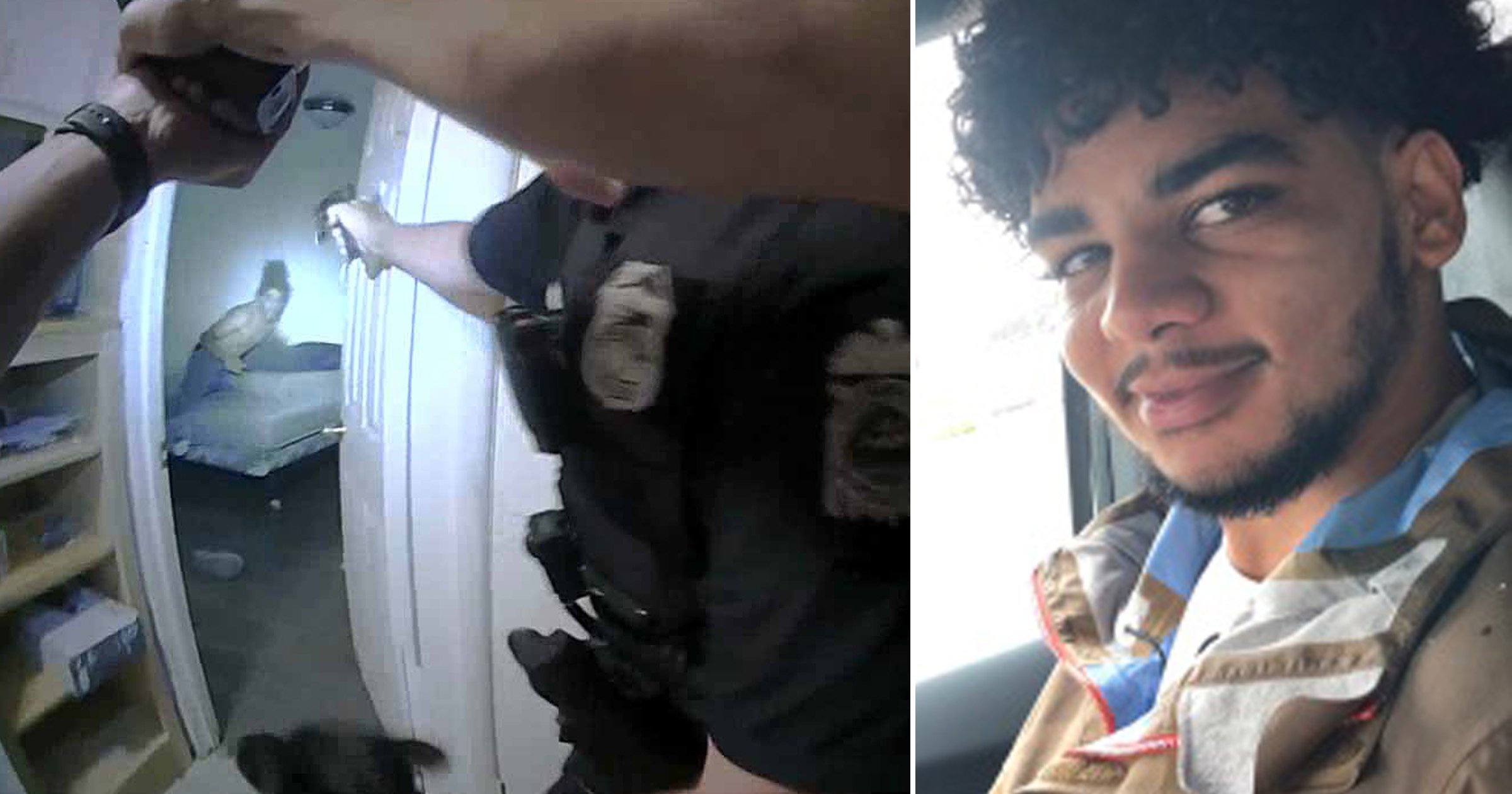 Body cam footage shows officers knocking and calling out to Donovan by name for somewhere between eight and 10 minutes. Police then handcuffed two men who came to the door of the apartment before Anderson went inside with a K-9.

The dog began barking outside the bedroom door, indicating to the officer a person was inside the room.

Moments after opening the door, Anderson can be seen firing a single shot at the man, later identified as Lewis, who appeared to be raising his hands.

An officer then repeatedly yelled ‘Hands!’ before telling Lewis to ‘crawl out here,’ but the wounded 20-year-old remained in bed.

Over 20 seconds later another officer says ‘I’m going in, cover me.’ Two cops enter the room and order Lewis to put his hands behind his back. The officers tell Lewis to ‘stop resisting’ before carrying him out of the apartment.

Once Lewis was outside the building and handcuffed, police began providing CPR and other first aid before paramedics arrived. He was taken to a nearby hospital, where he died shortly after 3am.

During a news conference, Columbus Police Chief Elaine Bryant said that in the moment Anderson opened fire, it appeared that Lewis was holding ‘something’ in his hand. A vape pen was later recovered from his bed.

‘Donovan Lewis lost his life,’ Bryant said. ‘As a parent, I sympathize and grieve with his mother. As a community, I grieve with our community

Anderson has since been placed on leave pending an investigation of the shooting. The Ohio Bureau of Criminal Investigation is handling the probe.

The slain man’s family released a statement Wednesday, saying they were asking for support while they grieve.

‘In literally the blink of an eye, a Columbus Police Officer shot and killed Donovan Lewis, an unarmed young black man who was alone in his bed in the middle of the night,’ the statement said. ‘Frame by frame, the video reveals the truth — three white officers accompanied by an aggressive K9 dog shot an unarmed 20-year-old in cold blood as he sat up in his bed in compliance with police commands.’

Lewis’s killing was the third police shooting in the city of Columbus just this week, officials said.