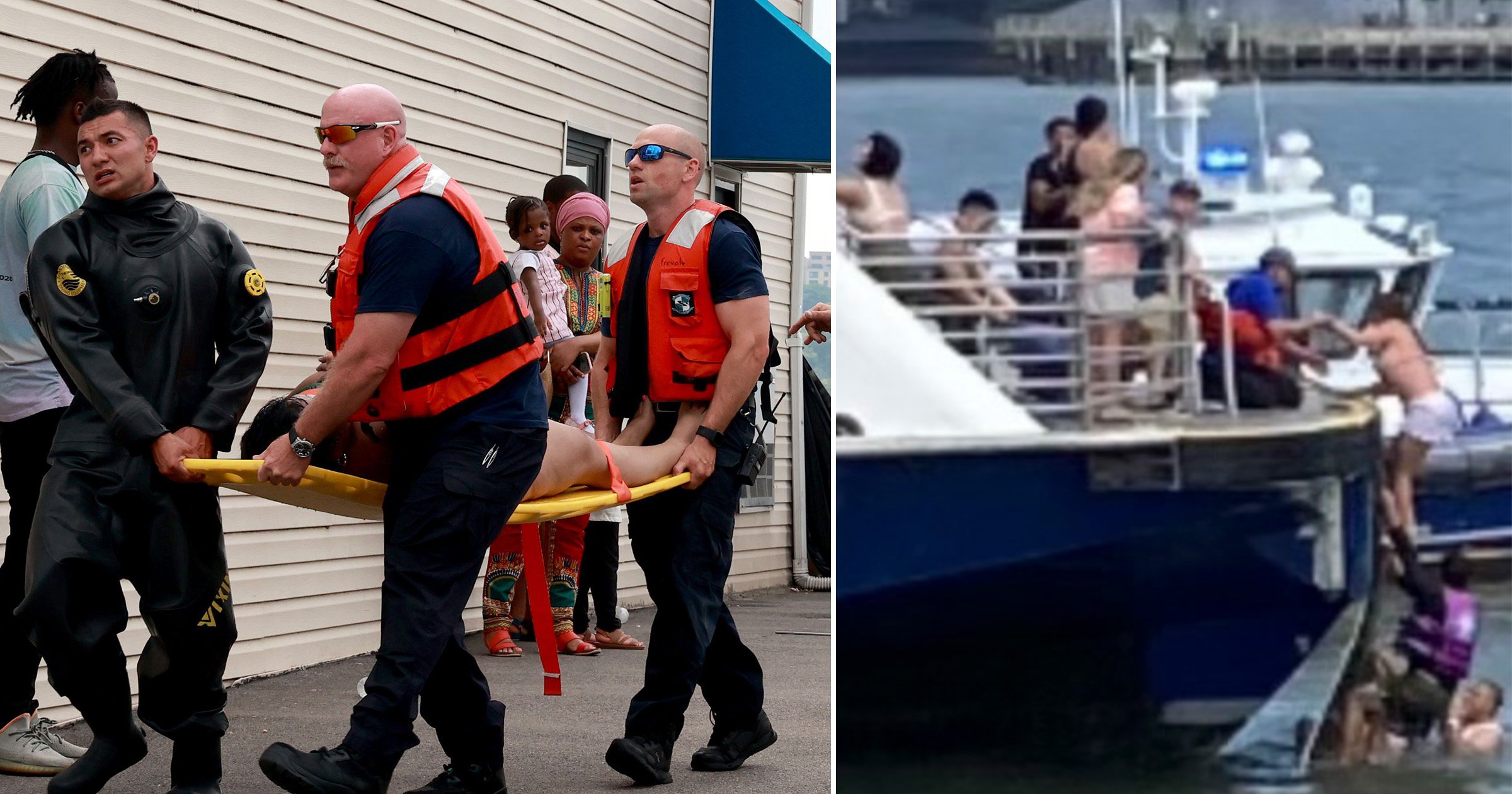 A boat that capsized in the Hudson River in New York City and killed two passengers was apparently carrying more people than it was designed to hold.

The 24-foot-long Yamaha AR240, called Stimulus Money, had a maximum capacity of 12 people or about 2,698 pounds, according to specs on Hardcore Marine.

Hours after the boat capsized on Tuesday afternoon, authorities said 12 people were on board. But by late Wednesday, police revealed that at least 13 were aboard.

Lindelia Vasquez, 50, who chartered the boat, and her seven-year-old relative Julian Vasquez died, and several others were injured.

Police sources said there were ‘no immediate signs of criminality’, but going over the boat’s capacity could mean trouble for the charter company, the boat’s owner or the operator, attorney Jeffrey Goodman told the New York Post on Thursday.

‘There are responsibilities that exist for the charter company, for the vessel owner and the operator. Who did what wrong here, I can’t say,’ said Goodman, a partner attorney at Saltz Mongeluzzi & Bendesky who has represented families of victims in other boating incidents.

Goodman continued: ‘A lot of times you’ll get boat operators who’ll take the viewpoint, “It’s a bunch of little kids so it doesn’t matter,” which is completely inconsistent with regulations…

‘Children versus adults does not change the safety threshold when it comes to overloading.’

Besides Julian, it was not immediately clear how many kids were on the boat.

Boats most commonly capsize due to weight or wave issues, or both, according to Goodman

‘If a boat is capsizing onto its side, it’s indicative of either how the weight was distributed on that boat or how waves struck that boat,’ he said.

NY Waterways spokesperson Wiley Norvell denied claims that a passing ferry caused Stimulus Money to overturn, and said that the closest ferry was four minutes away at the time of the accident.

‘That’s a very large distance from which there could be no discernible wake,’ said Norvell.