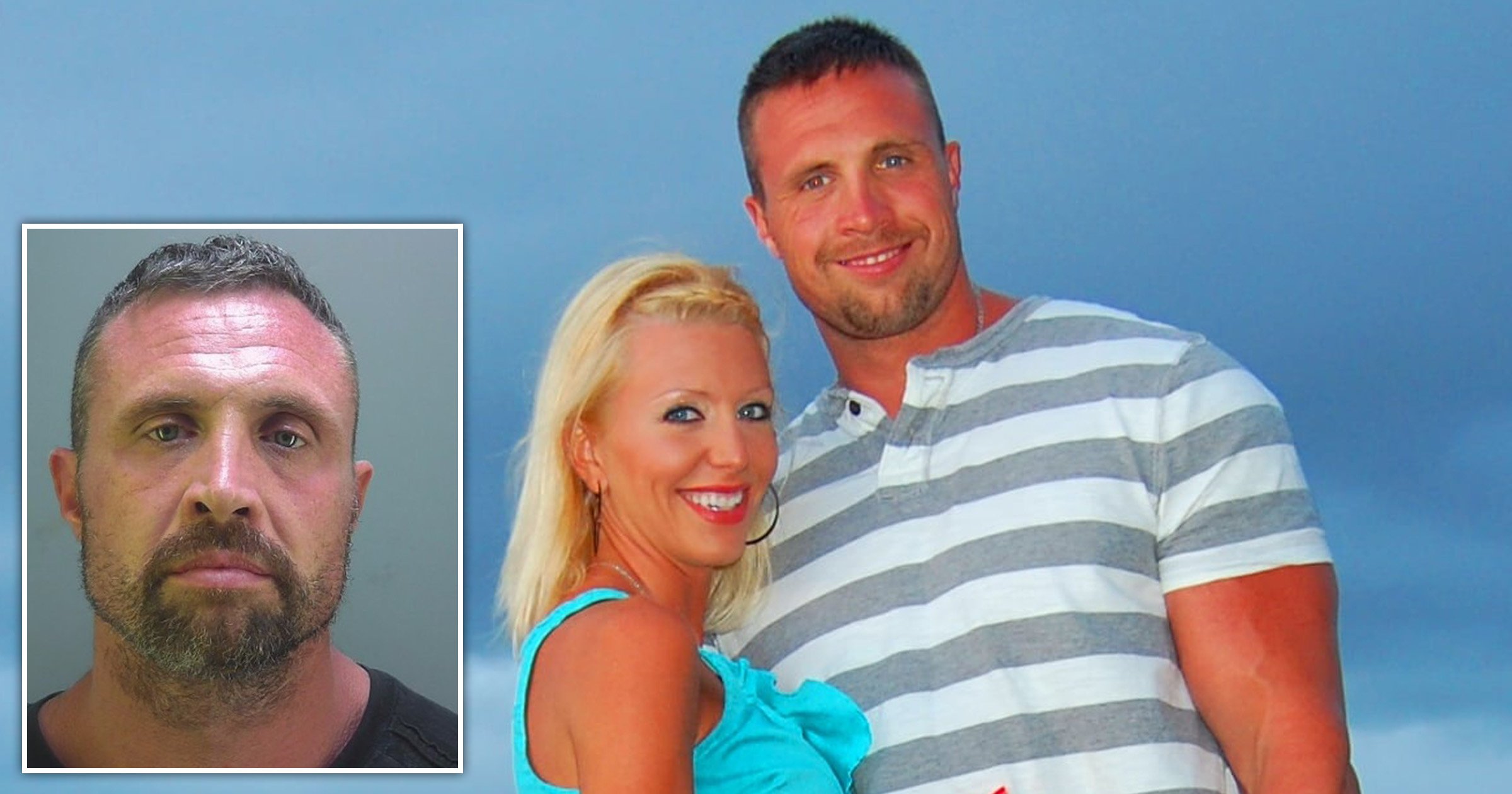 A bodybuilder allegedly killed his ex-wife when she went to his house to pick up her belongings and incinerated her after retrieving her engagement and wedding rings.

Ian Christopher Baunach, 43, on Monday pleaded not guilty to killing Katie Baunach, 39, who is the mother of their two children.

The ex-Marine was arrested in November 2021 and charged with domestic battery by strangulation, but released later the same day on a $25,000 bond.

In September, 10 months after Ian’s arrest, Katie accused him of abusing one of their kids and obtained a restraining order against him.

Katie left their two kids with a friend on September 29 and said her ex-husband had allowed her to go to his home to take back some of her ‘personal items’. She did not return.

The following day, police went to Ian’s house in LaBelle, which is about 30 miles east of Fort Myers in Florida, and found Katie’s car outside. However, Ian was not inside the residence. Cops later found Katie’s car was no longer parked outside the home.

Police obtained a search warrant because Ian would not let them inside. When they got in, they saw blood stains which he said were from grocery items.

They broke into a safe and recovered an AR-15 upper receiver and 13 silencers – and Katie’s engagement and wedding bands.

Cops also found a .40 caliber pistol on a bookshelf, a shotgun and three rifles in the attic.

Outside, they discovered human remains, including ‘the fragment of a human mandible with an intact tooth in a fresh burn pile’, court documents state.

Ian, who carried another .40 caliber pistol on him, admitted to getting in a fight with Katie ‘over another woman’ and being ‘angry’ that she was granted a domestic violence injunction against him.

But he denied murdering Katie and said she had vanished and there was no one there.

Ian was arrested and charged with first-degree pre-meditated murder, cremating a dead body 48 hours after death and destruction/concealment of physical evidence.

He could face the death penalty or life in prison if convicted.