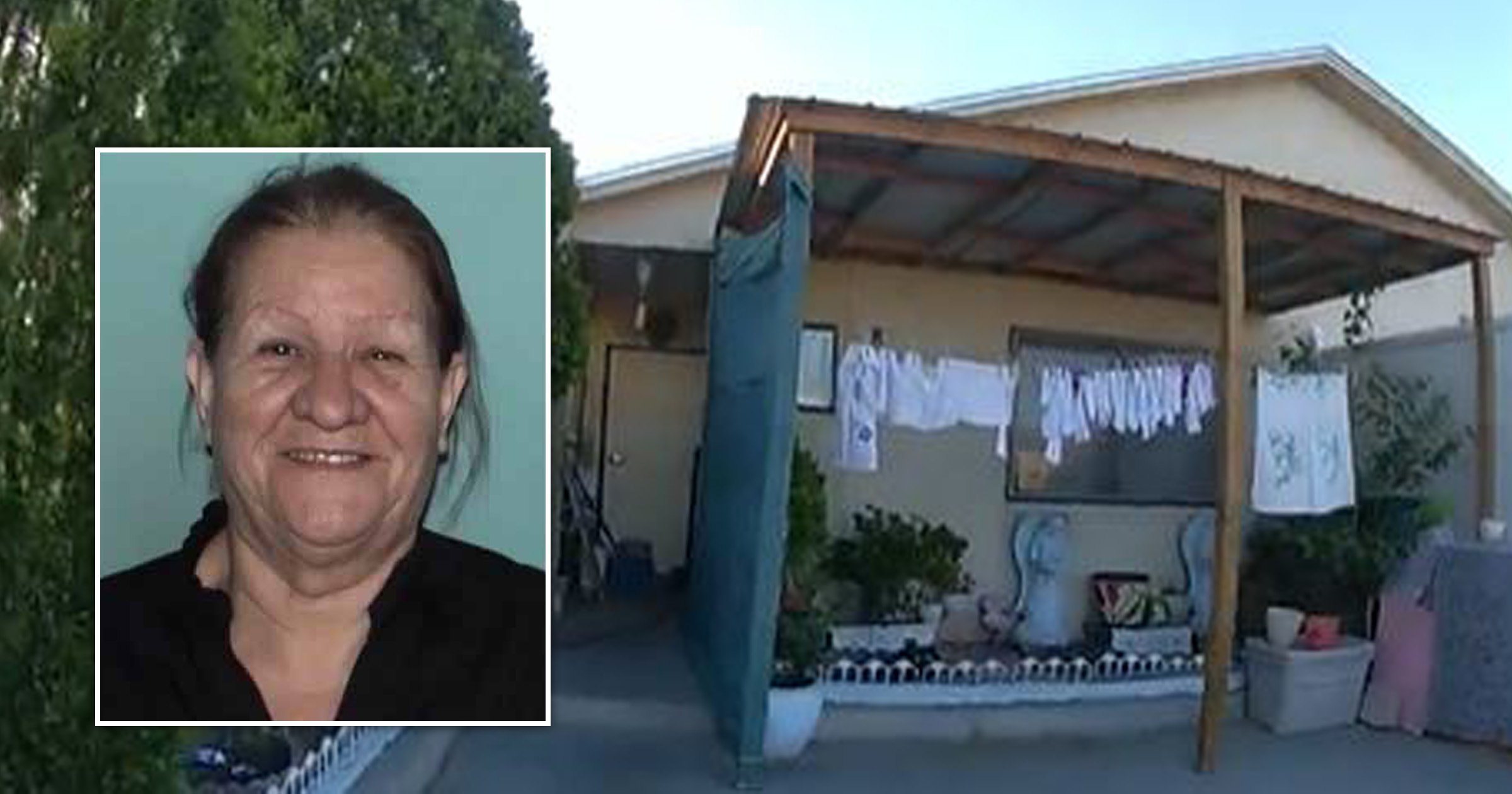 Horrifying body camera footage has revealed the moment a New Mexico police officer fatally shot a 75-year-old woman with dementia after she threatened to kill her daughter.

The shooting, which took place in April, was the result of a 911 call from Amelia Baca’s daughter.

‘I really need an officer, an ambulance, or someone because my mother’s getting aggressive right now,’ her daughter, Jennifer Enriquez, told a 911 dispatcher.

‘She’s 75 and she has dementia. I’m hiding in a room because she is threatening to kill me,’ she said, noting that her own daughter, Albitar Inoh, was also present.

In the video, which has made rounds on Twitter, an officer asks Baca’s daughter and granddaughter to step outside. Her granddaughter can be heard in the video telling the officer to ‘be very careful’ as they exit the home.

The officer then pulled out his gun and demanded Baca drop the two knives. He repeatedly yells at the elderly woman to drop the knives. Her family can be heard screaming back at the officer, though it’s unclear what they’re saying.

Baca can be seen, holding the knives pointed toward the ground, taking a step toward the officer. The officer then fired two rounds, striking Baca.

In the video, her daughter and granddaughter can be heard screaming as the shots are fired.

Lifesaving measures were initiated, but Baca died at the scene, police said. The officer who shot Baca has been placed on administrative leave, a standard procedure for such incidents.

The officer who fired the fatal shot has not been named. It’s unclear what information the officers who responded to the home had been provided from the 911 call.

The American Civil Liberties Union of New Mexico (ACLU) has called for a thorough and transparent investigation into the shooting.

The case will also be reviewed by the 3rd Judicial District Attorney’s Office.