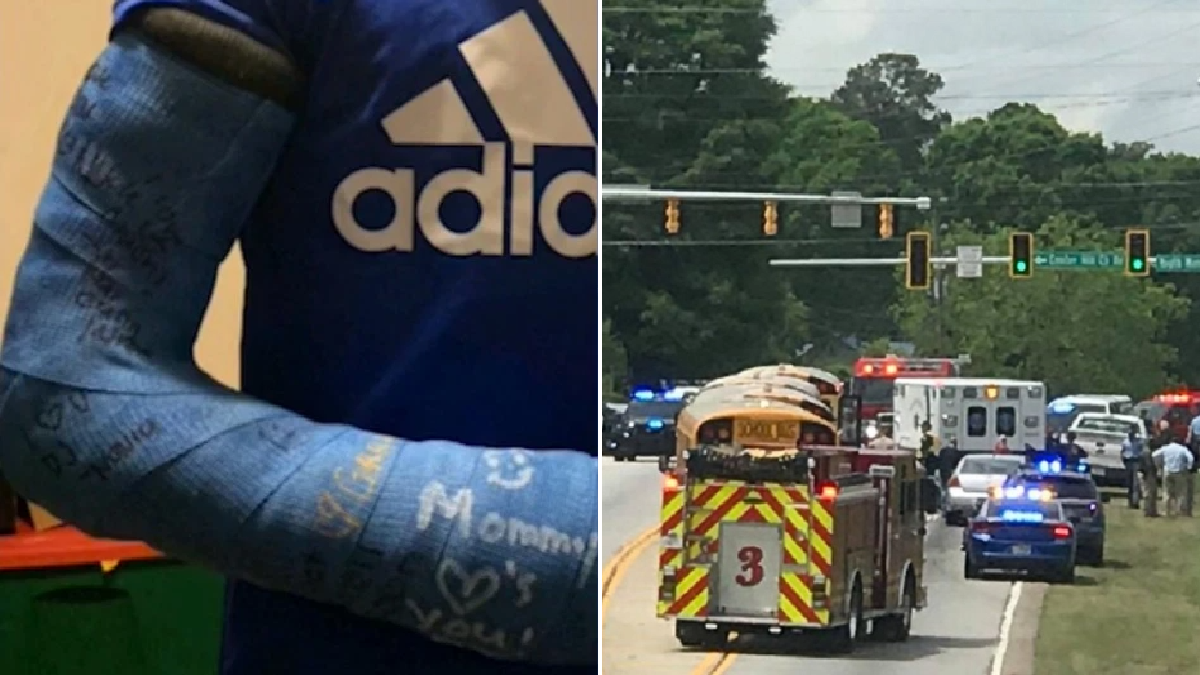 An 11-year-old boy jumped out of a school bus window and onto a passing pickup truck to escape being ‘beaten up by bullies’.

Dion Murphy says his son made the drastic decision to leap out of the rear window of the bus, in Walton County, Georgia, because he was being attacked by group of bullies.

Murphy described his son’s actions as a ‘desperate attempt’ to flee from his alleged aggressors. In escaping from the window, the middle school student jumped onto a passing pickup truck before rolling onto the highway.

He suffered a broken elbow and concussion in the death-defying stunt last Wednesday and has since been removed from the school by his father, reports FOX5 Atlanta. 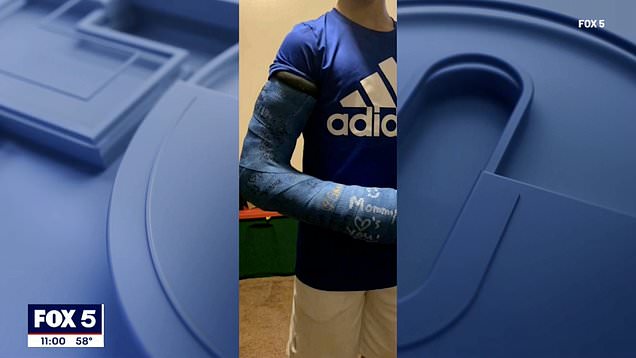 Speaking to the station, Murphy said: ‘One student jumped in his face, he was pushing him against the window, when he fell, the other student took his shoe and in a desperate attempt to escape it, he jumped out the window.

‘I believe he was trying to escape the situation. At this moment he felt his back was up against the wall.’

The bus was stopped at a turn lane when the boy, a student at the Youth Middle School, leapt out of the rear window. Georgia State Patrol and first responders were called to the scene and the injured 11-year-old was taken to a nearby hospital.

His dad, Murphy, added that this wasn’t the first time his son had apparently been picked on by bullies.

The family said they had told the school about previous incidents.

Murphy claims he saw a video of the beating his son endured during a meeting with the school’s principal on Friday.

He said: ‘There’s more tapes and that’s why I’m so upset because the school neglected the bullying act and did not do anything about it.

‘They took it as horse-play, but my son could have lost his life.’

A spokesperson for Walton County Schools said the district was aware of the bullying allegations.

‘The Walton County School District does not tolerate bullying and harassment of any kind’, the spokesperson said in a statement.

‘The incident is being thoroughly investigated by school officials and any disciplinary issues that may arise will be handled appropriately at the school level.’