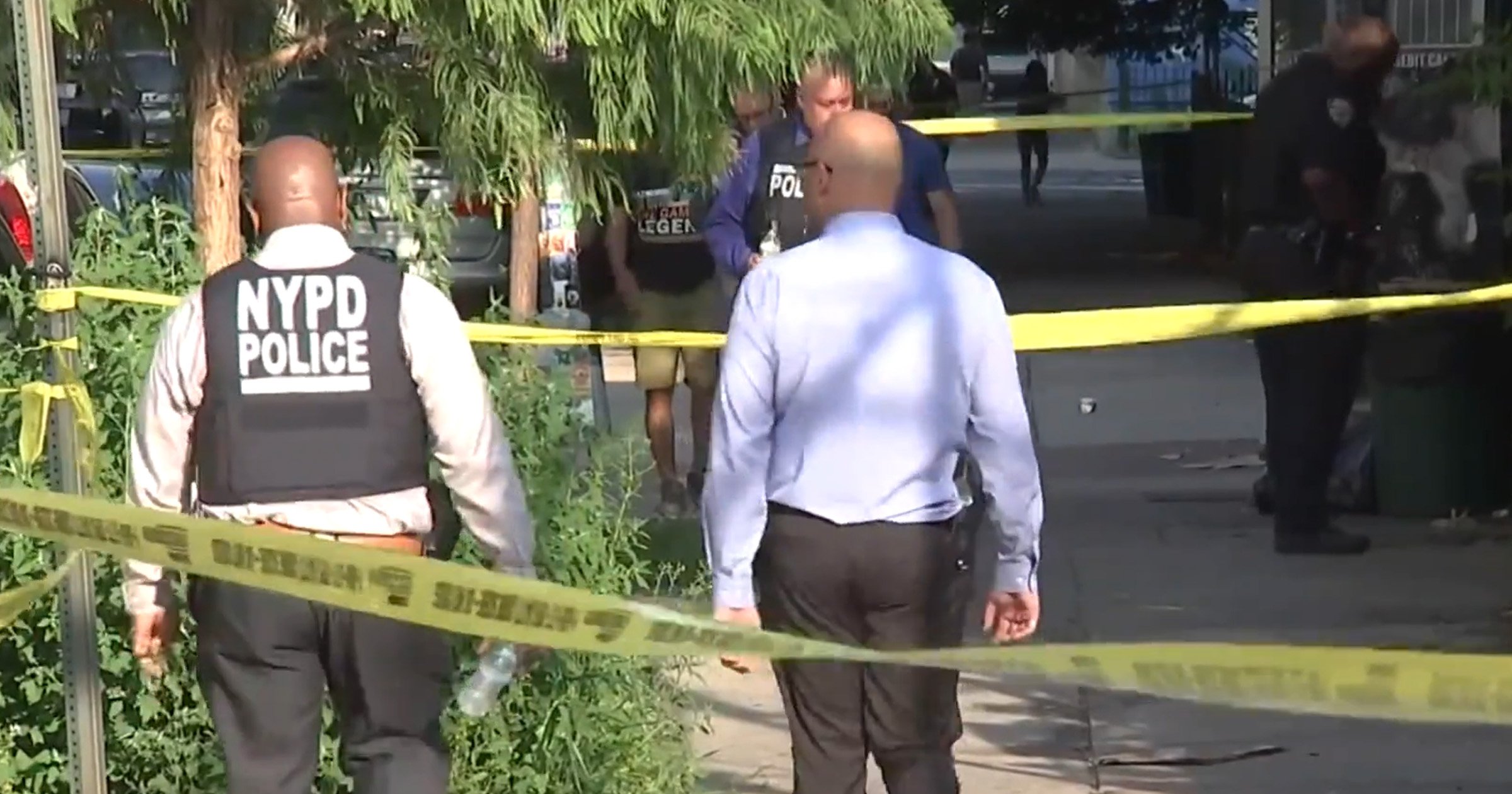 A 14-year-old boy was fatally shot in the head while saying goodbye to his old neighborhood, police said.

Justin Streeter recently moved with his family from East Harlem, New York City to New Jersey in order to ‘create a better life and get out of the ghetto,’ a witness who knew the family told police.

The teen was grabbing snacks with a friend at a neighborhood deli around 4.30pm Tuesday and as they left the store a gunman on the street corner opened fire. Both boys were struck — Justin in the head and his friend in the leg.

‘He was a child just going to the store with his best friend,’ the slain teen’s father, Damon Streeter, told CBS News. ‘They took my son from me.’

Cellphone footage taken after the tragic shooting shows cops desperately tried to help the young boy as he lay on the ground wounded.

The recent middle school graduate was rushed to a local hospital, where he was later pronounced dead.

A witness, who did not want to be identified, told police they knew Justin and his family and shared they had recently moved from New York City to a suburb in New Jersey.

‘They supposedly had moved out to New Jersey to create a new life and get out of the ghetto, and they came to say goodbye to their loved ones and friends. And sure enough, it was the last goodbye,’ the witness said.

Justin’s friend, a 15-year-old boy, was struck in the leg by a bullet as he was running away. He is expected to survive, as well as another person who was hurt while trying to help the teen escape.

Officials found seven shell casings in the area of the shooting.

The suspect, who was reportedly wearing a gray sweatshirt and blue jeans, fled west on 128th Street.

The shooting is believed to have been targeted, though the motive is unclear. The victims had no gang affiliations, according to police, who say they haven’t ruled out a case of mistaken identity.