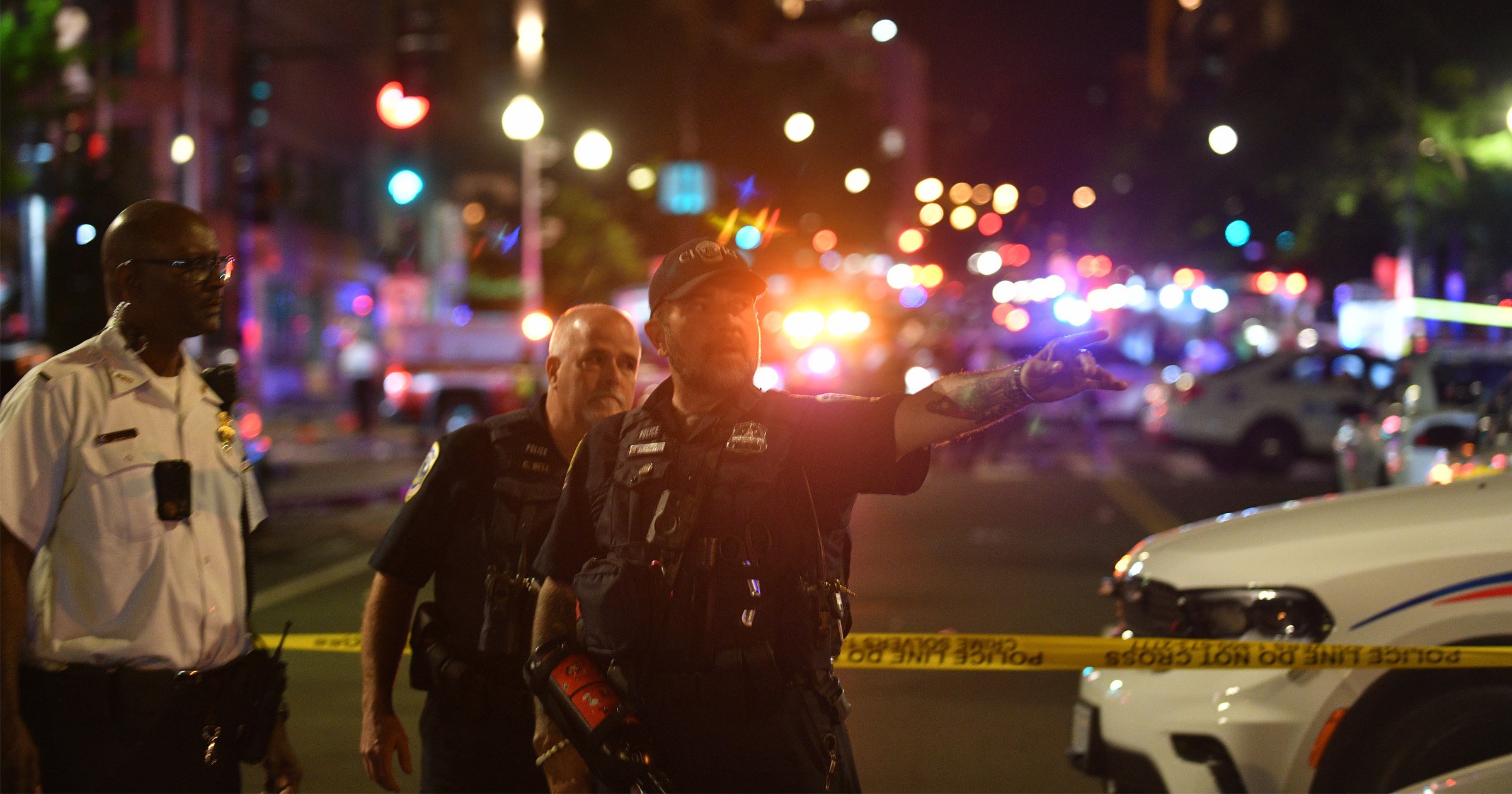 A 15-year-old boy was killed and three people, including a police officer, were shot during a music event for Juneteenth on Sunday, police said.

Several hundred people were gathered in downtown Washington DC for a Juneteenth advocacy and music festival called ‘Moechella,’ which police say was an ‘unpermitted’ event.

About two hours into the event, police moved to break up the event after a fight and another incident led to people getting trampled. Police recovered a firearm from the event before the shooting broke out.

Police were trying to clear out the area around 8.30pm when the shooting began. An unidentified 15-year-old boy was killed in the incident, while a police officer was shot in the leg and two other adults were also shot.

All three adults were brought to area hospitals for treatment. It’s unclear what led to the gunfire.

Several firearms were recovered from the area after the event was over, including the firearm that was used in the shooting incident.

Police believe one person is responsible for the shooting, but do not have anyone in custody.

None of the victims have been identified and it’s unclear if police believe the incident was carried out by one person or if they have a specific suspect in mind.

According to Moechella’s Instagram page, the event was a peaceful demonstration to celebrate Juneteenth, a holiday to commemorate the emancipation of enslaved people in the US.

The name combines the month and day that slavery was abolished in Texas, the last US state to allow slavery. The day became a federal holiday in 2021 under the direction of President Joe Biden.

Following the shooting, Washington DC’s Mayor Muriel Bowser held a press conference, highlighting events need greater preparation to avoid such tragedies in the future. Several DC officials have noted since the weekend that Moechella organizers did not obtain city permits to hold their event.

‘We have a child who was killed today at an event that did not have any proper planning,’ Bowser said. ‘We need some accountability here.’