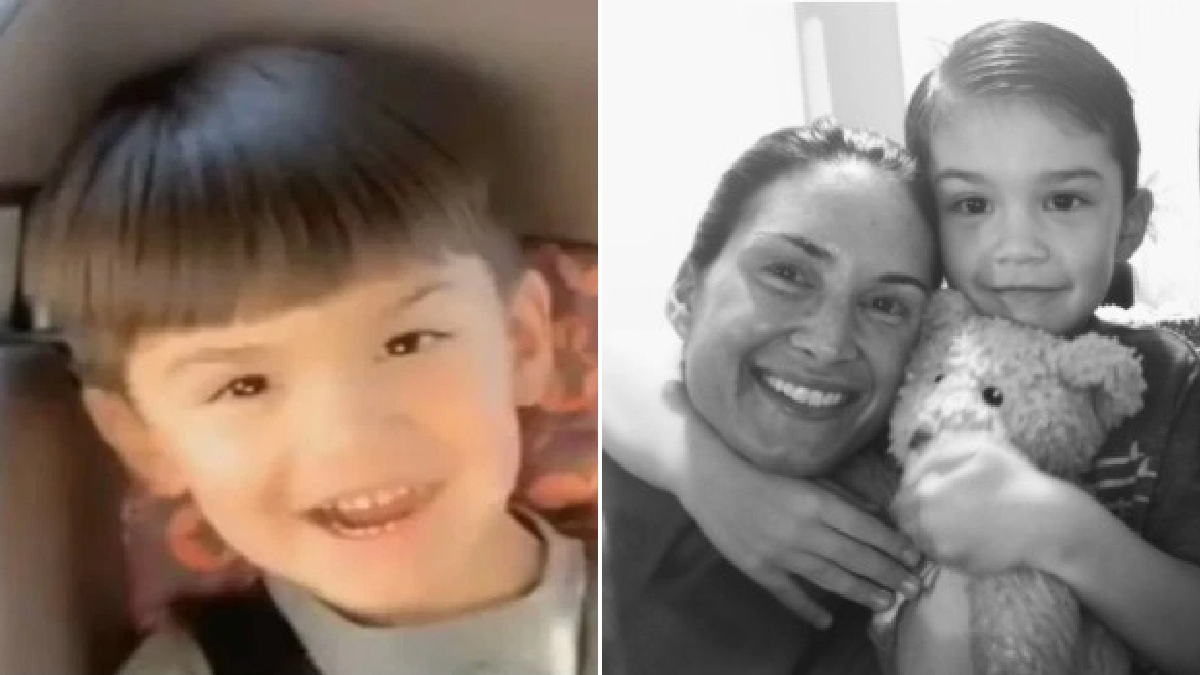 A six-year-old boy was shot and killed in a suspected road rage incident after his mother reportedly gave the finger to another driver on the highway. Kindergartner Aiden Leos was in a booster seat in the back of the car on the way to school on Friday morning when a driver cut his mother off in the carpool lane, police said.

The maneuver prompted Aiden’s mother Joanna Cloonan to flip off the driver, according to the Orange County Register. While Joanna merged into another lane, a passenger in the other vehicle is believed to have fired gunshots and struck Aiden.

‘Mommy my tummy hurts!’ Aiden said, according to his sister Alexis Cloonan at a press conference on Friday.

Joanna pulled over on the side of northbound State Route 55 in Orange, California, and held her son.

‘She had blood on her clothes and then he started turning blue and that’s when the ambulance took him and that was the last time that my mom saw him alive,’ Alexis said during the news conference. ‘(My mom) had to hold her little boy as he died, so she is very distraught right now.’

An off-duty police officer stopped and performed CPR on Aiden before paramedics arrived. Aiden was pronounced dead at Children’s Hospital of Orange County.

Authorities are still searching for the vehicle suspected in the incident, which they are describing as a white Volkswagen sedan with a man and a woman. The woman is believed to have been driving and the man may have fired the shots.

Joanna’s mother said, according to KABC: ‘This is not OK… whoever these people are and for whatever reason, this is not OK. It should never happen again. So whatever help this does, that’s my intention, is for my son.’

As of Monday morning, a GoFundMe account set up for Joanna had received more than $183,000 in donations, nearly double its goal.

Anyone with information on the incident and suspects is urged to call the California Highway Patrol.