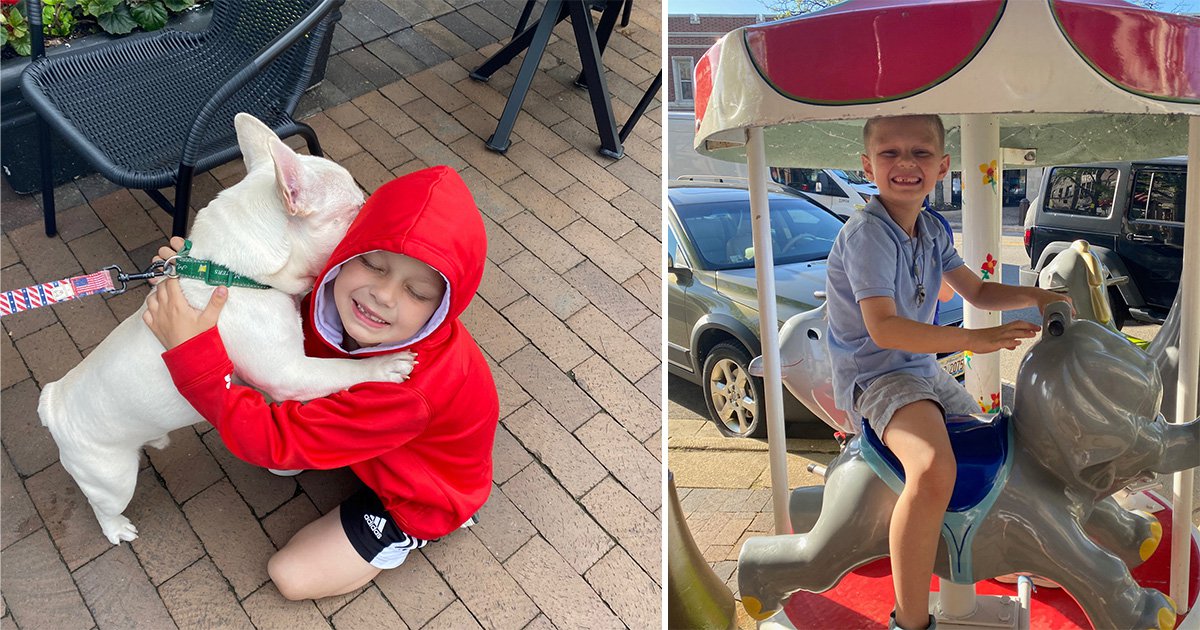 An eight-year-old boy who was shot during the Highland Park massacre and paralyzed has regained consciousness and is finally able to breathe on his own.

Cooper Roberts, who is paralyzed from the waist down after being shot in the chest, has asked to see his twin brother Luke, who was also struck during the Fourth of July parade mass shooting, WLS reported.

After being in critical condition, Cooper has been upgraded to serious condition, ‘a very positive development’, his family said on Friday through their spokesman Anthony Loizzi.

‘He’s undergone several surgeries since Monday, including one last night in which doctors were finally able to close up his belly,’ said Loizzi, a family friend and colleague of Cooper’s mother Dr Keely Roberts, who was also shot.

Luke sustained shrapnel wounds to a leg and has been discharged from the hospital. He is home with his sisters, who did not attend the deadly parade.

A bullet severed Cooper’s spinal cord, causing significant damage. He was airlifted from one hospital to University of Chicago’s Comer Children’s Hospital, where he is being treated.

Dr Roberts, who serves as Zion Elementary School District 6 superintendent, was shot in the leg and foot. She underwent two surgeries and told doctors to discharge her or said she would walk out on her own, when she found out about Cooper’s condition.

‘Cooper continues to fight as hard as he can,’ states a GoFundMe page for the Roberts family that had raised more than $925,000 as of Friday evening.

Seven people died after a gunman, allegedly Robert ‘Bobby’ Crimo III, 21, opened fire from a rooftop on the parade in an affluent suburb of Chicago on Monday morning. At least 39 people were injured.

Memorial services were held on Friday for several of the victims including Jacquelyn Sundheim, 63, Stephen Straus, 88, and Nicolas Toledo-Zaragoza, 78.