A boy has been bitten on the head by a mountain lion in Colorado – the third such attack in the state this year.

The eight-year-old had been playing on a trampoline with his brother outside their home in the town of Bailey, 35 miles southwest of Denver, on Wednesday evening.

A friend had called his name from a house nearby – and when the boy ran over the mountain lion pounced, Colorado Parks and Wildlife (CPW) investigators said.

When the boy’s father came outside, the mountain lion was on top of the child, but it ran away when it saw the man approaching.

Rebecca Ferrell, a spokeswoman for CPW, said the man had been “quite heroic” and had done “everything we would ask somebody to do”.

She added: “His efforts almost certainly saved his son’s life.”

The mountain lion had probably thought the playing children were prey, she said, with the attack instinct triggered by the boy running to his friend’s home.

The boy is in a stable condition in hospital. 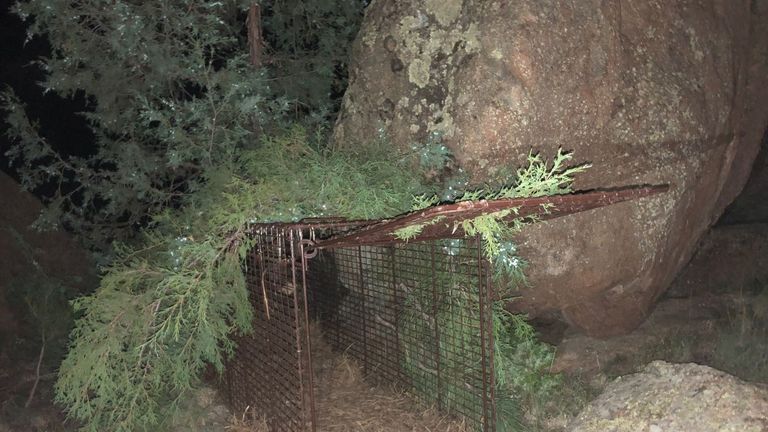 The mountain lion is thought to have been one of two trapped and euthanised after the attack.

Both cats matched the description given by the boy’s father, wildlife officials said.

CPW said the lions would be sent to a lab in Wyoming for DNA analysis, adding: “That is how we would be able to confirm with absolute certainty that we got the mountain lion from the attack.”

The attack comes a week after a man in Big Horn Park, northwest of Denver fought off a mountain lion with a pocket knife.

In February, a mountain lion attacked a runner near the city of Fort Collins, but the victim managed to escape.

There have been 22 mountain lion attacks on people in Colorado since 1990, three of them fatal.

Ms Ferrell said it was rare for mountain lions to attack people, although it was becoming more common as Colorado’s cities and towns continued to expand.