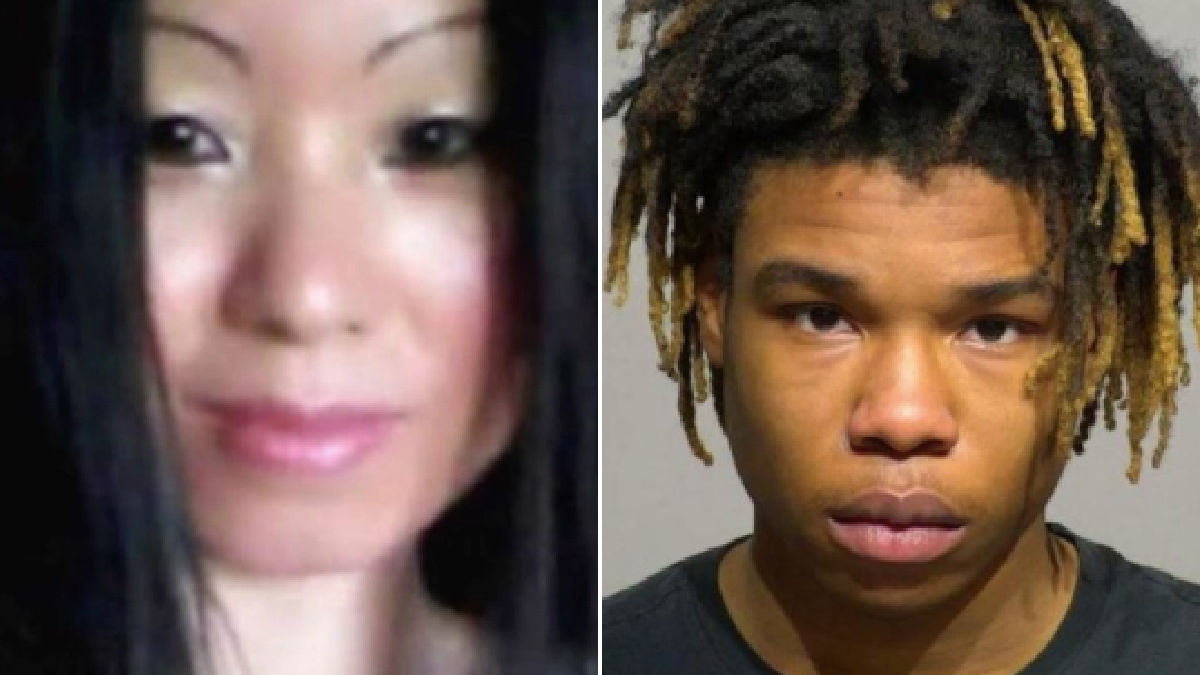 Two teenage boys filmed themselves raping and beating a 36 year-old parkgoer to death after they asked her for money and she refused, it is claimed. Kamare Lewis, 17, and Kevin Spencer, 15, are said to have begun torturing Ee Lee after walking up to her while she sat on a blanket in a park in Milwaukee, Wisconsin.

They attacked her after she refused to give them money, it is alleged, and dragged Lee towards the pond in Washington Park, where the pair raped and beat her. Lewis is said to have recorded the horrific September 2020 sex killing on his phone, and sent the video to friends on Facebook Messenger afterwards.

Both boys were arrested and charged with Lee’s rape and murder earlier this week, after the mother of another boy who witnessed the killing contacted police last month. That mom, who was not named, told police the clip showed the two boys ‘beating a lady’ while around nine other boys stood around and watched.

One unnamed boy whose DNA was found on a bottle near the scene told police: ‘(Lewis and Spencer) saw this lady on a blanket in the park…walked up to her to see if she had any money, and started harassing her.’

The boys are then said to have begun hitting and kicking Lee, a vulnerable woman who suffered from mental health issues, before dragging her towards the pond.

Another eyewitness said Lewis and Spencer forced Lee to perform sex acts on them while beating her, with Lewis brandishing his phone throughout.

A second person told of seeing Lewis ‘hitting (Lee) with tree branches and punching her in the face.’ That witness added that after Lee succumbed to her injuries, ‘Spencer told Kamare to put her in the water and Kamare was dragging her to the water.’

Spencer is said to have confessed to the rape and murder to investigators, while Lewis allegedly tried to downplay his suspected involvement in the killing.

Lewis is also said to have claimed that Lee offered to have sex with him consensually, in front of the other boys, Fox6 reported. He told investigators that he ‘didn’t really care about (Lee) because she’s not someone he knows personally’ after leaving her for dead.

Both boys are being held in jail ahead of their next court hearing. Speaking of her Lee’s death last month, the murdered woman’s sister Nancy said: ‘It hurts so bad, you know?

‘It really hurts me. I just want justice for her. That’s all I want. She don’t deserve to die that way.’